The Daily Nexus
Swim and Dive
Swimming Heads to LA for A3 Performance Invitational
November 20, 2014 at 4:59 am by Daniel Moebus-Bowles 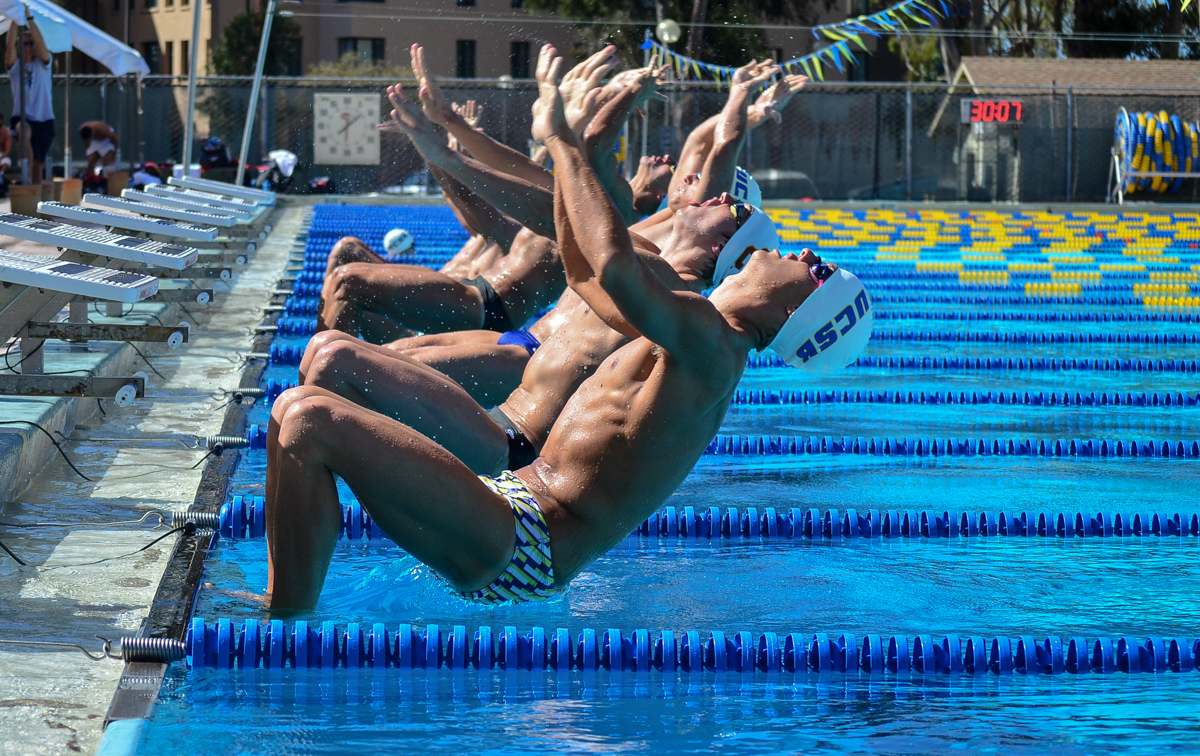 The UCSB men’s and women’s swim teams will head down to Los Angeles today to compete in the A3 Performance Invitational.

Thus far in the season, the men hold a record of 2-2 and the women stand at 3-2 as they head into two three-day events in the upcoming months.

“We have a done a great job in preparing for this meet,” junior sprinter Kimmie Kruezberger explained. “The team has been awesome this year and with the work that we’ve been putting in, I’m excited to see how we perform.”

Kruezberger herself is coming off a great team performance in which she helped two different relay teams reach second and third place honors against Wyoming University last Friday. Her 400-yard freestyle relay team took second with a time of 3:29.56 and her 200-yard medley team took third with a time of 1:47.19.

The women’s dominating team of breaststrokers can also be expected to flaunt their skills this weekend. Led by senior Katie Records, who took first place in both the 100-yard and 200-yard breaststroke last week, the team was able to sweep first and second in both events.

“One of the things that I have noticed about our younger athletes is their determination,” Kruezeberger said. “They go all out at every practice and every meet that we’ve had so far and to have them already at this level shows this team’s cohesiveness and potential.”

Two of these young athletes that Kruezeberger speaks of are off to strong starts so far in their Gaucho careers. Freshman breaststroker Alyssa Shew took part in the sweeping along with Records in the 200-yard race with a time of 2:21.83 as she came in second. Shew added another second place outing in the 400-yard I.M. with a time of 4:30.16. Along with Shew, freshman Elizabeth Pulido showed her strength in the 200-yard backstroke by coming in third overall and first for the Gauchos with a time of 2:07.34.

On the men’s side, sprinter Wade Allen will be the one to look for as he is coming off a hot week. The senior showed off his swiftness against Wyoming by taking first place in the 50-yard freestyle, coming in at a time of 21.11 seconds. Allen also contributed to the 200-yard medley relay as the final leg of the race. He personally came in at a time of 20.58, giving his relay team first place honors.

The meet is set to start this afternoon down at East Los Angeles Community College.