The Daily Nexus
Sports
Gauchos Look for First Win of the Season in Home Opener
November 20, 2014 at 5:05 am by Mark Salay 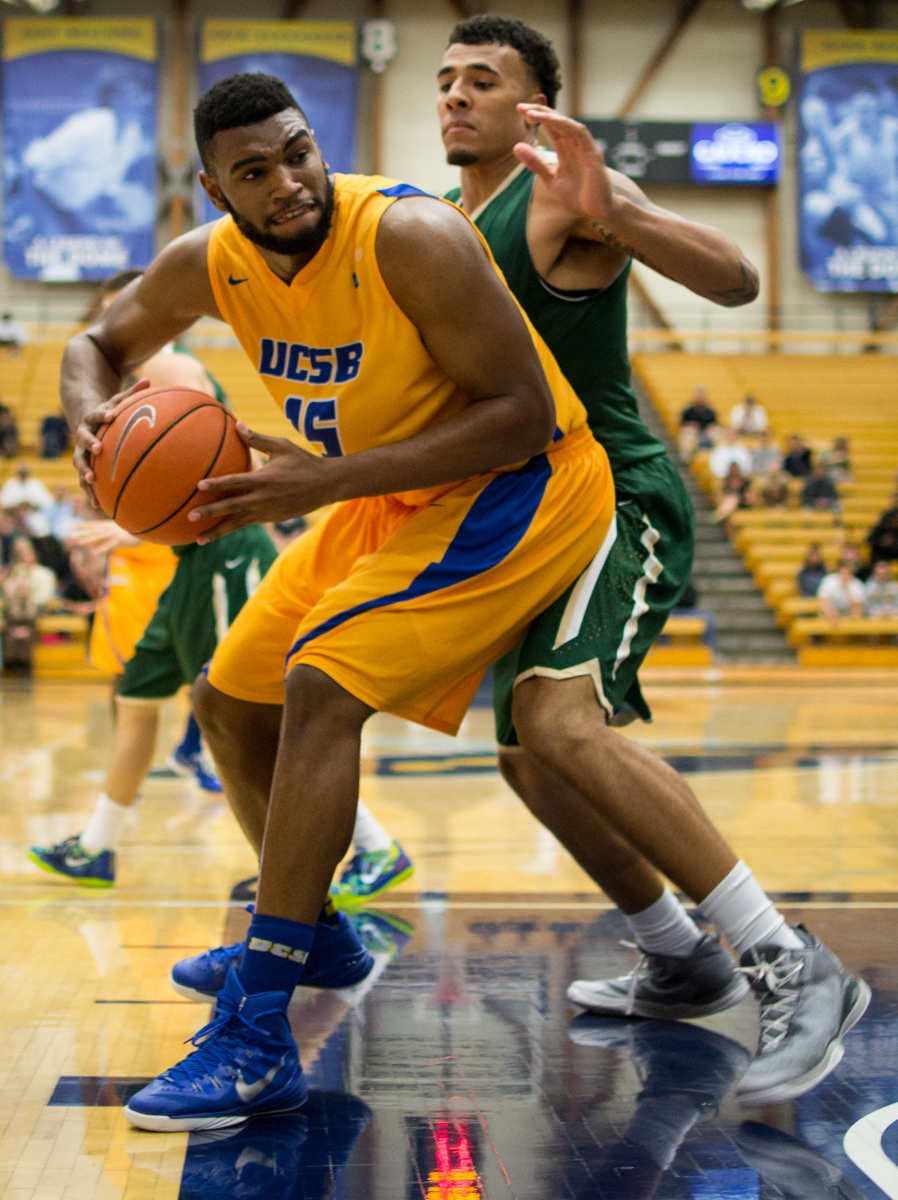 With two road games under its belt, the UCSB men’s basketball team returns for its first regular season home game against The Master’s College Saturday.

Santa Barbara enters the Thunderdome at 0-2 after two tough losses against Kansas and Florida Gulf Coast University. In their most recent game against FGCU, the Gauchos forced overtime thanks to a solid second half performance, but were upended after losing the rebound battle in extra time.

“There’s a fine line between being really successful and just average at this level,” Assistant Head Coach Kevin Bromley said. “So it’s a lot of little detail both at offense and defense to get better for this upcoming week.”

The Master’s College is a familiar opponent for the Gauchos; this will be the third consecutive year the teams play each other. The Mustangs come in at 2-1 on the season after defeating La Sierra earlier this week.

Senior center Alan Williams has started the year on a tear en route to being named Big West Player of the Week for the ninth time, the most in conference history. The double-double machine has been just that so far, averaging 25.5 points per game on 75 percent shooting from the field, and grabbing 14.5 rebounds per game.

“What he’s improved so much form last year is his poise in the post,” Bromley said. “He can be double teamed, they can throw different guys at him and he just has great poise. He’s a lot better passer off the post.”

The road trip also previewed what junior guard John Green is capable of contributing off the bench this season. Green played significant minutes in the FGCU game, scoring a career-high 17 points and drawing two offensive fouls on the other end of the court.

A factor that has caused problems for the Gauchos is their three-point shooting percentage. In each of its two regular season games, UCSB has shot below 22 percent from behind the arc, an area of concern considering the team likes to play an inside-outside game, with shooters on the perimeter needed to relieve pressure from Big Al when he is working in the post.

For UCSB to start improving from three-point range, junior guard Michael Bryson, the team’s leading three-point shooter from last season, will need to start making shots. Bryson has only sunk 25 percent of his opportunities from long distance despite being tied on the team for most attempts.

For the Mustangs, senior forward Chris Patureau leads the team in scoring with 17.3 points per game. Sophomore guard Evan Jenkins will be the primary ball-handler and takes responsibility for setting up the offense in transition and in half-court sets.

Tip-off on Saturday at the Thunderdome is set for 4:00 p.m.

A version of this article appeared on page 8 of November 20, 2014’s print edition of the Daily Nexus.