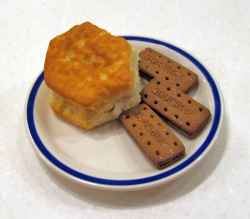 This is a question I get a lot. Not as much as I used to, because it’s becoming harder for people to recognize my accent. I used to be able to walk into a store, say a simple “hello” to a shop assistant and get immediately bludgeoned by personal questions. “You’re British? When did you move? Have you met the Queen?” I can’t tell you how popular this last one is; as if having lived in England automatically gives me access to the Royal Family (I act outraged, but I actually know at least two people that have had tea with the Queen. I’m not kidding. Tea.). I’ve been in America for six years now, so my accent has morphed into a weird half drawl thing that’s unrecognizable as a traditional English accent. More and more people confuse it with Australian — this is especially awkward for me to explain because my parents are Aussies that decided to raise their kids in England, making me technically Australian. I have a passport and everything.

The loss of my accent is a constant struggle for me. I find that my mangled voice morphs depending on whom I’m speaking to. If I’m talking to my English roommate the accent comes back in full force. However, if I’m on the phone or meeting someone new, “r’s” will immediately curl around my tongue and I’ll shove my “ah” vowels to the back of my throat. I used to not be able to say “football” with an American accent. I’ve come a long way.

You know, it’s hard to say. (I want to specify before I continue that my experience with America is limited to Southern California — any comparisons I draw from here on are based off of that). England is romanticized in my mind because of its connection to my childhood, and I think we all see our childhood through rosy lenses. I moved to California at the ripe, adolescent age of 13, so it’s easy to associate America with growth — and acne. I also associate America with materialism, partly because I moved to Newport Beach and partly because 13 is the age you start caring about hair, make-up, boys and clothes. I like the convenience of America — Amazon being a prime example — and how everyone drives everywhere no matter how short of a walk it would be. The roads are well-kept, and the store assistants are paid to be friendly. I especially love “the customer is always right” mantra because if you try to play that card in England you’ll be met with blank stares. Everything in America really is cheaper, too. Except Topshop. Topshop jacked up their prices for the U.S. Bastards.

“So is there anything you, like, hate about America?”

Yes: that question. Also healthcare. The weird stance on gun control. The candy (English candy is undoubtedly superior). The obsession with soda. The giant portion sizes. The comically large roads.

There are things I hate about England, too. I used to have to travel two hours by bus for school. Customer service wasn’t nearly as efficient in England. It was constantly raining, and if it wasn’t raining it was gloomy enough that you wished it was raining. I was always at least a 40 minute journey away from my friends. And avocados are pitiful in the U.K.

There are a lot of intangible dissimilarities I can quietly rattle off to myself, but the one that stood out most to me when I first moved here was just how loud everyone is. Friendly, too. I used to walk into a store and be absolutely terrified by the chirpy “Hey! How are you doing today?” Forced friendliness isn’t nearly as popular in England — I would go as far to say that people relish in occasional unfriendliness. What I miss most is the rich sense of history that lingers in English architecture and teachings. California sometimes seems too young — although that could be the beach culture.

“Are the people different?”

Absolutely — again, this is difficult to put into words. One significance is the break between children and adults in England (when I started high school here I was appalled at the casual banter that occurs between teacher and student). I used to call my friend’s parents “Mr. ____” and “Mrs. ____” — to this day I still struggle with addressing adults in any other way. And, as I mentioned before, you are all much louder than you think you are. I’ve definitely adapted to this, but it was shocking to behold at one point. Another thing about America is people are much more openly friendly, yet the English strive to be courteous. It’s a strange balance.

“I heard British food is gross.”

You heard wrong. And that’s rude. We may not have Mexican food but our Indian is delectable, and while English cuisine itself may not be considered a delicacy, it’s fantastic comfort food (bangers and mash, anyone?). Chinese is also significantly better in England, and there are many more European influenced cuisines. I will admit America does burgers better.

…I don’t know. England and California are both magical in their very own, very distinctive ways, and I don’t regret the time I’ve spent in either. I may not know where I’m going to end up, but I guarantee I’m not done with either country. And who knows? Australia could be calling my name.