The Daily Nexus
Volleyball
Gauchos End Road Trip On Losing Side
November 17, 2014 at 5:01 am by Sarah Stigers 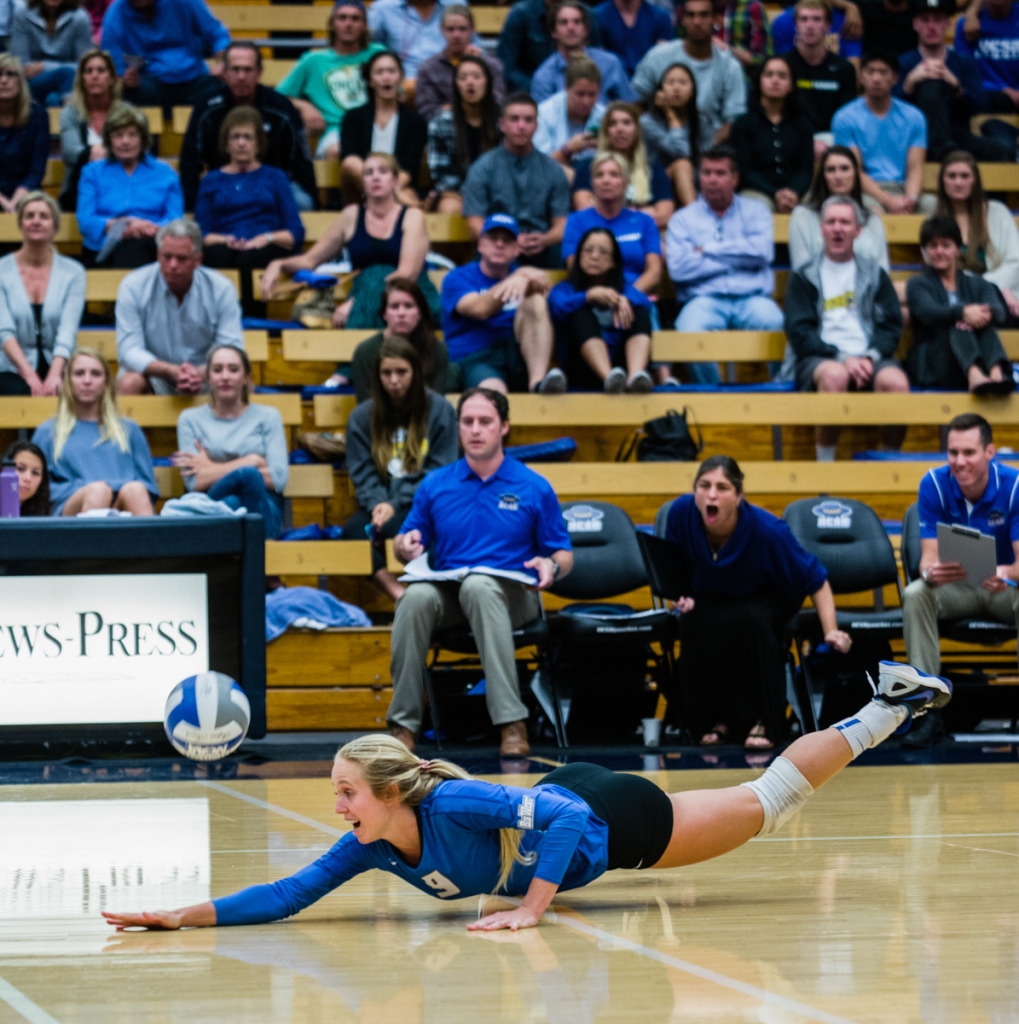 The UCSB women’s volleyball team went 0-2 this weekend on its trip south as it dropped six straight sets to lose 3-0 against Cal State Northridge on Friday and 3-0 to Long Beach on Saturday.

“This weekend was disappointing, we didn’t play up to our potential,” junior outside hitter Ali Barbeau said. “If we had gone out and played 100 percent and come up short then it would’ve been easier to accept, but we know we didn’t put it all out there.”

“Long Beach has a versatile, quick-tempo offense with high-flying athletics hitters,” junior libero Shauna Klein said. “We worked to prepare defensively but I think the difference was the amount of hitting errors between the two teams.”

On the Gaucho side of the net, junior outside hitter Jaylen Villanueva hit for a team-high .250 hitting percentage with 12 kills and 14 points. Defensively, sophomore outside hitter Ali Spindt recorded 14 total digs. Red-shirt freshman middle blocker Kristen Berlo also had three of the team’s six block assists.

“Our game plan was to come out aggressive and win the serve and pass battle, but we came out flat and weren’t ever really able to recover. We were in somewhat of a mental hole,” Spindt said.

In a battle of offenses, the Gauchos hit for a .242 team hitting percentage, and the Matadors, .319. Both teams also recorded 91 total attempts and eight block assists, but the Matadors ability to take advantage of key situations put them over the top on their home court.

“CSUN is a great offensive team, but we let them do exactly what we knew they wanted to do,” Barbeau said. “They also had a good defensive game against us, which I think we weren’t expecting. In the end, they really just out-worked us.”

Big hitters for the Matadors were junior outside hitter Danetta Boykin and senior middle blocker Casey Hinger. Both players hit for 14 kills on Friday, Hinger swinging for a .435 hitting percentage and Boykin, .407. Along with Hinger’s 16.5 recorded points, she also went up for three of the team’s eight block assists.

“We always expect teams to come out and play their best against us,” Klein said. “Especially towards the end of conference play, everyone is looking to win out and get revenge on different teams.”

A standout player in Friday’s Gaucho offense was freshman outside hitter Chanel Hoffman, who swung for a .231 hitting percentage and a team high 11 kills and 12 points.

The Gauchos will return home next weekend to play Hawaii on Friday at 7 p.m. in the Thunderdome.