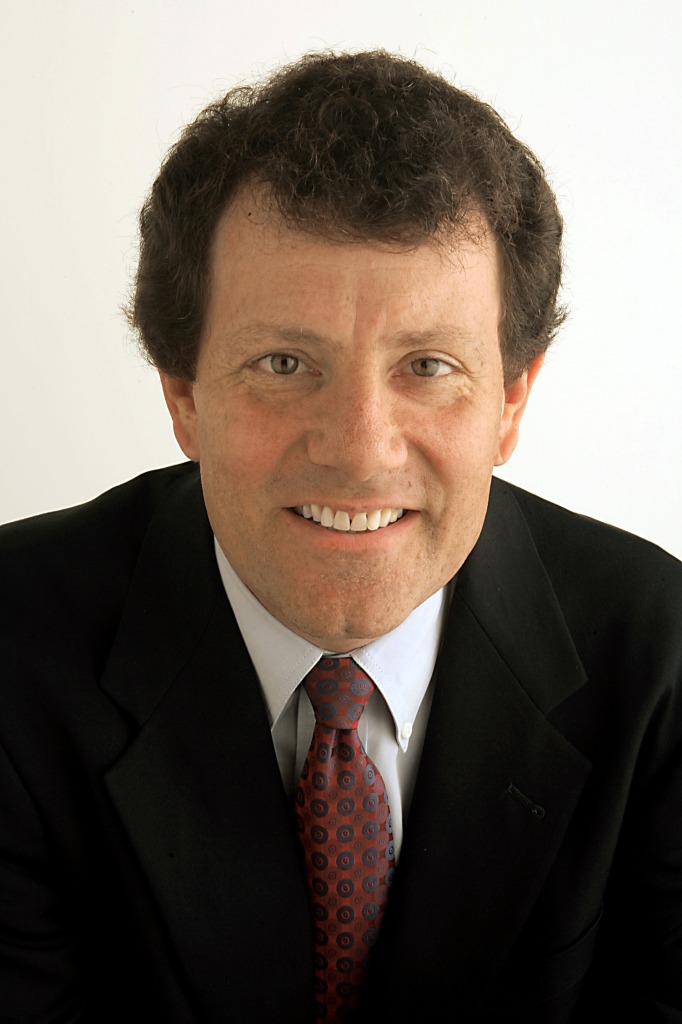 Professor of Sociology Richard Appelbaum began the lecture with a moderated conversation with Kristof, followed by a 15-minute Q&A session with the audience. During his lecture, Kristof spoke about his time reporting in various conflict-ridden areas around the globe as well as about what he calls the “empathy gap,” a phenomenon in current news reporting which fails to follow up on the need for action in areas facing humanitarian crises.

According to Appelbaum, Kristof’s work has led him to extraordinary situations while traveling. For instance, the Chinese government denied Kristof a visa due to his New York Times reporting on ethnic cleansing in Sudan, for which Nobel Peace Prize winner Desmond Tutu calls Kristof an “honorary African,” Appelbaum said.

“Nick is a deeply engaged journalist, a relentless educator,” Appelbaum said. “Santa Barbara is the most benign place he is likely to visit. Nick subscribes to the Indiana Jones school of journalism.”

Kristof’s newly published book, co-written with his wife Sheryl WuDunn, A Path Appears, addresses one of the constraints of global philanthropic efforts, which Kristof describes as “an empathy gap.”

“The starting point is to chip away at this distance, build a broader scope of empathy and agreement,” Kristof said. “When you encounter need, you respond. Poverty is not just an economic failing, it is a moral failing on the part of people who can help.”

Kristof said while “there is a deep human yearning for silver bullets,” in reality it takes a consistent effort of small actions to “collectively have an impact” on global crises.

“It’s because of this kind of change that I believe extreme poverty is going to be eliminated on our watch,” Kristof said. “I’m a great believer in education, in my opinion it’s the best escalator out of poverty. But when we have tools and knowledge that would transform the lives of children and we don’t implement them, there is a real irresponsibility on the part of society as well.”

According to Kristof, the tendency of journalists to “avoid … hopefulness” has created a flaw within news reporting.

“We leave the impression that Africa is crashing when in fact there are amazing things going on,” Krisof said. “The problem is that the worst in the world is often next to the best. We need to convey triumphs as well as disasters of human conviction.”

Kristof also said people and governments fail to use all the tools available to address crises, such as the recent outbreak of Ebola in West Africa.

“We should have learned from AIDS,” Kristof said. “You have to intervene early, but there was no rush with Ebola partially due to indifference. We could have stopped [Ebola] at a huge saving of money and lives.”

Kristof also said he is concerned with the public disinterest in current news, discussing an ABC TV special on global health and the subsequent cancellation of the special.

“The Bill and Melinda Gates foundation had bribed ABC to cover global health issues, and by bribe I mean a grant,” Kristof said. “After one series, ABC News said that they didn’t want the money from the foundation anymore because viewers switched the channel when these programs came on. Is there no business model to cover really important stories?”

Kristof said he predicts the reporting and covering of important stories will decline further in the coming decade.

“If you think we’ve dropped the ball in the last 10 years, it will get worse in the next ten years,” Kristof said.

According to Kristof, George Clooney was a “terrific travel partner” during their time traveling to Darfur, Sudan, in 2009, where Clooney hoped to draw media attention to the genocide in Darfur.

“We shared a room in Darfur that has a huge bloodstain on the wall, it was never explained,” Kristof said. “When we involved celebrities in our novel we were worried it would cheapen issues, but at the end of the day it is difficult to get people’s attentions to these issues.”

Political science graduate student Shannon Schumacher, who participated in the Q&A portion of the lecture, said that while she was a “little bit disappointed” by the lack of structure in Kristof’s argument, she expressed appreciation that Kristof offered solutions to the problems he presented.

“Some key points I really did enjoy were his comments on his idea of the empathy gap and trying to generate how can people see things from other sides and how can we as individuals really feel empowered to help,” Schumacher said. “I like that he offered suggestions of how to do that but I was looking for a little bit more.”

Recent alumnus and former biology major Andrew Floren was able to speak with Kristof before the lecture, which he said offered him a “unique perspective” on topics discussed during the lecture.

“I asked him how he keeps his idealism and he kind of touched upon it,” Floren said. “‘It’s being out in the field and doing a lot of work,’ [he said] and I just looked him in the eye and I understood because I’ve been out in the field as well internationally and it’s something where once you see that, you can’t look away you can’t ignore it.”

Fourth-year global studies and communication major Katie Koerper said while the lecture did not give her a clear idea of what she will pursue after graduation, Kristof’s lecture “reignites the fire of really wanting to help people.”

“I think this is very inspiring for me because I hear, as well as study, a lot about these topics,” Koerper said.
While concluding his lecture, Kristof said each individual has their own “spotlight” they can use to move change in the world.

“Whether it be your Twitter, Facebook, book clubs or bulletin boards,” Kristof said. “Use these lights to shed information on the important issues. As we drop the ball, I hope you guys can pick it back up.”

Nice article, but one correction: I never said “For instance, the Chinese government denied Kristof a visa due to his New York Times reporting on ethnic cleansing in Sudan..” I said that his visa was denied most likely because the New York Times had done extensive reporting on corruption at the highest levels in China, and the Chinese gov’t was displeased about this.