The Daily Nexus
Opinion
Well Republicans, What’s it Gonna Be?
November 13, 2014 at 8:44 am by Matthew Meyer 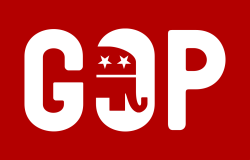 The GOP hit a home run in last week’s midterm elections. Will they round the bases and score or trip on first and break an ankle? The answer to this question depends on the party’s ability to resist their far-right wing and move in a moderate direction.

Last Tuesday’s forecast called for a Democratic trouncing. A majority of the tightest races took place in states that supported Romney in 2012. Midterms regularly report abysmal turnout amongst young, low-income and minority voters. Add the nation’s resounding disapproval of Barack Obama and the stage was set for Liberal defeat.

When the dust settled, Republicans solidified an iron grip on the House and gained control of the Senate. The party holds both chambers of the legislative branch for the first time in eight years.

The GOP appears poised for dominance over national policy. The party will not be able to seize this opportunity, however, if they cannot move in a single direction. Today’s GOP is divided by ideologies from all over the American conservative spectrum.

The Christian Right holds deeply conservative views on social issues, but can be more flexible in the economic arena. By contrast, the Libertarians employ a “hands-off” approach to government that makes them lenient on social issues, but strictly conservative economically. Libertarians insist on distinction from their offspring, the Tea Party, and Tea Partiers regularly clash with the Big Business Wing.

These ideological generalities only vaguely describe the congressmen who hold them. Members of the same faction often describe their views very differently and some even refuse the Republican label. More significantly, the categories leave out the most important segment of the GOP: moderate conservatives who do not prescribe to a specific dogma. These senators and representatives hold the Republicans’ key to success.

In certain races, this year’s midterm campaigns demonstrated the benefits of a moderate message. Recognizing the public’s evolving attitude toward social issues, many Republican candidates softened their stance on controversial subjects.

In September, the Washington Post noted that Republican candidates in four different states support over-the-counter contraceptives. In the same month, conservative representative Tom Cotton told a radio host that he would vote for the Arkansas minimum wage increase. Other candidates declined to oppose Medicaid expansion, dropped their opposition to gay marriage or took centrist positions in the climate change debate.

Whether candidates actually believe their message is irrelevant; they take stances when they realize voters will respond. It would be an overstatement to declare that moderate positions won Republicans the Senate, but members of the GOP succeeding with centrist attitudes signals an important shift.

With elections now over, Republicans are not guaranteed to continue toward moderation. Powerful party leaders, like Ted Cruz and Rand Paul, repeatedly voice uncompromising conservative views. In the midterms, plenty of candidates ran a successful far-right campaign in red states. Post-election, some campaign “moderates” will return to the extreme end of the spectrum as well.

If the GOP rallies behind these intensely conservative members, the new Congress will look frustratingly similar to the 113th. Faced with an antagonistic Legislative Branch, President Obama clings to his veto power. The new Congress employs the strategy of its predecessor’s minority parties, sending bills to the President with full knowledge that they will be rejected. In turn, the GOP will criticize Obama and the Democrats for blocking critical progress.

The Democrats in the House and Senate tirelessly protest each bill, adding to the divisive atmosphere. Filibusters and vetoes halt the country’s evolution. The Legislative Branch will fail to legislate for another two years.

This familiar script is not the only option. If moderate Republicans wrest control of the party from their uncompromising counterparts, some progress can be made. Democrats desperately want to legislate again and Obama has incentive to pass bills that will improve his legacy. The Republicans sit in a position of power and if they bargain reasonably, they can pass legislation that still promotes conservative ideals.

By drafting and passing realistic bills, the GOP puts pressure on the Democrats. Obama and his party do not want to be responsible for deepening gridlock as Republicans act visibly proactive. The GOP cannot repeal Obamacare, but they can dictate the specifics of bills on immigration, trade and energy reform. While they may not pass anything revolutionary, a moderate Congress could achieve more than the one that preceded it.

This outcome is not just more desirable for the Republican Party as the 2016 election approaches, but may be beneficial for the country as a whole.

In this year’s midterms, voters sent a clear message to Congress. The American public voiced its frustration with gridlock and bickering. They want progress and will be impressed by any meaningful movement after watching legislation stall for so long.

As opposed to this year, next election’s Senate map looks harsh for Republicans. Turnout amongst crucial demographics increases for Liberals and Hillary Clinton is almost certainly the Democratic candidate. Clinton’s campaign will invigorate the same young progressives that drove Obama’s pioneering election.

To overcome these challenges, Republicans need to paint themselves as reasonable and efficient. Their candidates need to boast a track record of legislative progress from their time controlling the Congress.

Now that the GOP controls both chambers, they can force the hands of Democrats. If moderate leaders propose reasonable bills, Liberals can either compromise or face the consequences. If they allow their extreme members to push them toward obstructionism instead, the country and Republican candidates alike will suffer.

Matt Meyer is moderately hopeful that this Congress will turn out to be a moderate one.