The Daily Nexus
Film & TV
A Portrayal of the Personal Lives of Stephen and Jane Hawking
November 13, 2014 at 4:41 pm by Arasch Blurfrushan 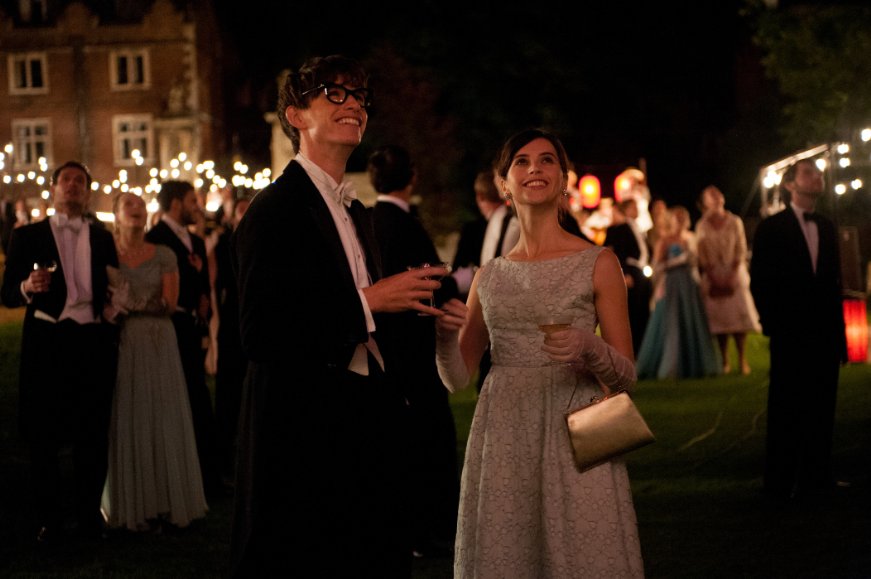 In 2004, novelist and screenwriter Anthony McCarten read Travelling to Infinity, the autobiography of Jane Hawking, first wife of the iconic physicist Stephen Hawking. Her story inspired him enough to catch a train and knock on her door, initiating an eight-year mission to earn her trust and acquire the rights to her book to adapt it into a motion picture. For those eight years, he crafted a screenplay that became the film “The Theory of Everything”.

“The Theory of Everything” traces the lives of the Hawkings from their first meeting at Cambridge University through the 1980s. Shortly after they met in 1963 and after only a few dates, Stephen was diagnosed with ALS and given two years to live. Despite the tragic news, Jane decided to continue seeing him and dedicated herself to helping him fight the disease. They were engaged in 1964, and she stuck by him as the disease progressed, eventually causing him to lose his abilities to walk, talk and take care of himself.

Stephen Hawking is famous for overcoming the limitations of his disease and making advances in the field of theoretical physics and cosmology. However, “The Theory of Everything” focuses on the behind-the-scenes aspects of Hawking’s life and the impact Jane had on it. She really was the unspoken hero, who gave up her studies in order to help him live, something he was not capable of doing on his own. Her efforts allowed him to focus on physics and make the accomplishments that made him the legend he is today.

The film is deeply character-driven, focused on personal lives and relies heavily on the performances. Eddie Redmayne and Felicity Jones portray Stephen and Jane, and they do not disappoint. Their performances are exceptional. Redmayne’s portrayal is particularly impressive because of his lack of dialogue in the film. He depicted the slow deterioration of Stephen’s speech, which culminated in complete loss after a life-threatening surgery. Redmayne used facial expressions to convey much of Stephen’s emotions while illustrating the different stages of the disease, a difficult feat when one keeps in mind that scenes are not filmed in chronological order. Jones, on the other hand, excellently portrayed Jane’s struggle to balance taking care of her husband, raising their children and dealing with their financial problems.

Although it wouldn’t really be a spoiler since the film is not fictional, I won’t reveal how the film and the Hawkings’ marriage pans out. But I will say that the final act gave me a new perspective on Stephen Hawking. I can say for certain that he would not have been able to do what he’s achieved or make the impacts he’s made if it was not for Jane Hawking. She gave up her dreams for love, dedicating her life to a man she had just met. She saw something in him that was powerful enough for her to make such a life-changing decision, and she was strong enough to devote herself to him. What she did is a great achievement in itself, and one that not very many people would be capable of. It had a larger impact on the world than she probably ever imagined.

When I first walked into the screening at Pollock Theater, I felt the fear that I always get when seeing a biographical film, the fear that it wouldn’t effectively convey the intricacies of the subject’s life. These films boil down the long and complex journey of a person’s entire existence to two hours. Think of all the inherent problems and difficulties that could come with that. However, “The Theory of Everything” does not claim to delineate Hawking’s entire life, focusing instead on one particular aspect of it. And it portrayed that surprisingly well.

I wasn’t the only one that didn’t house many complaints. In the Q&A that followed the screening, Anthony McCarten told the story of when they screened the movie for Stephen Hawking himself. He was brought to tears, and after providing the gift of his unique computer voice to the producers, the only complaint he had was why it ended only halfway through his life.

“The Theory of Everything” opens at the Camino Real Marketplace Theater on Nov. 21. For tickets and showtimes, go to metrotheatres.com/movie/181952/The-Theory-of-Everything. For more information about future Pollock Theater sponsored screenings, go to carseywolf.ucsb.edu/events/all. The first 100 students to log onto the site for an event get free tickets!