The Daily Nexus
News
Measures P and S Fail To Pass Midterm Election
November 6, 2014 at 5:00 am by Sarah Romero 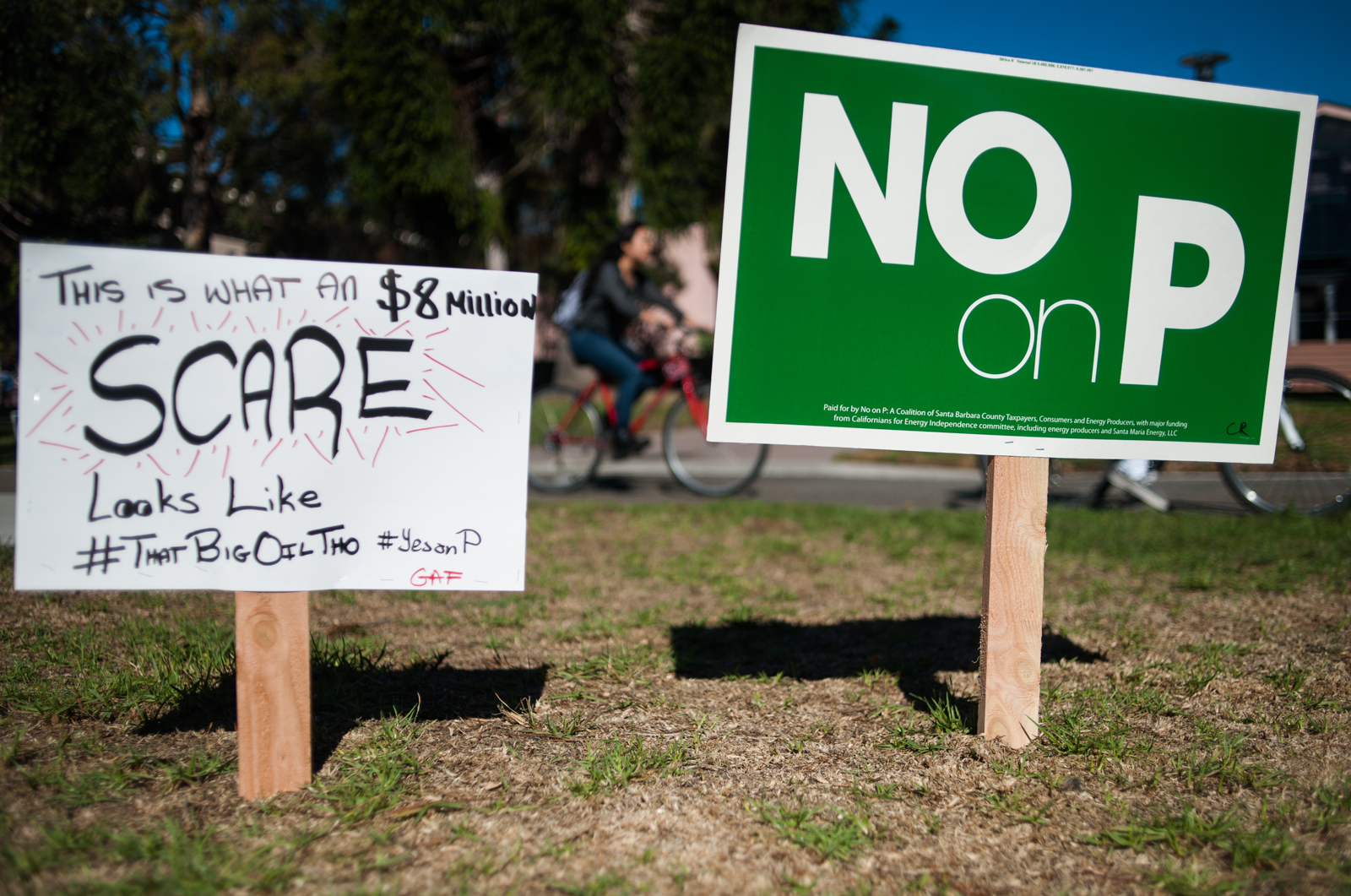 Proponents argued Santa Barbara City College provides the city a valuable resource and needed the upgrade, but opponents decried the high price that would fall on taxpayers, especially considering that most SBCC students come from outside of the district.

“The oil companies provide many job opportunities and services that would have hurt the county’s economy,” Ebenstein said.

Campaign Committee Chair for the “Say Yes on P” organization Rebecca Claassen said she blamed the measure’s defeat on the $7 million worth of “deceptive advertising” against Measure P funded by the oil industry, but that the campaign still made progress toward positive changes.

“I think it is important that Measure P was on the ballot to raise awareness in the community around dangerous oil extraction techniques moving into our county,” Claassen said. “We need something like Measure P to head off the massive expansion of these risky technics and so measure P is really just the beginning … The hearts and minds of Santa Barbara County have been set on a different course, away from dangerous oil extraction and towards renewable energy.”

Ebenstein, a supporter of Measure S, said he was disappointed with its narrow failure, given the value SBCC could provide with better facilities.

“It’s unfortunate because an opportunity was missed,” he said. “It was a very important issue for UCSB because many SBCC students attend UCSB or live in I.V.”
However, Lou Segal, a member of the “No On S” committee, said he did not believe the measure would increase students’ opportunities of transitioning to a four-year college and that SBCC’s plans to upgrade their school would attract even more students from outside the district, which would only add to the current lack of housing in Isla Vista, citing I.V.’s 0.06 percent vacancy rate.

“There are around four to five thousand SBCC students living in I.V., and almost all students are coming from out of district,” Segal said. “You have a tremendous demand for housing and very little supply. City colleges are not sensitive to the problems they would be causing. The failing of this measure sends a message to SBCC that they didn’t listen to the community very well. They went off on their own.”

A version of this story appeared on page 4 of Thursday, November 6, 2014’s print edition of the Daily Nexus.

The arguments endorsed by this paper against measure S were ridiculous. Building a better school downtown would not necessarily have contributed to the housing crisis in Isla Vista. While those buildings were being constructed, housing could have been constructed. There would be incentive to provide affordable housing in our area, something that has been blocked at every turn for too long. When you lack housing, there’s a market for it. Right now, real estate companies would rather sit on their property until the land values go back up than develop the land. If you want to see that change, you… Read more »