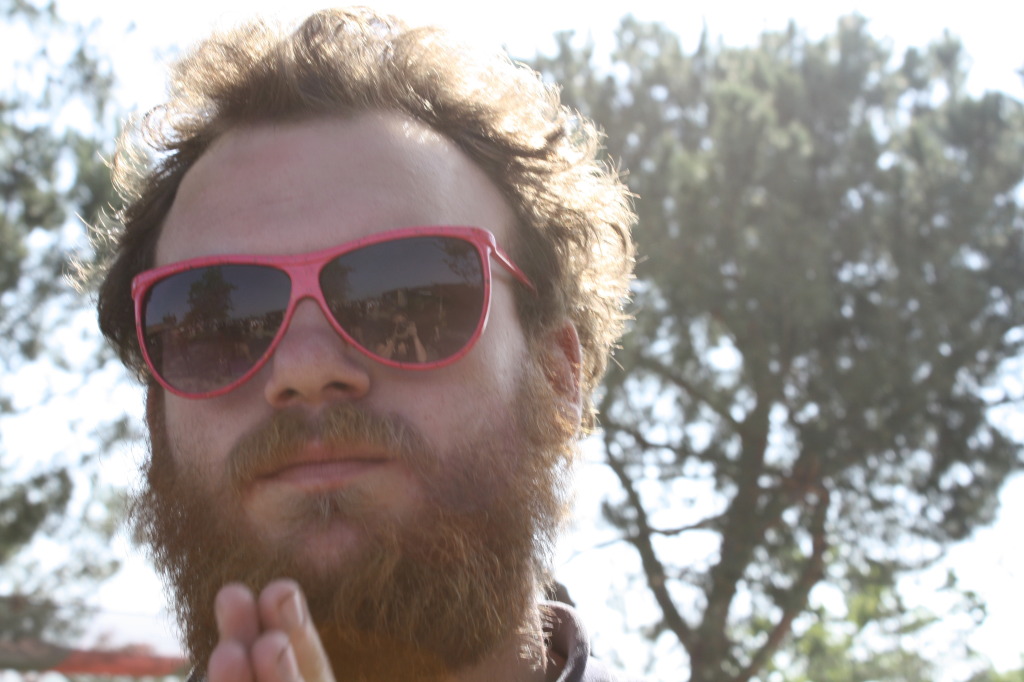 I’m swimming through the streets of IV on my fixie and the cacophony of the undulating music blended by the town’s residents is harsh. This is a daily experience that intrigues me so much that I have discarded headphones more often than not while biking. The bumping four-four of EDM mixes with the accented third hit of reggae; the reggae gets lost to the fast paced snare and bass drums pumping through a screaming guitar playing raw, ear-shattering rock ‘n’ roll.

Whatever you are hearing, the overwhelming boom, boom, boom, boom of EDM will trump any other sound, be it the excited yells for joy as the bass drops or the drunken revelries of any student walking the streets on a free night. Even the noise ordinance does not seem to entirely wipe out the deep bass and late into the night one can still dance along to a tune while walking home. However, with a trained ear and just a little awareness, one can pick out the brief cries of true instruments straining to be heard above the surrounding din.

Time and time again I speed through this town and hear the clash of crash cymbal and guitar and slow down to listen for as long as possible. Otis Redding, Led Zeppelin, Bob Marley and others stream through students’ instruments, creating an audio scene reminiscent of a golden age of music creation. The simple act of picking up some instruments with fellow musicians and creating music attracts me so much that I began to feel “left out of the fun” as it was.

Enter Weston Spiro, a talented young pianist with a Ray Charles feel around his keyboard. Living in LA, this jazz-filled man’s repertoire includes composing the music for a kung-fu film, the founding of a funk-jazz band (slightly neo-classical) and securing a permanent spot in the Getty Museum with a catalogue of extremely varied music (not to mention the symphonies he composed at the age of fifteen that initially permitted Spiro to join the Getty). My roommate, with whom Spiro shares a great friendship, has the fortune to play trombone for Spiro’s band, and ensures that the front man makes an appearance in Isla Vista every now and then.

This past weekend was one of those lucky “now and thens”. Spiro sparked our house into an epic jam session that included a keyboard, an alto saxophone, a shimmering silver flute, a deep, full trombone and an imported Kenyan djembe from The Netherlands. The session began as easily as the sunrise and quickly evolved into a velvety pulsating flow of smooth jazz with a little pep in its step. As if everyone had played together before, phrase after phrase rolled through the sunset air with ease.

As if physically synced together, the musicians, myself included, breathed as one and indicated each other’s time to solo by slight tips of the head. Led by Spiro, this makeshift band of jazzy jammers was able to attract neighbors with their rhythms and melodies. Twice, people stopped by simply to listen and enjoy, stating that they were happily surprised at hearing this music amidst Del Playa Drive, an unusual locale for a jazz session.

Now, granted none of this sounded anything close to the great Duke Ellington’s expertise (besides Spiro himself), but the simplistic way in which this collaboration formed and was able to play together was the true beauty of the experience.

Being on the listener’s side countless times, I thoroughly took pleasure in turning the tables on IV. Tasting music that I helped create made me much more appreciative of any live music I hear being played in this beachside college town. There’s an audible battle waging between the electronically produced music of the 21st century and the instrumentally, vocally pure music of almost every century prior (resembling that of the vinyl record vs. the CD), and Isla Vista is cast right in the thick of it all.