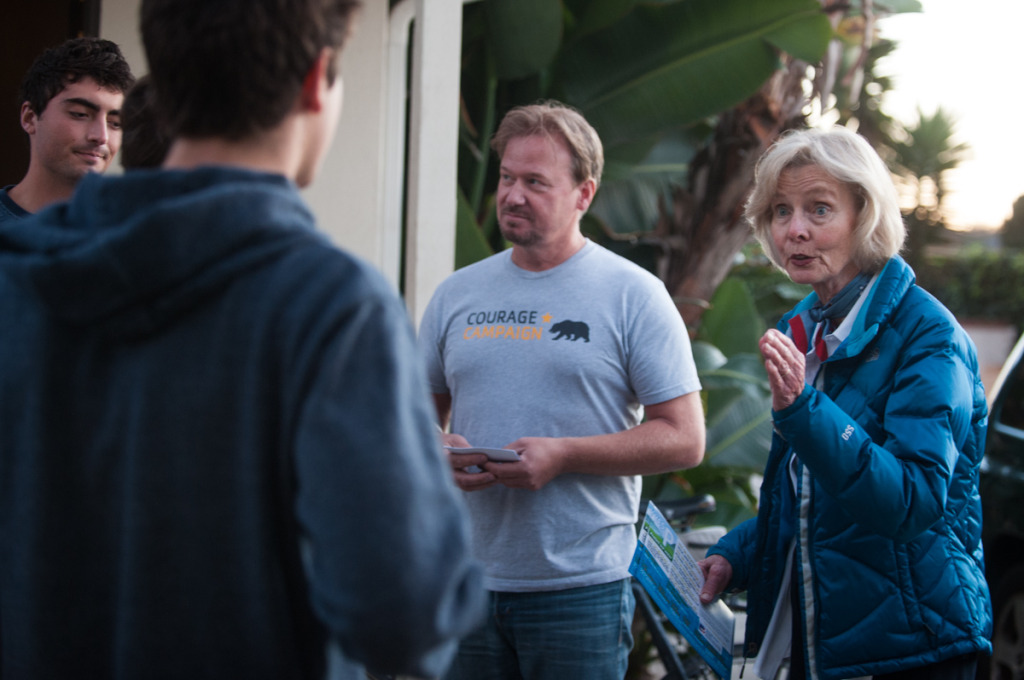 Lois Capps, who has retained her seat in the House of Representatives, visited campus and went door-to-door in Isla Vista yesterday with community leaders to urge students to vote. Cameryn Brock/Daily Nexus

Congresswoman and Democrat Lois Capps, representing Santa Barbara and San Luis Obispo counties, kept her seat by a slim margin of 52.3 percent of the vote over her competitor, Republican and actor Chris Mitchum. Democratic Assemblyman for Santa Barbara and Ventura Counties Das Williams, who has been in the assembly since 2010, won again. Measures P and S, the former a county-wide cyclic steam injection ban and the latter a $288 million dollar bond measure for facilities improvements to Santa Barbara City College, both failed. Measure P went down with over 60 percent of voters saying no, while the Measure S failed by roughly 1,000 votes. County Measure O, which called for increasing an existing transient occupancy tax for the county of Santa Barbara, also failed, with 58.51 percent of voters against it. 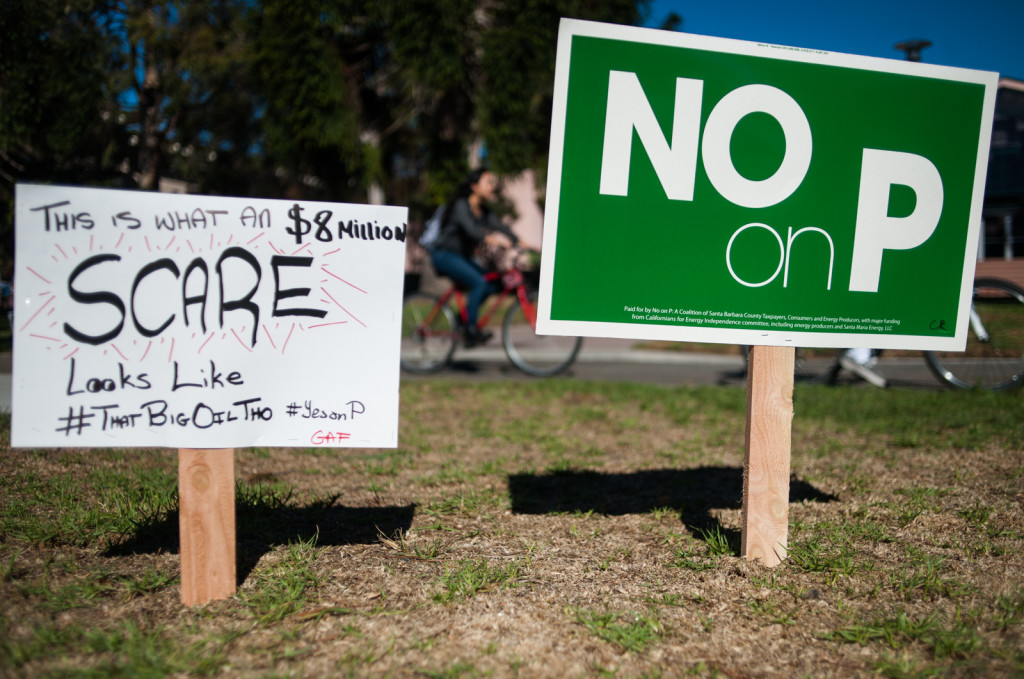 Incumbent California Governor Jerry Brown was also victorious over Republican challenger Neel Kashkari, beating Kashkari with just over 58 percent of the vote with 96 percent of precincts reporting. With the victory, Brown will enter an historic fourth term as governor, which will also be his last per California law.

Also notable was the victory of former Associated Students president and community organizer Jonathan Abboud in his campaign for a seat on the Santa Barbara City College Board of Trustees. Abboud won against retired entrepreneur Ethan Stone, capturing just over 60 percent of the vote for the Area 6 seat, encompassing Isla Vista. Abboud, at 22 years old, is the youngest trustee ever elected to the board.

Proposition 45, which requires the state’s Insurance Commissioner’s approval before a health insurer can change its rates, failed to get more than 40.1 percent of the vote. Proposition 46, which required drug testing for physicians, also went down with 67.2 percent of voters saying no.

In national elections, the Republicans picked up seven seats in the U.S. Senate, gaining a majority in that house for the party for the first time since 2007. The GOP also picked up 13 seats in the House of Representatives, placing majorities in both houses of Congress in control of the Republicans.

Since Prop P was defetted, what can we expect too happen in the future in the Oli industry?

Maybe people will learn to spell?