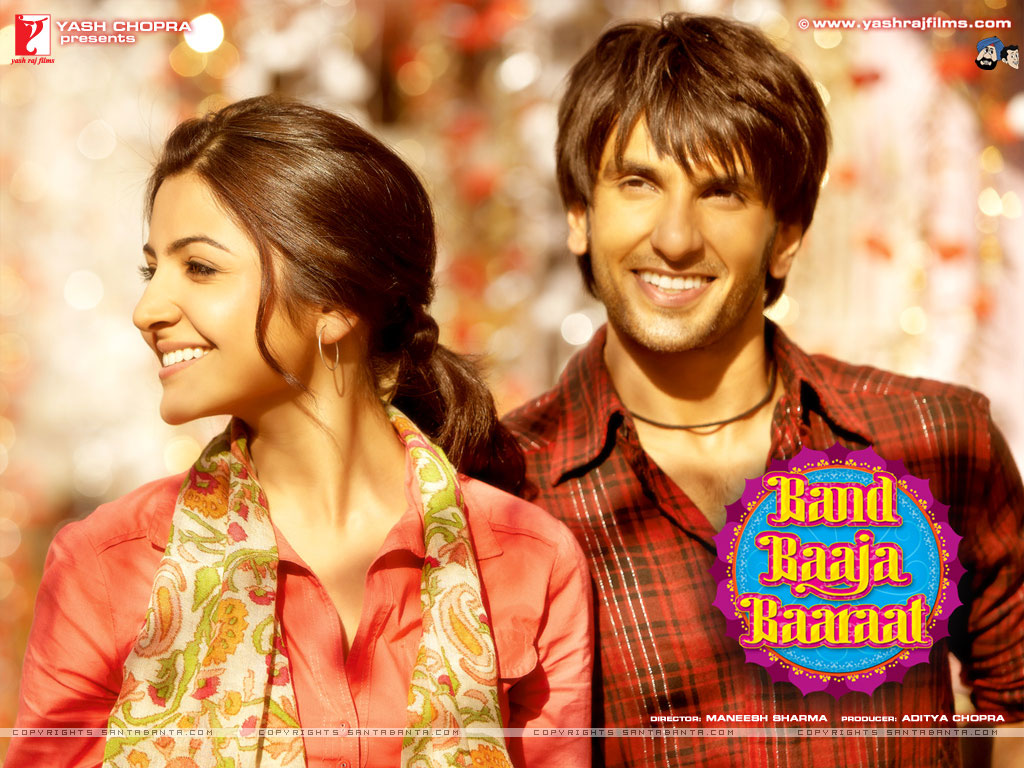 I must confess, when it comes to Bollywood films, I am a newcomer — a noob — a virgin. The closest I have ever come to seeing one was “Bride and Prejudice,” which was basically Hollywood’s attempt at emulating Bollywood. I knew beforehand that Bollywood’s specialty is romantic musical comedies, to which I thought “aw, crap.”  I actively avoid romance movies (which might perhaps explain my little luck with the ladies), and “Les Miserables” turned me off of musicals for a long while (yup, never getting a date now), but I like smart comedies, so I was cautiously optimistic going to see this film.

“Band Baaja Baaraat” was screened in the MultiCultural Center’s theater, hosted by Leida Tolentino and sponsored by the India Association of Santa Barbara, the UCSB Art, Design & Architecture Museum and the Film and Media Studies Department.  The theater was sparsely populated a few minutes before the film came on, but it soon filled up completely. The film started off with an introduction utilizing cinematography akin to that of a music video, with swooping, angled shots. The story picked up, but there were some technical difficulties involving lack of subtitles. After that was fixed, the rest of the screening went without a hitch.

How was the movie? Well, it put a smile on the face, which is impressive, considering what a crotchety dude I can be.  The “Band Baaja Baaraat” is about Shruti Kakkar, an independent university graduate who decides to start a wedding-planning business called “Shaadi Mubarak” as opposed to marrying for the sake of financial security. She is soon joined by the energetic Bittoo Sharma, who decides to partner up to get close to her and to avoid working at his father’s sugar farm.  The two soon become big names in Delhi, as their high-quality weddings soon catch the attention of richer clients.

What I liked about this film, first of all, is its sharp writing.  My tastes in comedy are very particular; I prefer wittiness to fart jokes (Adam Sandler can go screw it), and the movie did not disappoint in that regard. My favorite gag was when Bittoo’s father tells his son that he must move back to the farm. “I will not!” Bittoo cries before jumping onto a ledge, a determined expression set into his face. “I’d rather commit suicide!” His father looks over the balcony. “Good luck. You’re on the first floor.”

Further comedy is drawn from the barbs thrown between Shruti and Bittoo; Shruti is quick to joke about Bittoo’s rashness and quirkiness, while Bittoo counters with perfect timing. The two characters play off of each other very well, and you can believe a romance would blossom between them, which is important in today’s romance market (casting two A-listers does not make them an appealing couple.  I’m looking at you, Sandler and Anniston.) Another notable, if minor, character is Santy, the deadpan musician who delivers some of the best lines in the film.

I also appreciated that the film did not overdo its musical aspect. While it’s a shame I can’t understand the lyrics without subtitles, I found the soundtrack to be pleasantly energetic and the dance routines were all well-choreographed and imaginative, as well as colorful. They never dragged out or felt obtrusive within the film’s narrative. My only complaint was that the filmmakers felt the need to repeat some numbers.

For all its fun aspects, though, the film has one singular flaw that is noticeable even if you don’t watch rom-coms all that much like myself. That flaw is that, at its core, the plot is not original. Boy meets girl. Girl rolls her eyes at boy. They fall in love eventually, there’s a misunderstanding, they mope and they reunite. But then they have another misunderstanding, mope some more before finally reconciling in another hilarious and touching scene. This doesn’t necessarily drag the film down as much as it does its runtime, but the plotline is predictable. It’s unfortunate, because I like not knowing where a movie is going.

So, I liked it. Yeah, I could see where it was going, but hell, you can see where EVERY romantic comedy was going.  It’s how it gets there that’s got to grab you, and “Band Baajaa Baaraat” does just that.  It’s energetic, funny and has an enjoyable, albeit predictable story.

Alex Wehrung’s opinion of Adam Sandler has been forever tainted by “Jack and Jill.”