The Daily Nexus
Music
Six Celebrities Who Love Kanye West More Than He Loves Himself (Maybe)
October 31, 2014 at 6:31 pm by Jessica Gresham 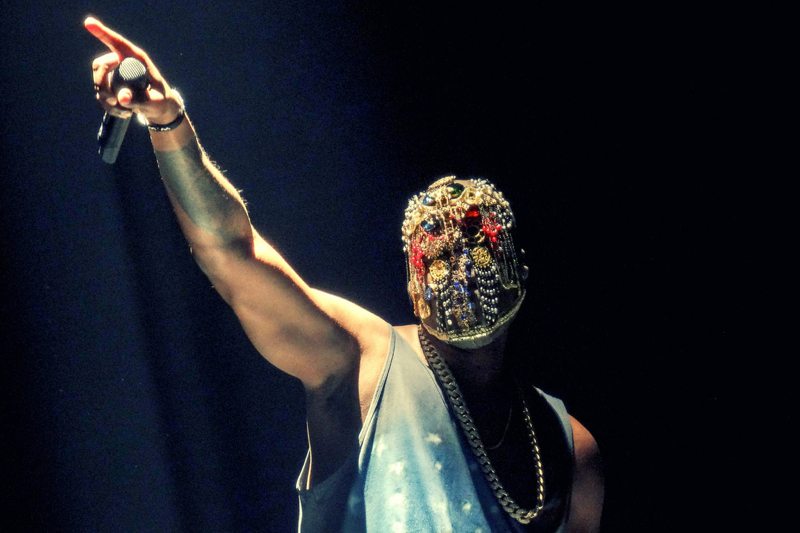 Yeezy, Ye, Mr. West, Dr. Martin Louie the King Jr. and my personal favorite, Yeezus. We’ve heard them all. No matter what you call him, Kanye West is a musical force to be reckoned with — and he knows it! With seven hit albums, a knockout wife and an unbeatable presence in the fashion industry, it’s no wonder Kanye’s ego is as big as his career. Thought Kanye was his own biggest fan? Well here are six stars that will compete for that title:

This redheaded vocal goddess, whose hit song is featured in the 2013 rendition of The Great Gatsby, is excited “over the love” she has for fellow musical artist Kanye West. After gushing when realizing he was front row at one of her shows and partying it up with Mr. West in New Zealand, Welch has made it clear that she’s a fan. The two musical sensations have yet to collaborate on an album but I’m sure she wouldn’t oppose to joining his “clique.”

Few people remember the video that hit the web back in 2008 of Jonah and Yeezy playing an old-fashioned game of Connect Four. The two stars hit it off and made jokes about each other while Jonah was annihilated by Kanye’s board game skills. Both guys seemed thrilled just to share laughs with each other and Hill took his loss like a man as Kanye performed a victory dance to his own music. Way to “watch the throne” Yeezy!

Seventeen-year-old Kylie Jenner isn’t just a fan of Kanye, she’s his new sister-in-law! I think it’s safe to say that we all love our family, but do you own a closet full of shirts with your cousin’s face on it? I didn’t think so. Kim K’s little sis took to social media to show us her extensive collection of “The Yeezus Tour” merchandise and her imitation of his infamous diamond-masked look with ski masks. Kylie has proven that her adoration for her brother-in-law is a little more than “family business.”

There’s no denying the love this duo has for Yeezus. I mean, they wrote an entire song about him! Their new hit song “Kanye” has become the unofficial anthem for the entire Kanye West fandom. With the chorus hailing, “I wanna be like Kanye/ I’ll be the king of me always,” it becomes pretty clear that The Chainsmokers have Yeezy fever.

The bromance that has blossomed between Jay-Z and fellow rapper Kanye is no secret. The two music legends stunned listeners with Watch the Throne by collaborating on not one, not two, but all sixteen songs on the shared album. They’ve shared the stage, they’ve shared an album and they’ve shared celebratory hugs during the announcement of Beyonce’s pregnancy. The love between these two has stood the test of time as both of their careers continue to “lift off.”

You all knew it was coming. The number one fan of Kanye West is none other than his wife and the mother of his child, Mrs. Kim Kardashian West. The two stars have shared their scandals in the past, but together they have found love and created a beautiful family. She’s attended more performances and supported more dreams than any other Kanye West fan. She has stood by him when the media sought to destroy him, and held his hand through his injuries and illness. Kim K has proven that even Mr. West needs his Mrs. West.

So there you have it. Sure, he may be a self-proclaimed genius who refers to himself as a deity, but he’s got talent that can’t be ignored (not even by other celebrities). He may not be able to walk on water but he sure knows how to create a following.

I absolutely love this positive article. I’ve never understood why people bash celebrities that they’ve never met. Thank you for seeing the good in people that have some obvious flaws, like all of us. I know you will probably get hateful comments on this, but really good on you. I’m also a huge Kanye fan and I’ve also gotten into Keeping up with the Kardashians. Didn’t think it would be my thing and it’s clearly a bit scripted, but I still thoroughly enjoy it.