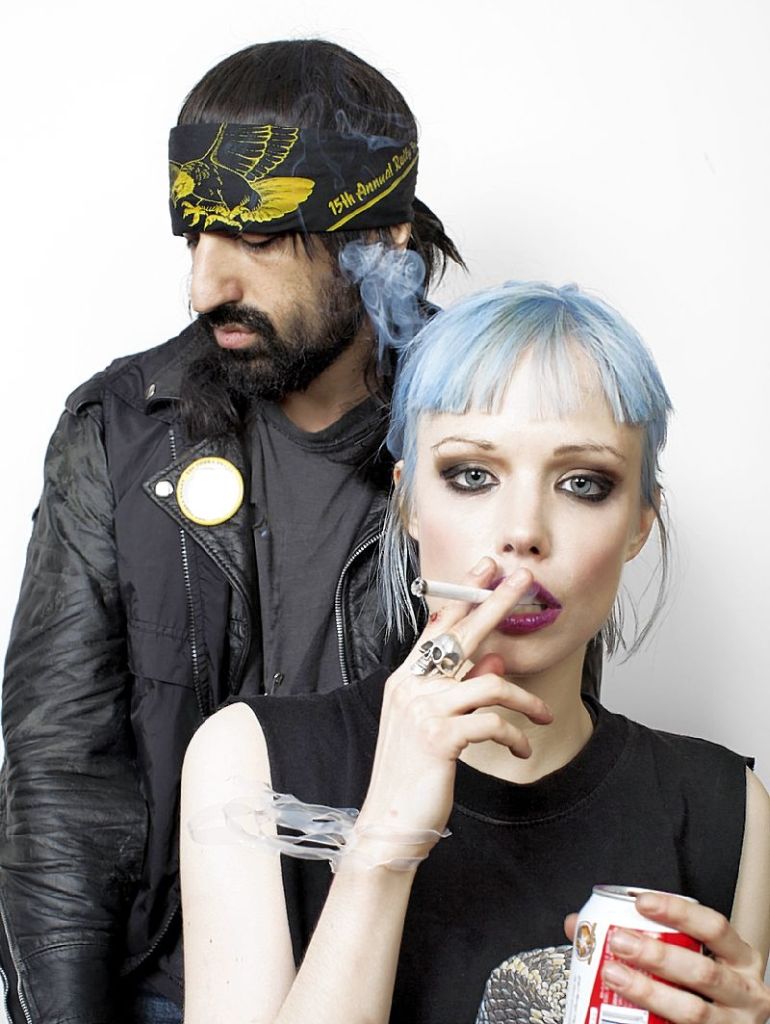 “I am leaving Crystal Castles.” Band member Alice Glass tweeted this on the morning of Oct. 8, which was all it took to send nearly all of Twitter into hysterics. In the vague tweets that followed, she talked about conveying “sincerity, honesty, and empathy” in her art and foreshadowed the start of a solo career. The Canadian duo, comprised of Glass and (former) counterpart Ethan Kath had been together since 2004. Since then, the group has released a number of albums, experimenting with fast-paced synthesized chiptune and warped vocals, which gained them a sizeable cult following over the years.

Here are five reasons to be thankful that the Crystal Castles ever existed:

Female performers are no strangers to the handsy male “fans” in their audience (see also: Courtney Love, Iggy Azalea, etc.). When a guy in the crowd at Latitude Festival in the UK allegedly touched her breast in 2010 while the songstress was crowd-surfing, Glass was not passive about it. Instead, she contemptuously started punching and spitting on the offender. Right on.

It can be said that the Crystal Castles’ music was perhaps not for everyone, and producer Ethan Kath liked it that way. In an interview with a Japanese magazine in 2008, he said that he had wanted to make the song “XXZXCUZX ME” sound “grating” on purpose. When asked why, Kath responded, “To weed out the wimps, annoy the posers. We are saying, ‘we are not for you.’” That may sound harsh but you almost can’t help but respect his brash honesty.

Is there anything better than knowing you and somebody you like share similar taste? There are probably lots of better things, but that’s still a satisfying feeling, and Crystal Castles teamed up with their musical favorites, who coincidentally happened to be ours. In 2010 Crystal Castles released “Not In Love,” their collaboration with The Cure’s Robert Smith, letting us know that, not only are they awesome, they also must have pretty awesome taste. The track sounds eerily reminiscent of a The Cure song backed with tantalizing electronic basslines and dance hooks. And who could forget their cameo in the UK TV show, “Skins?” The band was featured performing their song “Alice Practice” in the background of some underground club while Sid told Tony his father had passed. Cue the emotions.

Although I’ve only had the experience of attending their live show once, I can tell you that it’s more of a riot than a concert. The crowd itself started off tamer than the band, but by the first or second song, the band’s wild and facetious attitude rubbed off on everyone in the room. Okay, maybe not everyone (event security is usually not digging it). Kath and Glass’s synergy onstage makes for an oddly-balanced stage presence. Kath, the calmer of the two, provided the beat on his drums or keyboard in the background, while Glass could be seen climbing and jumping on every possible surface, regularly shouting her lines from atop the drum kit or speakers or from within the audience. Through all this, the crowd entered a volatile, if not slightly dangerous, state of sheer passion and chaos.

If you’re reading this, chances are the years of your adolescence overlapped perfectly with Crystal Castle’s ten-year life span. Coupled with static-y beats replete with energy and aggression, the songs’ lyrics are often lost amongst the white noise of it all. It can be easy to forget or overlook the fact that there are meaningful lyrics which convey themes about love, human emotions and social and political oppression. The song “Plague” opens with the lines “I need you pure, I need you clean,” tapping into the emotional pain and conflict that often accompanies growing older and breaking out of the social concept of “purity”. The song also features lyrics like, “Don’t try to enlighten me. Power to misconstrue / What have they done to you,” referencing corruptive realities imposed on youths, masquerading as what’s normal and accepted in society while also contributing to the loss of purity.

There will never be another band quite like Crystal Castles, but rather than mourn their deterioration, it is important to celebrate and appreciate their contribution to music as well as the lives of countless fans.