The Daily Nexus
Swim and Dive
Swim Welcomes Rival Cal Poly to Campus Pool
October 30, 2014 at 5:01 am by Daniel Moebus-Bowles 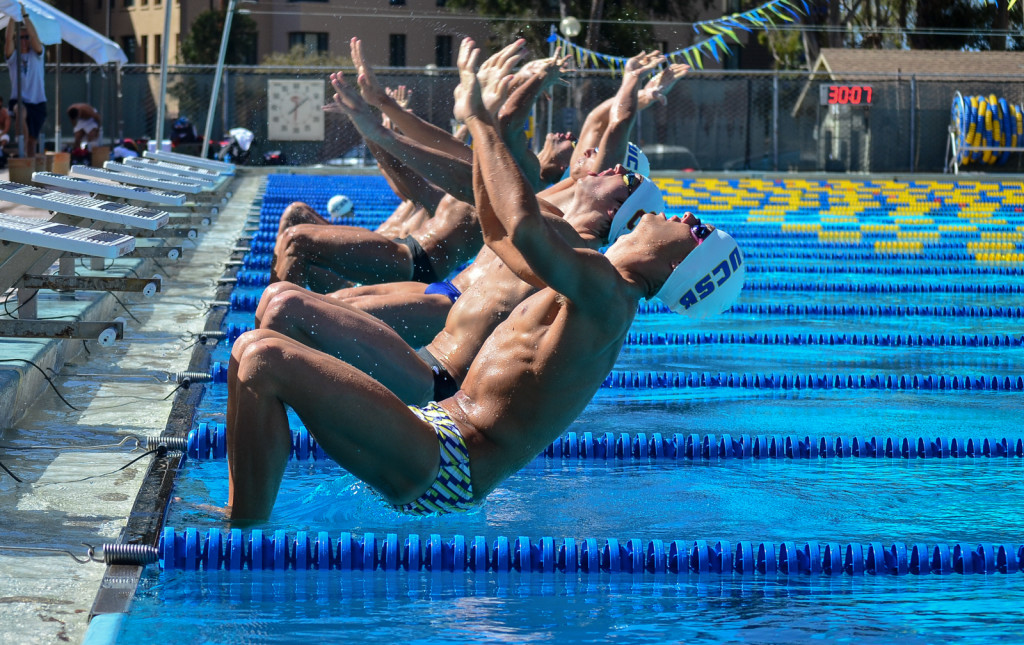 The Blue-Green rivalry will be renewed this Saturday when both the UCSB men’s and women’s swim teams host Cal Poly in their first dual meet of the season.

The Santa Barbara men come into the weekend with a 0-1 record, while the women sport a 1-1 standing after splitting a three team meet last week. The men of San Luis Obispo also stand at 0-1 and the women will be competing in their first meet of the season.

“We have a lot of tests ahead of us,” Head Coach Gregg Wilson explained. “This is a chance to get off on a good start, facing a team that we are familiar with.”

The Gauchos haven’t had many other bouts yet, as the men fell in their first meet to a very dominant USC team and the women have completed just once as well against a tough UCLA squad. Needless to say, Santa Barbara faced stiff competition in its respective openers and will be looking to use that experience to capitalize on the first conference matchup of the year.

This Saturday will be a first for many of the new Gauchos, as they have yet to contribute to the blue-green rivalry. In their first time in pool with the Mustangs, these young athletes will have a lot of weight on their shoulders as they represent nearly half of the roster.

“We have a lot of confidence in these guys and girls,” Wilson said. “We know that it’s a whole different ball game now and the transition is not easy from what they are used to, but we also know that we are here to work and move towards the top. I know that they’ll be ready to go.”

Some of these younger competitors have already shown that they won’t be sinking anytime this season, such as freshman Alyssa Shew, who placed second in her 200-yard I.M. event last weekend, and freshman Gabe Bolender, who placed first in his first ever collegiate event in the 400-yard I.M.

The Gauchos and the Mustangs are set to start at 11 a.m. at Campus Pool this Saturday.

A version of this article appeared on page 13 of October 30, 2014’s print edition of the Daily Nexus.