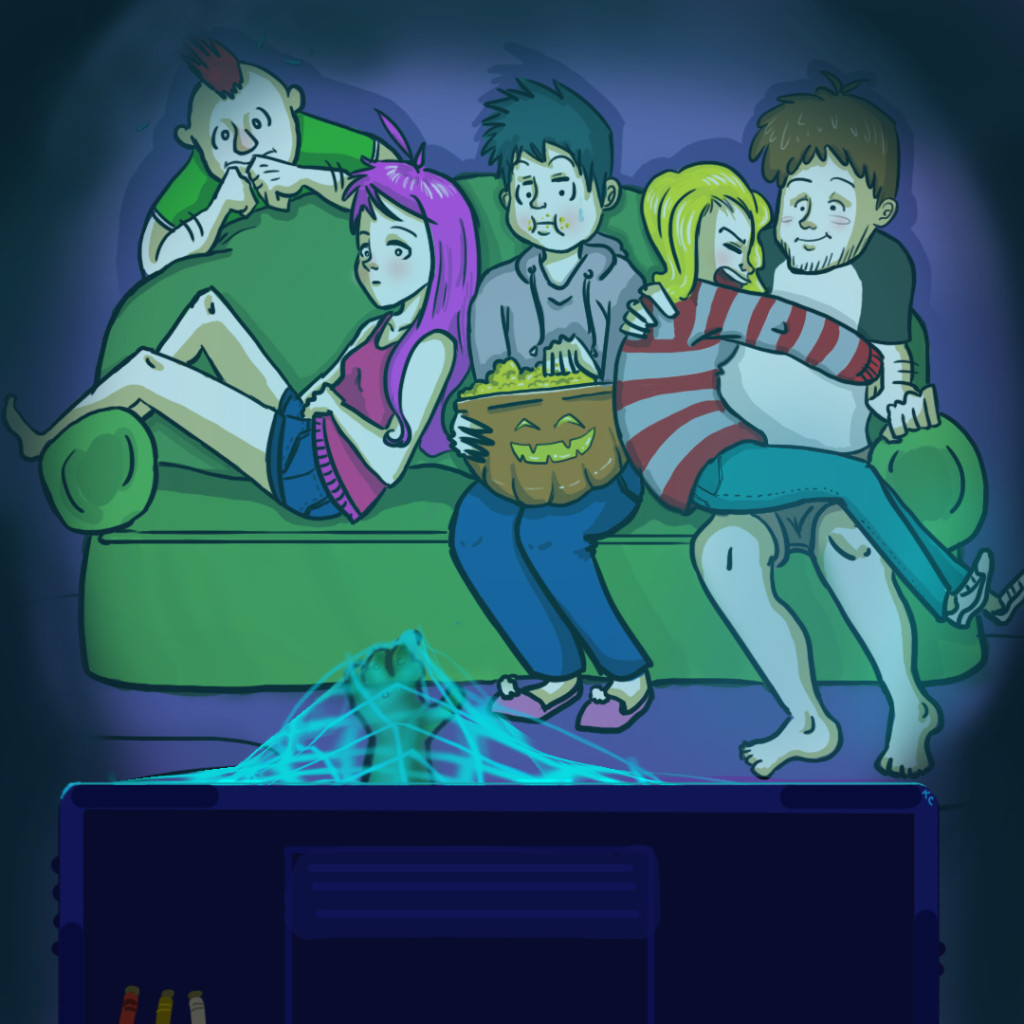 Picture your upcoming Halloween night. What do you envision yourself doing? Are you dressing up in that “sultry spirit” costume (who knew being a ghost could be so revealing?) and lurking amongst your drunken peers in Isla Vista? Or are you opting for the not-so-wild alternative of curling up in your lofted bed to watch a horror movie? If your answer was more like the latter, then a Netflix horror movie is probably in your future.

But let’s remember that this is Netflix we’re dealing with here: a streaming website that is 20% decent content and 80% god awful, low-budget flicks. Although the lack of selection may be positively scary, do not fear — this list will be your guide on what to avoid.

This film encompasses all clichés of American horror: an abandoned asylum at night, endless jump scares and mind-bogglingly stupid characters. The movie begins with Lance Preston, the star of the fictional Ghost Hunters copycat TV show “Grave Encounters,” and his crew locking themselves in a haunted psychiatric hospital for the night. Little do they know that when they locked themselves in, they sealed their grisly fate. “Grave Encounters” is certainly one of those horror movies whose characters deserve what they have coming for them (isn’t it common sense to not stand next to a bathtub full of blood?), but I have to admit that this film is just as good as it is bad. Guilty pleasure status? I’d say yes.

The “Paranormal Activity” series could have maintained its dignity if it was not for this fourth installment. Riding on the coattails of the previous three movies, “Paranormal Activity 4” was both largely anticipated and largely disappointing. Its contents are cheap jump scares, a lazily put together plot and a girl that looks kind of like Dakota Fanning. That last detail is probably the most memorable part of the movie.

“Children of the Corn”

I wanted to like this one for Stephen King. I really did. But it is kind of hard to take a movie seriously when the killers are small children that speak like they are from the 19th century and the lead villain is a ginger with an awful middle part. Indeed, “Children of the Corn” revolves around a small town taken over by children that kill anyone over the age of 18. A couple (both over the age of 18) find themselves trapped here while on a road trip, and as predicted, find themselves fighting for their lives. A word of warning: if you decide to watch this, you may never look at corn the same way ever again.

“Children of the Corn 3: Urban Harvest”

I guess I just couldn’t get enough of the first “Children of the Corn.” This film opens to a scene of a crazy Amish father chasing after his sons in a corn field. Little does he know that one of his sons is a prophet of a demon that resides in the corn, because that son quickly summons the demon and the corn kills the father. Yes, apparently vegetables can be deadly. The rest of the film follows the corn-demon-prophet-boy as he begins to terrorize his new foster family. Complete with (bad) early nineties special effects, “Children of the Corn 3” is somehow even cheesier than the original. Overall, this installment was bad.

This is one of those movies where I read the synopsis beforehand to see if I could mentally handle it, only to come to the conclusion that I really would not be able to. Aside from that, this is certainly one original movie. No other movie parallels. If that makes you want to watch people’s mouths get sewn to each other’s buttocks, then be my guest.

I don’t think much needs to be said for this movie. Anything that features a “z” at the end of its title should not be trusted. Period.

There you have it: a list of horror flicks that may possibly put you at the risk of a brain hemorrhage. But do not give up hope — this is only the tip of the Netflix iceberg. So many other under-the-radar flicks lay in wait for you on your Halloween night. Choose carefully.