The Daily Nexus
On the Menu
Expectations Vs Reality: Halloween Edition
October 30, 2014 at 5:01 am by Taylor Templeton

Halloween has always been my favorite holiday, yet I never make any holiday-inspired food, nor do I own a single Halloween decoration. This year I thought I’d try recreating some of the festive — or grotesque, depending who you ask — appetizers I see in the magazines at grocery store check-out lines. I decided to keep it simple and avoided any food that took longer than 20 minutes to make. 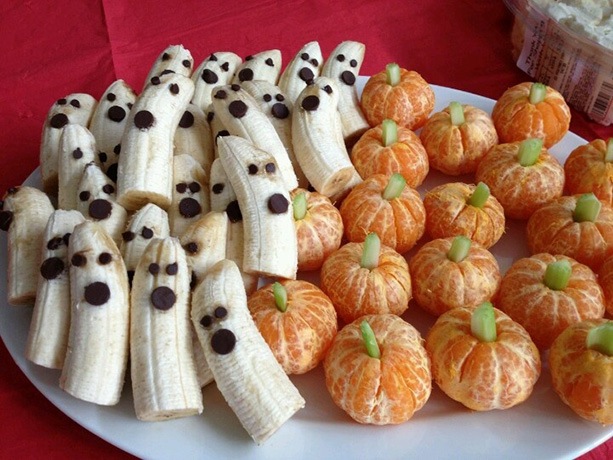 Inspired by my mediocre effort to avoid sugar this Halloween, I started with the last thing any kid wants to get in their trick-or-treat pillowcase: fruit. The concept is pretty simple: stand up some banana halves and add chocolate chips to make little ghosts. The pumpkins are just peeled mandarin oranges with celery for stems.

Reality: For all its glory, the almighty Pinterest fails to tell you how difficult it is to keep those little banana-ghosts upright on the plate. I had to glue them down with peanut butter and use cucumber chunks as supports. 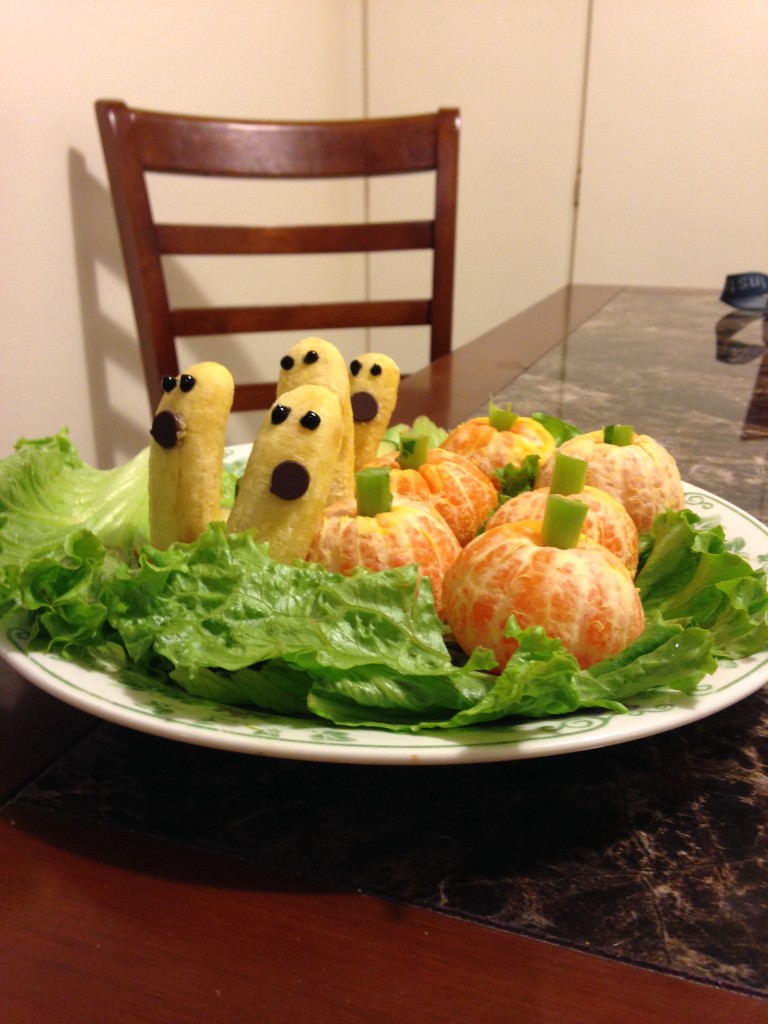 Gouging a green hag in the face with her own tortilla hat takes playing with your food to whole new level. Despite my humanitarian reservations, it’s hard to say no to guac. 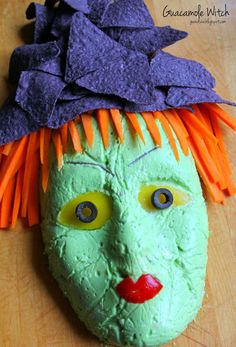 Expectation: Will mashed up avocadoes actually stay like that? 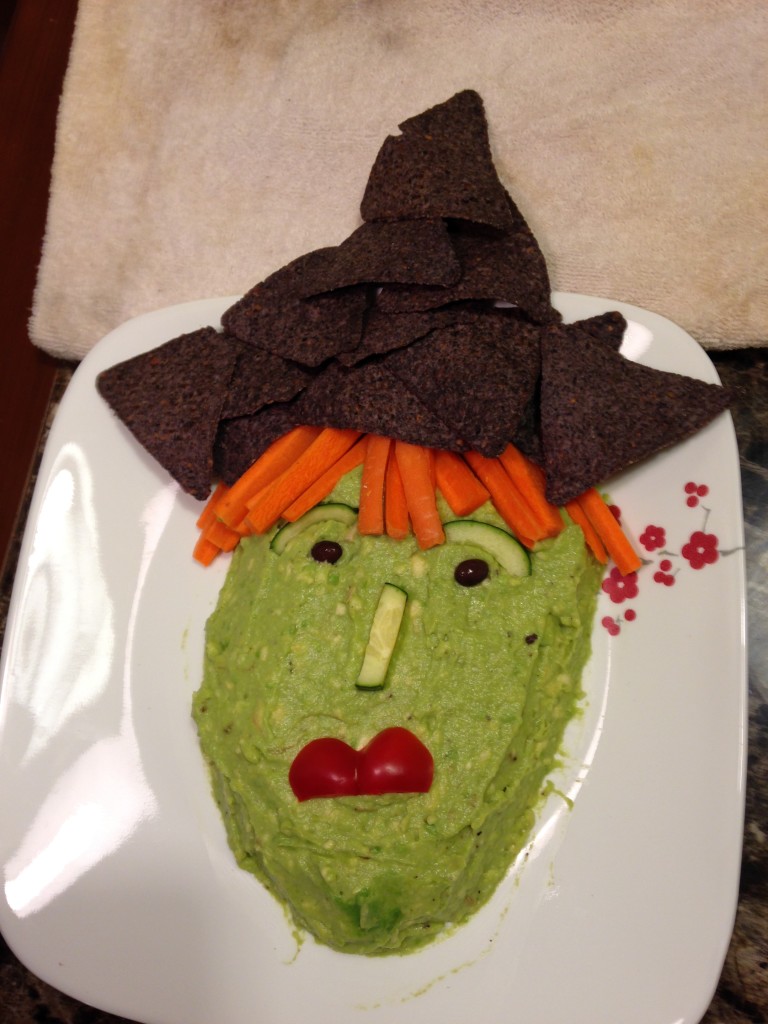 Reality: This dish turned out the best and was really easy to make. I used a spatula to form the guacamole into the shape of a face and added black bean eyes, cucumber nose and eyebrows, red pepper lips, carrot stick hair and blue corn chips for a hat. If I can make this, anything with two hands can.

I put my boyfriend to work on making the cookies, which he was happy to do once I told him we could be on the edible clean up crew later. 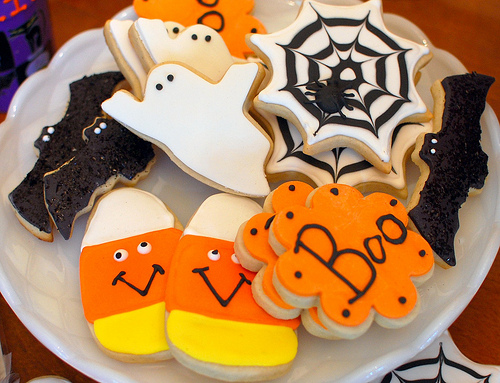 Expectation: I wanted to emulate the cute holiday cookies you see at bake sales but my cheap ass only bought a little tube of black and red gel icing and a can of cake frosting. What’s a better way of saying as low as the Mariana Trench? 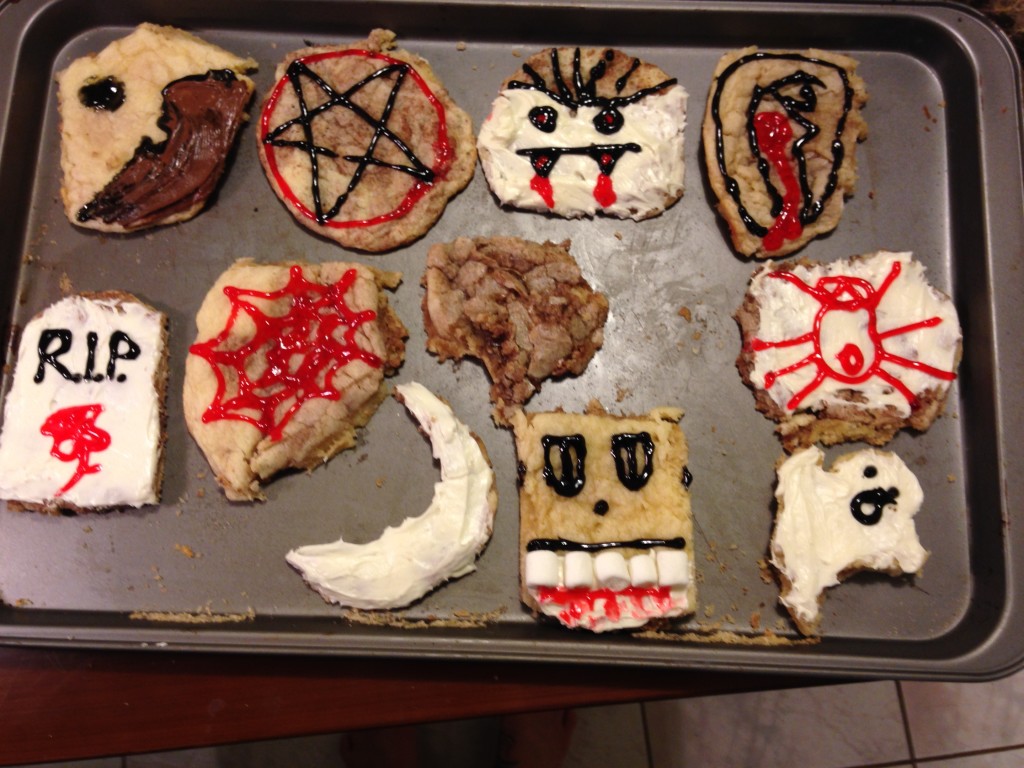 Reality: Snickerdoodles will always taste like snickerdoodles but these came out of the oven looking like dried up oatmeal that’s been leftover in the sink for a few days. Even the coating of colored sugar didn’t help. I’m pretty sure this was intentional sabotage on the part of my boyfriend so I would be too embarrassed to give them away so he could eat them all. Nonetheless, I don’t think they would have looked any better even if I had more supplies or a better helper. Now to find a point on Earth deeper than the Mariana.

And then there were hot dog fingers. I bought the all-beef Hebrew national dogs because I like those the best. Unfortunately, they don’t look anything like fingers, which is probably a good thing any other day of the year. 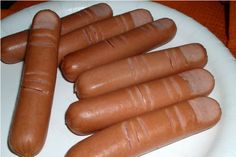 Expectation: With dark reddish-brown hot dogs, I must be mangling someone from the Jersey Shore. 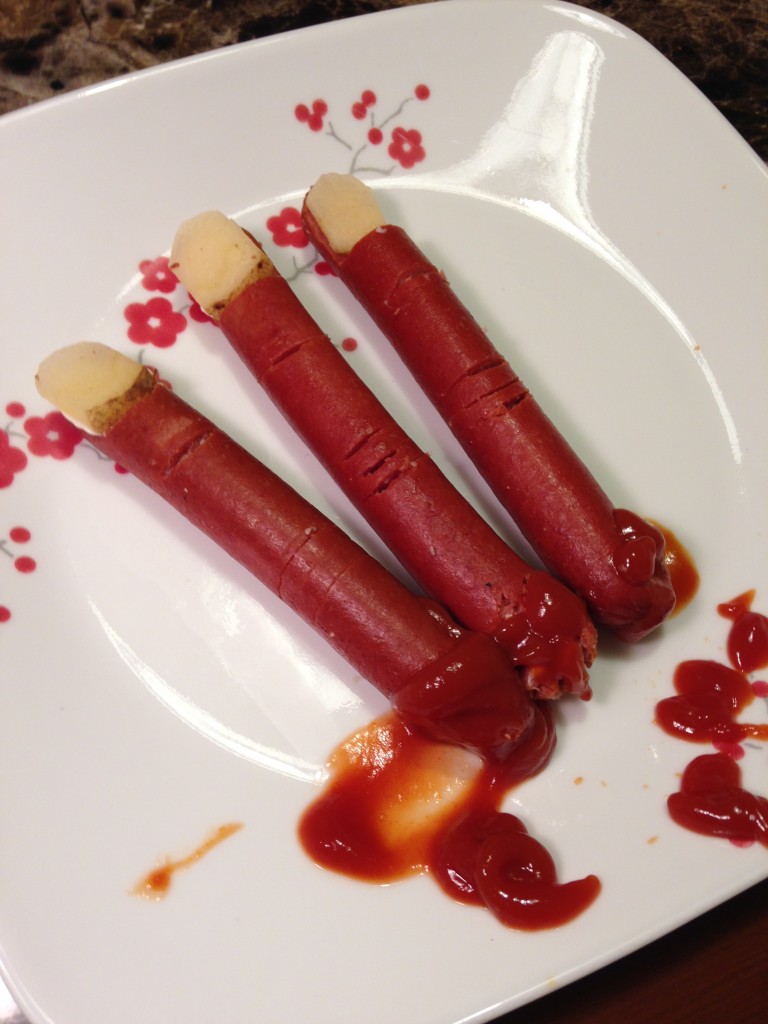 Reality: I’ll just chalk these up to an artistic interpretation of the human body. I tried to mangle the ends and add some ketchup-blood to give them a “severed” look and even added potato finger nails, but in reality no one would want to eat these. I like all-beef Hebrew national dogs and I don’t want to eat these.

This story originally appeared on page 22 of October, 30, 2014’s print edition of the Daily Nexus.