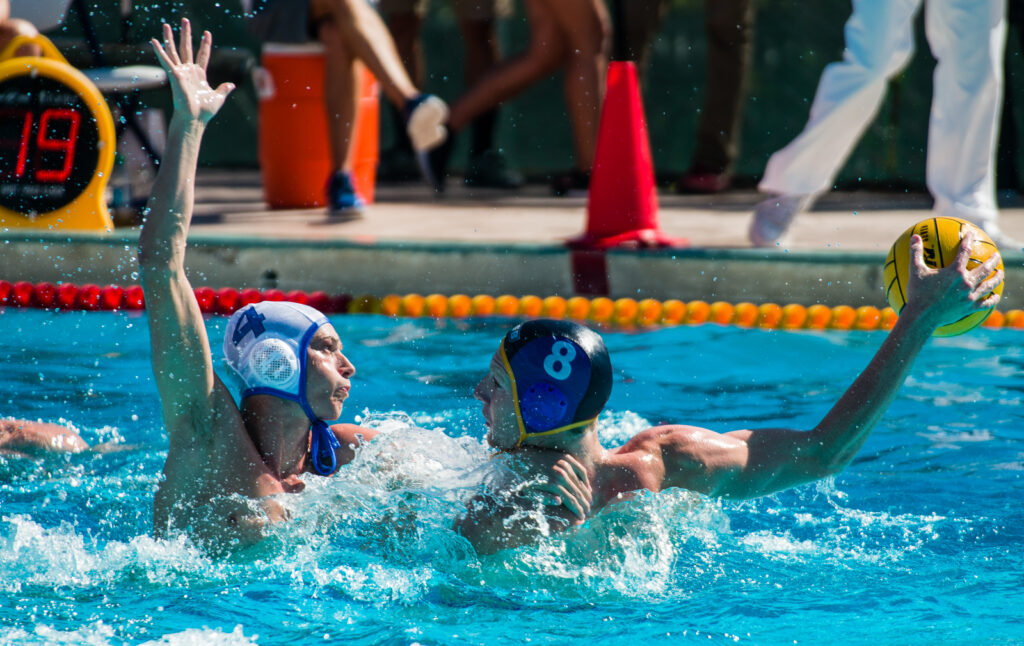 ​“Tough ending and we started rough as well,” junior utility Chase Racich said. “They’re a good team and they just beat Stanford so they might be No. 1 in the rankings now. So not a bad performance today.”

​The No. 7 Gauchos now sit at 9-9 with a 0-4 MPSF record with five regular season matches to go in the season. No. 3 UCLA moves to 21-2 with a 5-0 conference record and is poised to move up in the NCAA rankings after the victory over No. 1 Stanford on Friday.

​UCLA controlled the first quarter, taking a 3-0 lead which could have been much more if it hadn’t been for some spectacular saves by junior goalie Chris Whitelegge. The Bruins’ senior utility Cristiano Mirarchi scored a goal in the last second of the quarter to give his team a 4-0 lead at the end of the first period.

​The second quarter was a defensive battle as UCLA got two goals from sophomore center Gordon Marshall. Santa Barbara got on the board with a goal from junior attacker Kevin Cappon but the half ended with UCLA up 6-1.

​UCSB was trying a new simplified defensive strategy in the game with so many of its players out due to injury. While working on this new plan, the Gauchos’ offense wasn’t able to muster up many goals while missing on their opportunites.

​“We were sitting five players who normally play key minutes for us,” Head Coach Wolf Wigo said. “I knew it was going be a challenge and I told the guys that everyone’s going to have to step up … We just didn’t make the shots that could have got us back in the game.”

​The second half began with a goal from the Bruins’ junior utility Danny McClintick. Santa Barbara countered with two goals, one from Cappon and another from senior utility Brendan McElroy. UCLA banged in another goal and UCSB missed an opportunity to draw the score closer as sophomore goalie Garrett Danner stopped freshman attacker Shane Hauschild’s penalty shot attempt.

​The fourth quarter began with Santa Barbara needing to score some goals quickly, down 8-3. The Gauchos were able to do just that, with three consecutive goals from junior 2-meter Samer Alkateb, Racich and junior attacker Bryan Snyder, bringing the score to 8-6.

With the crowd back in the game, the Gauchos looked poised to continue the comeback until UCLA scored two late goals to end any thoughts of winning the match. Racich scored a late consolation goal, but in the end UCLA held on by a score of 10-7.

“We kept putting ourselves in position to get into the game and then we would give them a goal,” Wigo said. “Same thing in the fourth quarter, we put ourselves in this position and we made a run but unfortunately we came up short.”

UCSB heads up to Northern California next weekend with matches against No. 4 California on Saturday and No. 8 Pacific on Sunday as the Gauchos will try to end their losing streak and move up in the MPSF standings.