The Daily Nexus
News
Michael Lewis Discusses Past, Future Projects
October 23, 2014 at 5:00 am by Supriya Yelimeli 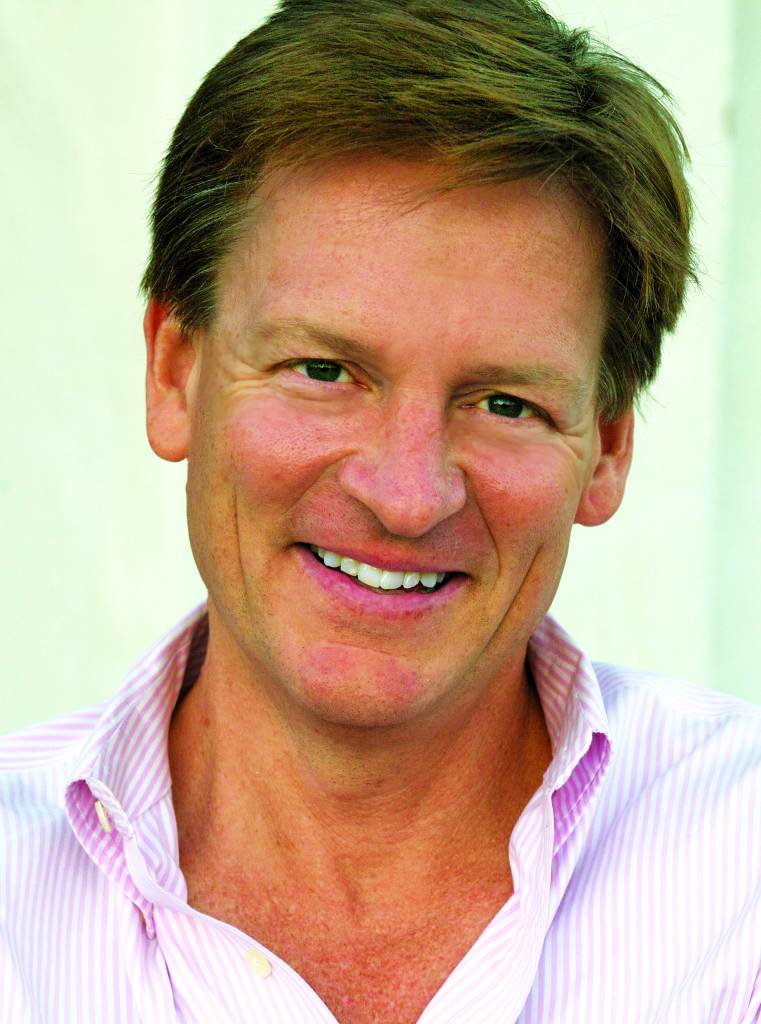 Michael Lewis, acclaimed author of Moneyball, The Blind Side and Flash Boys, came to the Granada Theatre Tuesday night to speak about his experience as a financial journalist, storyteller and self-proclaimed sloth.

Hosted by Arts & Lectures, NPR business reporter Sonari Glinton moderated the evening, beginning with an interview portion and allowing time at the end for an audience question and answer session.

“I was very, very lucky in that before I entered University, my father told me to find and study what I loved,” Lewis said. “In exchange he would give me a three-year buffer after I left school in which he would pay for my living expenses and education.”

According to Lewis, the offer from his father was instrumental for his career.

Lewis included anecdotes from his childhood in Louisiana, describing the environment of New Orleans by quoting the family motto his father once told him.

“Do as little as possible, for it is better to receive a slight reprimand than perform an arduous task,” Lewis said. “A very large part of my life is dedicated to avoiding unpleasant chores.”

Lewis went on to discuss the process that is involved in finding a story and putting it on paper and how the story of The Blind Side came to be, beginning with how he discovered it.

“I went to visit a friend of mine from high school in Memphis one year,” Lewis said. “When I got to his house, there was a six-foot-tall, 350-pound black kid sitting in the living room of a white Republican Evangelical Christian in the most segregated city in America … and no one said anything about it.”

Lewis continued to describe how the story progressed over the year and how he came to terms with writing a story that eventually turned into a movie about his best friend’s family, as well as his experience working as a writer in Hollywood.

“It was great! Movie people are great, they fear the writer,” Lewis said. “They would solicit my opinion and then completely ignore what I said, they just wanted to make sure I would stay nice. But both ‘Moneyball’ and ‘Blindside’ turned out to be truly good films.”

Lewis also said it is a highly impersonal process to have a personal work turned into a Hollywood hit.

Lewis concluded the discussion by answering audience questions and touching on what it means to be a good writer.

“People who are really good storytellers tend to have very distinctive voices on the page, people are afraid of their individuality and once they start mimicking their favorite writers, their value is gone,” Lewis said.

According to Lewis, his future plans include writing a book about U.S. President Barack Obama.

“He has really let me into his life like no other journalist, and if I’m able to write this book the way I want, six months after the end of his presidency people will want nothing more than to read a book about Obama,” Lewis said.

Glinton said she enjoyed meeting Lewis, whom he admires for his rare talent.

“It’s one of those weird things when you’re meeting someone who you’ve known and followed and then you meet them and realize you don’t have to be scared about it,” Glinton said. “He’s a natural storyteller, and genuine, real, accomplished storytellers are few and far between. He’s one of the masters right now.”

Glinton also said he thought Lewis’ advice would be of practical use to students.

“Something he said to the student about doing what you like really stuck with me also, it’s ridiculous to tell someone to follow their dreams,” Glinton said. “But students should really be in pursuit of what they like to do.”

Fourth-year communication major and Arts & Lectures student manager for the event Lauren Cassis agreed and said she enjoyed his discussion about his books and his time as an undergraduate.

“I thought he was very insightful and I liked how his conversation was very broad in the topics,” Cassis said. “Hearing about ‘The Blind Side,’ how the story came together, was very interesting.”

[Correction: An earlier version of this article used the pronoun “she” when referencing to Sonari Glinton, when in actuality the article should have used “he”.]

A version of this story appeared on page 9 of Thursday, October 23, 2014’s print edition of the Daily Nexus.