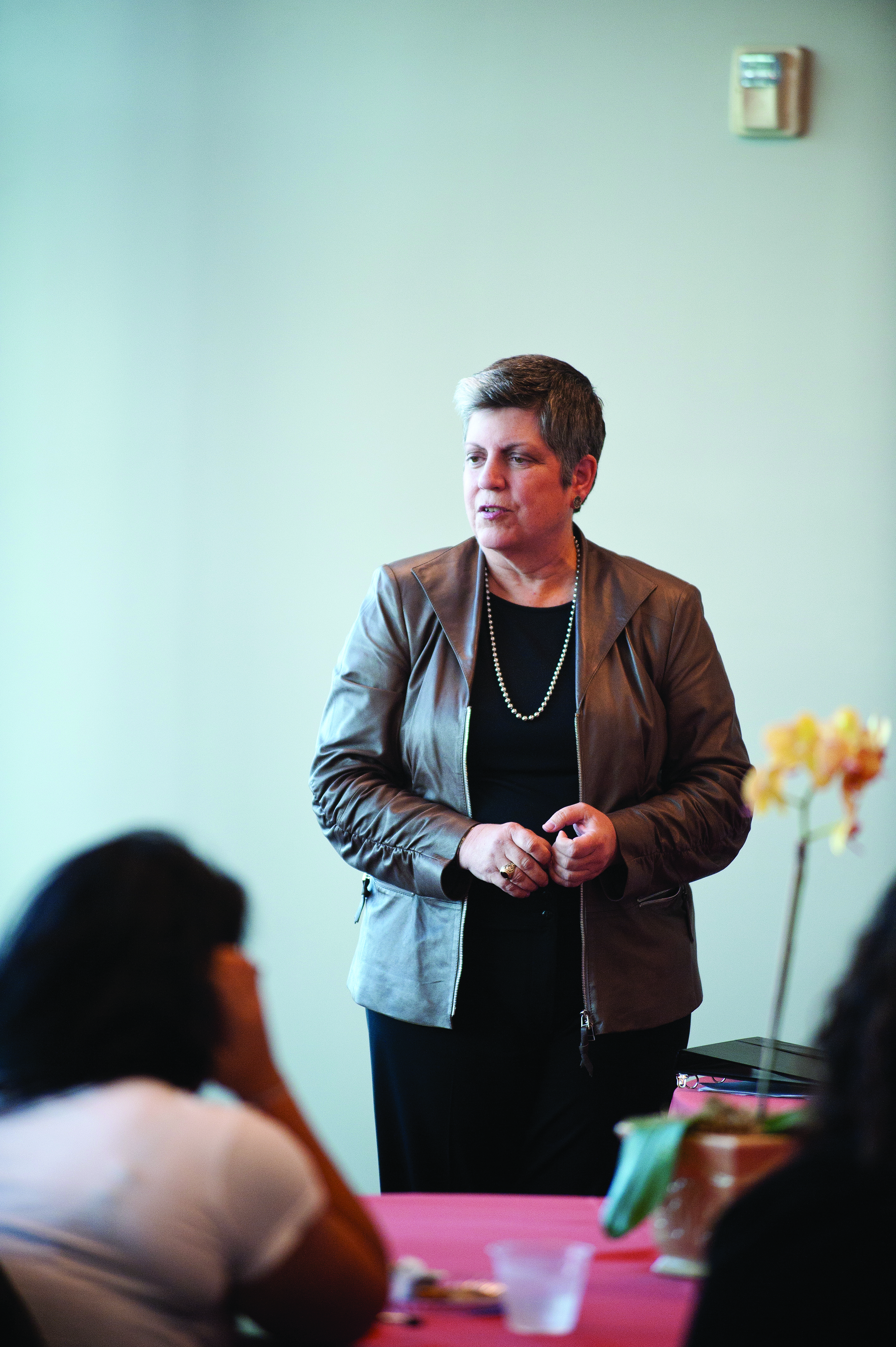 University of California President Janet Napolitano seeks to form a partnership with the College Board.

The University of California Office of the President announced a partnership with the College Board yesterday to work together on their “All In” campaign.

UC President Janet Napolitano said in a statement that the UC wants potential students to know that there are resources in place for them to start preparing for college.

“We want all qualified students to be aware of the academic experiences available to them and get an early start on planning and preparing for college,” Napolitano stated. “That includes taking preliminary college entrance exams and enrolling in academically-challenging courses that can help prepare students for college and increase their chances for admission at UC.”

According to UCOP spokeswoman Shelly Meron, the UC is trying to prepare prospective students for the pre-SAT through its Early Academic Outreach Program (EAOP) getting “the word out.”

“The ‘All In’ campaign is really about using our early academic outreach program to work with the College Board on this campaign,” Meron said, “so our UC staff through EAOP is going to be working with school districts that we partner with to give them resources, to let them know about AP courses and which students in their school are showing potential for AP courses.”

Meron also said a contributing factor for students not enrolling in AP classes is a lack of information.

“One thing that could be going on is that maybe they don’t know about the courses that are available at their school, maybe they’re not sure what the PSAT is or how to sign up,” Meron said. “These are all things we hope to address through outreach and education and training and that’s why we’ll target parents and high school parents.”

The statement also said that in the high school graduating class of 2014, 49 percent of students took PSAT/National Merit Scholarship Qualification Test (NMSQT), and 35 percent of test-takers in California demonstrated potential for success in one or more AP classes. However, 31 percent of those who proved to have AP capabilities were not enrolled in a corresponding Advanced Placement course according to the statement.

Amy Wilkins, College Board Senior Fellow for Social Justice and Director of the “All In” campaign, said in the statement that she supports the UC’s willingness to take steps to better represent students.

“The College Board believes that all students should have access to the opportunities they have earned,” Wilkins said. “We are delighted that the University of California is also working on breaking down barriers for underrepresented minority students who show the potential to succeed in AP classes.”

According to the statement, the PSAT and NMSQT not only provide early results for skills necessary in college, but also give students the chance to compete in scholarship programs, gain placement in AP courses and utilize other college preparation resources. The UC staff plans to be in contact with several California school districts such as Fresno, the Inland Empire, Long Beach, Los Angeles, Oakland, Sacramento, San Diego and San Francisco to provide resources to AP teachers.