The Daily Nexus
Opinion
Diving In: The Trials of a Transfer Student
October 22, 2014 at 5:00 am by Kelly Gorman 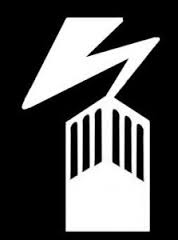 As I peer through the daunting doorway of my first lecture hall I feel like a bee with amnesia that has just been returned to the hive. Classmates that were acquainted with each other from previous years turn in their seats and buzz about their summers. But as a first year transfer student I am lost among the swarm. The majority of the 200 students enrolled in the class find their places while I stand at the entrance, gawking at the enormity of the room and wondering how all of these people were able to arrive early while I was dashing through unfamiliar hallways like the white rabbit “I’m late, I’m late, for a very important date!” Finally, I take a seat in the last row of Girvetz Hall.

While I attempt to familiarize myself and absorb this new atmosphere I notice the student to my right is already typing away on his computer while the student to my left is viewing colorful PowerPoint slides for the upcoming lecture. My eyebrows creep further up my forehead while my palms begin to sweat. Anxiety and confusion are customary feelings for freshmen to experience on their first day at a new university, but as a twenty-one year old transfer student in my first upper-division class I already feel like I am far behind the busy worker bees.

After graduating from high school I packed up and flew north to the University of Oregon, a daunting 823 miles away from the home that I had spent the previous seventeen years of my life in. After a whirlwind quarter of homesickness, rushing a sorority, contracting mono, and just flat out not attending class (a tale for another time) I flew right back home again and began community college classes in the winter.

When I was in high school my mom had always used community college as a “Ghost of Christmas Future” to scare me into earning better grades. Before I experienced the community college and transfer route for myself I honestly shared her opinions. Ignorantly, I believed community colleges were a last resort. According to a December 2010 survey published by Minnesota Public Radio, both students and school staffers—including those at two-year colleges –

reported viewing community colleges as second-best alternatives to four-year universities. One respondent from the survey affirmed my previous notions about community colleges by saying that he thought “community colleges were for those who weren’t intelligent enough to get into anywhere else.” Admittedly I felt the same, until I did my research.

Incentives students have for choosing community college range from affordability to flexibility of class schedules. According to the Brookhaven Community College Student Resource page, affordability is the primary reason for high school graduates to enroll in community college. Tuition and fees for a student at a two-year college averages $2,200, versus $13,200 at a University of California and $25,143 at a private institution. This excludes the cost of living and food expenses. During my academic stint at College of the Canyons, the local 2-year college in my community, I lived rent free, had home cooked meals on the house, and saved money on gas by riding my bike to and from class. The uphill climb on my single speed bicycle was a minor sacrifice for bypassing two years of debt and student loans I would have amassed, had I gone to a four-year college after high school. Money rather than intellectual inadequacy is often the reason why students choose community college over a four-year university.

A professor in one of my Introduction to Biology classes at College of the Canyons once told me it was better to be a big fish in a small pond rather than a small fish in a big pond. For students who thrive in smaller classroom settings, community college is just the right pond. I was a Marlin. Classes of about twenty to thirty students provided me with an environment where I was able to swim through my courses and earn the grades required of UC transfers.

When the admission decisions for UCSB were out I postponed checking whether I had been accepted or not for over a week until my sister’s wedding was over. I had all my hopes set on UCSB and actually believed that if I did not get in it would ruin the wedding and my family would not be able to enjoy the preparations or celebration. When I logged into my portal and checked my application status I immediately broke into tears. As I excitedly dashed from my room and down the stairs I almost tripped over the last elusive step like I typically do, but this time my mom greeted me quizzically on the landing. I showed her the “Congratulations! You have been admitted!” written across the screen. She hugged me so hard and bawled.

Even though I felt on top of the world at that moment, there was a looming feeling in the back of my mind, threatening to push me from my pedestal. I was afraid. Transitioning from a small community college to a fast-paced university would be a difficult experience. I would have to meet new people among established friend groups and hold my own in upper-division classes with students that have already had two years to acclimate to the demands of University coursework.

Fast forward to my first quarter at UCSB. Salty ocean breezes and salmon colored sunsets welcomed me into my new environment. I made friends more fluidly than I had expected and enjoyed hiking, swimming, and biking with them in my new coastal home. While I thrived socially, my grades sunk. Although my first quarter GPA was low I found solace in knowing that I was not alone. The term “transfer shock” is referred to by Clearinghouse Academic Advising Resources as “the tendency of students transferring from one institution of higher education to another to experience a temporary dip in grade point average during the first or second semester at the new institution.”

I felt like I was thrown into an ocean after leaving the comforts of my pond. Freshman are given four years to adjust and build a grade point average that reflects their abilities whereas transfer students only have two years to adapt to a new environment, the rigorous pace, and advanced course work. Clearinghouse found that transfers commonly have an adjustment problem that actually affects their academic effectiveness during the quarter post transfer. The fact that the term exists is reason enough to accept that there is a problem facing transfer students.

Many aspects can bring about transfer shock. Not only are transfer students at UCSB thrown into the quarter system when most community colleges practice the semester schedule, they are in an environment where it is a lot harder to make friends than it is for true freshman —or students who entered UCSB as freshman. Most freshman are given the dorm experience where they are housed with other freshman and given an opportunity to meet people through close quarters and shared living spaces. According to the article “Transferring? Get Schooled” in The New York Times, “many universities — the University of Vermont and the University of Pittsburgh, for example — guarantee on-campus housing for upperclassmen but not for transfers. Or transfers end up in less desirable dorms.” This may make transfer shock more difficult for new students rather than provide them with easy ways to facilitate friendships and foster new relationships.

When you are the small fish in a new pond you have to work a little harder to make things work in your favor. In the article, Elizabeth Daly, director of orientation at Northwestern University says, “When you’re a transfer student, everyone in your grade is feeling settled in […] you have to be the kind of person who reaches out and introduces yourself.” This applies to making friends as well as achieving success in class. After my first year at UCSB I am no longer the little bee with amnesia. I do not know if I will ever feel comfortable in large lecture halls but I have learned that staying after class and introducing myself to the professor makes the room feel a little smaller. Although transferring can seem scary because there is so much that is unknown, transfers really need to dive into their new ocean headfirst and achieve the goals they set out to accomplish.

As I near the end of my first year at UCSB I can confidently say that I am a veteran to the daunting transfer process. I served my time getting lost on the way to class and learned my lesson about not looking both ways before I cross the bike path. I am sure I will have to embarrassingly reference the campus map at some point during my senior year but I am positive I will avoid any bicycle tire tread on vital body parts—that is one mistake you do not make twice. I can now look back on my experience with pride and come out on top of my failures with the knowledge that minor setbacks do not dictate your path in life. I went to community college but was not hindered. I experienced transfer shock and a temporary blow to my grade point average but have not been discouraged. I look forward to my next year at UCSB and know that it will be my best year yet.

Kelly Gorman has learned to ditch the pond water and embrace the surf.