The Daily Nexus
News
Students Feature Local Character in “People of Isla Vista”
October 20, 2014 at 11:52 am by Connor Boehm 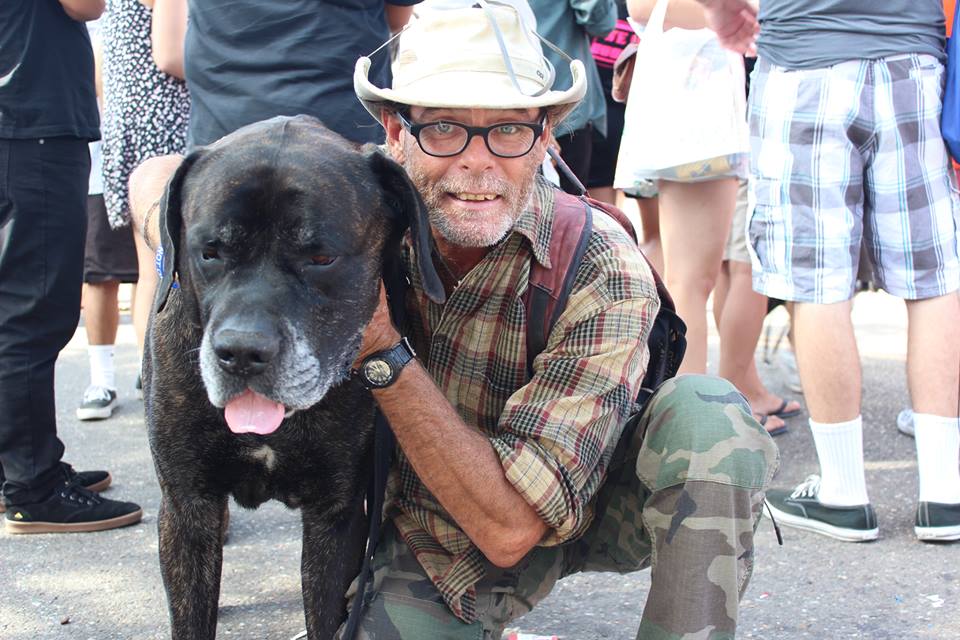 Three students have taken to the streets of Isla Vista to document resident culture through an ongoing digital photojournalism project called the “People of Isla Vista.”

The project was conceived by third-year sociology and black studies double major Jamelia Harris, fourth-year global studies major Liz Montgomery and fourth-year English major Surna Khayat during their Education 173 Leadership Development course taught by Professor Don Lubach. Inspired by the well-known “Humans of New York” Facebook page, the three students worked to draft a localized project proposal, get the word out and begin taking pictures of their own.

According to Montgomery, the emphasis of Education 173 was on creating qualitative contributions to the local community that serve to rehabilitate its image.
“The whole point of the class was to come up with a project that makes Isla Vista a better place,” Montgomery said. “There is so much more to I.V. than people realize, and we wanted to change that image.”

The trio began distributing business cards and establishing a social media presence that amassed over a thousand followers in three weeks, Harris said.
According to Montgomery, part of their success is owed to the close-knit social networks afforded to a smaller community.

“It’s amazing how many connections there are,” Montgomery said. “That was really what got the word around … every picture we posted, someone knew them.”
Harris said that when the three students set out to find unique individuals in the community, they discovered an opportunity to “give Isla Vista a face.”

“Our vision was restoring the humanity [to Isla Vista] and trying to combat some of the negative media portrayals,” Harris said. “People frequently … forget this is a community inhabited by so many diverse groups of people.”

After an initial encounter with a homeless man, Montgomery and Harris said they were inspired to reach out to open-minded individuals who were comfortable with sharing their thoughts.

“We want someone who looks like they’re willing to share,” Harris said. “Sometimes you interview people and they have their guards up, and that can be hard to constantly keep on digging.”

According to Lubach, the project was initially designed to mobilize the students of the class to funnel their interests into an assignment on I.V. with “minimal direction” from Lubach himself.

“I was delighted with the work of the 40 or so students in my class this summer,” Lubach said. “I gave them very minimal directions. I just asked them to turn their leadership interests and their passions into Isla Vista.”

Montgomery said “People of Isla Vista” was recently registered as an official campus organization with Lubach serving as its advisor, and is now looking for new members.

“We want to see people who are as passionate as we are about the project,” Harris said. “We have about 45 prospective members.”

Despite being created to feature local residents, People of Isla Vista is keeping the prospect of interviewing non-residents open.

“It would be interesting to get an outsiders perspective of why they’re here and what they like about [Isla Vista],” Montgomery said. “I don’t think people realize how many amazing people live in this town.”