The Daily Nexus
Opinion
A Happy Atheist: Why Not to Worry About My Happiness
October 17, 2014 at 2:12 pm by Tara Ruchonnet 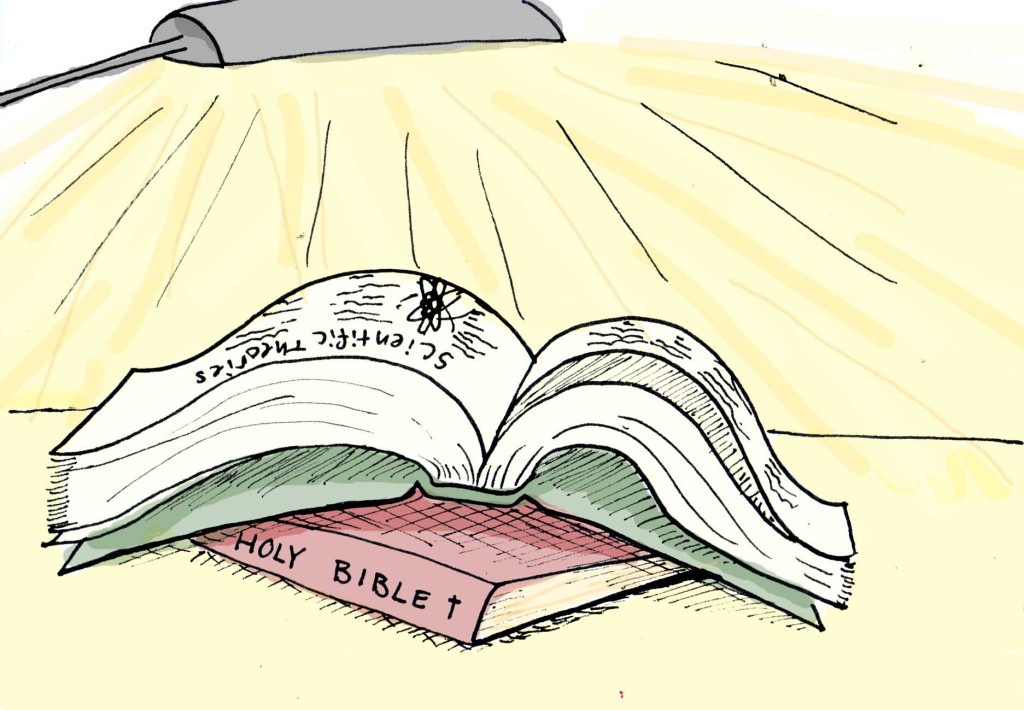 “When you get to school be sure to keep your religious ideas private.”

This is my first quarter at UCSB and these were the words — with good intentions of course — I was told before arriving. When I think about it, it seems unfair. Why should I have to keep my beliefs private when others don’t? It’s not that I would go around blurting out my beliefs, but it would be nice to not worry about what people think just because very few people feel the same way I do. Regardless of your beliefs, religion can be a touchy subject for anyone, whether it’s a certain God you believe in or the one you don’t. Someone will most likely disagree with you, and that’s okay. Agreeing with someone’s beliefs is asking a lot of someone. Co-existing, however, is not.

I am generally silent in my beliefs. Unless you bring it up you’ll never know how I feel about religion and what my personal beliefs are. I’ve always felt that it was a good to keep certain parts of your life private when they are generally ideas that end up hurting or confusing other people. When people find out that I’m an atheist, I always get the feeling that they somehow begin to look down on me or that they suddenly start feeling superior. I’ve had the same views my entire life and when the topic of my beliefs arises, there are generally the same few questions or topics brought up in every conversation. Hearing the same questions for 20 years never really became an annoyance to me, but it did evoke answers in my head that gradually, over time, I began answering better and better. The same questions I’ve been asked all my life are ones that most atheists have been asked time and time again:

#1 Someone once told me, “It hurts my heart that you don’t let God into your heart.”

Don’t. It doesn’t make me mad or upset when statements like this are made because I genuinely feel that this is their way of trying to help and it’s what they know. It’s thoughtful of them in their own sort of way, trying to correct what they see as a flaw in my ideals. Unfortunately, in my eyes, I will never see eye-to-eye with them on this subject and I am perfectly okay with that. I have never known a God in my life and I’m content without one.

I used to go to church very regularly with various people. I actually liked the environment and most sermons were filled with interesting topics and ideas that really caught my attention. The pastor usually talked about life and happiness and I always took those life lessons and thought hard about them. Being an atheist isn’t necessarily saying you’re against religion or that you hate it. I’ve read the Bible and been to church and simply remain firm in my decision not to believe in any higher power. For some reason, it seems that when you say you’re an atheist people automatically assume you’re anti-religion, which isn’t the case. I find religions fascinating; the ideas, beliefs and practices are captivating. I also think that for many people, it helps get them through their daily lives.

Absolutely not. I have morals and values just like you, only I decide them for myself. I don’t need a higher power over me instilling fear of Hell to make me know right from wrong. While many people who practice religion feel the need for their actions to be accepted by God or forgiven by him, I feel the need for my actions to be accepted by the people that surround me — friends, family, professors, etc.

I’m not trying to discredit beliefs or belittle anyone’s ideas. You will never hear me say that you’re wrong to believe what you do, you’ll only ever hear me say I disagree. I have respect for people who have faith in their God and practice their religion regardless of their circumstances. My point is that most atheists I know are happy with their lives and don’t wish to find God, just as you don’t appreciate when people try to tell you your God isn’t real. Next time instead of assuming that an atheist wants to be converted, assume that their beliefs are as strong as yours and respect theirs like you would like yours to be respected. And don’t feel sorry for them or pity that they don’t have God in their life, but be happy that they have their beliefs figured out.

Tara Ruchonnet is just looking for a lil’ R.E.S.P.E.C.T. Find out what it means… to her.