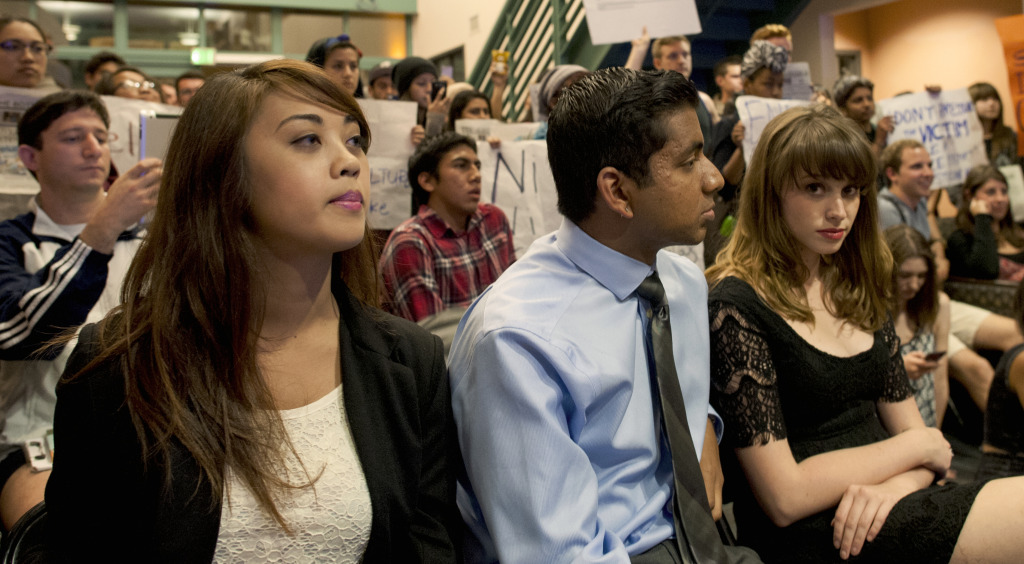 Beatrice Contreras (left) and Bailey Loverin both have resigned from their posts on the eve of fall quarter.
Photo by Kenneth Song

The Associated Students Elections Committee announced the dates for a special election following the resignation of two A.S. executive officers earlier this year.

The Special Election will take place on GOLD beginning Nov. 3 at 8 a.m. and will end Nov. 6 at 4 p.m. A.S. is looking for candidates to replace the External Vice President of Local Affairs and Student Advocate General. The two positions were vacated in early September by the resignations of former EVPLA, fourth-year sociology and Asian American studies double major Beatrice Contreras, and former SAG and third-year literature major Bailey Loverin.

To be eligible for EVPLA or Student Advocate General requires the completion of at least 60 units accredited at UCSB by the end of Spring Quarter prior to the special election, including college-level transfer units, but excluding Advanced Placement and International Baccalaureate units. Eligibility also requires fulfillment of at least six units while maintaining a 2.0 overall grade point average. An information session for interested individuals will be held at the A.S. Pardall Center today from 12-1 p.m. on Pardall Road in Isla Vista. Deadline candidacy forms were also made available online yesterday.

Proposed plebiscites, new fees, referendums or fee increases can be submitted to the “fee intent form” found on the elections website and sent to elections@as.ucsb.edu by tomorrow, Oct. 15, at 4 p.m. In addition, pro/con statements will be due to the Elections Committee by Oct. 22 at 4 p.m.

Active campaigning for the Special Election will start Oct. 26 at 8 p.m. According to the announcement, the timeline is more condensed than that of the last year’s Spring general election and “diligence” with regard to deadlines and dates is mandated by the elections committee. The last time a special election was held on the UCSB campus was in 2006.

[Correction: This article has been updated to reflect the date and time of the info sessions occurring today, from 12-1 pm, for prospective candidates.]