The Daily Nexus
News
SB Devises Plan For Response to Ebola Outbreak
October 9, 2014 at 5:00 am by Conner Boehm 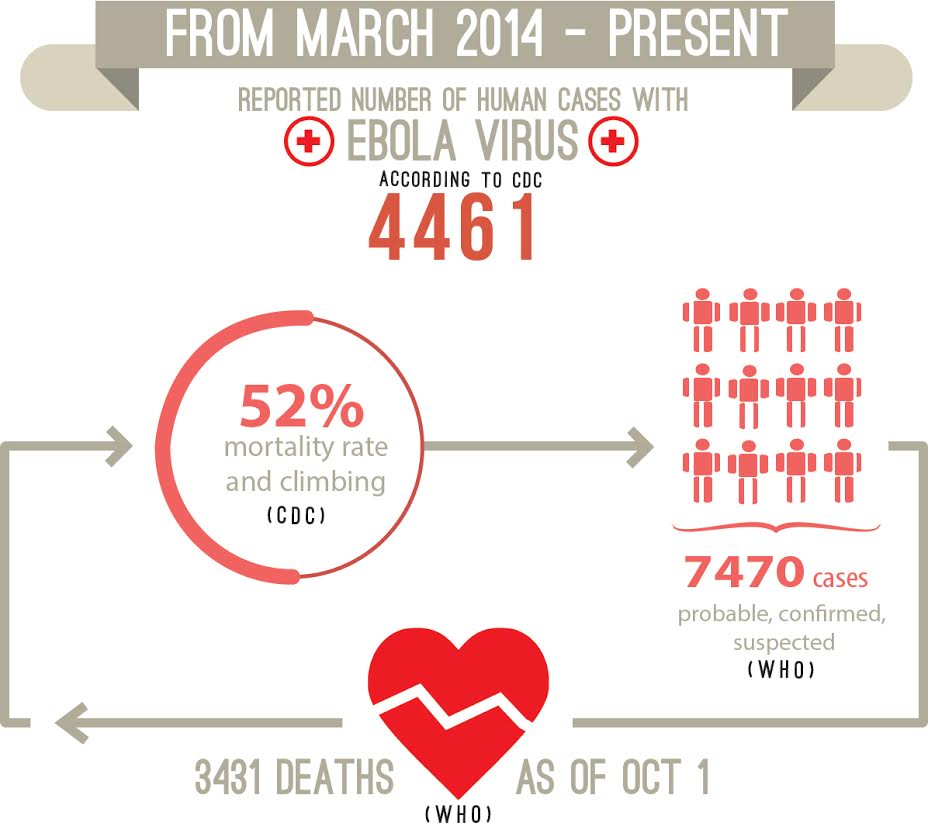 Following the first diagnosis of the Ebola virus in Dallas, Texas, over a week ago, the Santa Barbara County of Public Health as well as Student Health is preparing a reaction plan in the event of a local ebola outbreak.

In August, the Santa Barbara County Public Health Department began to compile comprehensive alerts issued to healthcare providers that details the protocols necessary to diagnose, test and report cases of Ebola. The Santa Barbara County Public Health Department is also implementing a wide range of protocols that includes coordination with local hospitals and healthcare providers, preparation of a public health laboratory to deliver Ebola patient specimens to the CDC and an Infectious Disease Emergency Response practice drill led by the department.

The ongoing outbreak of Ebola virus traces its origin to a two-year-old boy in Guinea who contracted the disease in December 2013 and died shortly afterward.

The World Health Organization also recently issued a statement claiming that the number of people affected is upwards of 10,000.

According to the update, there are “7470 (probable, confirmed and suspected) cases and 3431 deaths” spanning Guinea, Liberia and Sierra Leone as of Oct. 1.

Director of Student Health Mary Ferris said her office has been working with the Santa Barbara County Department of Public Health for months, but that if a patient potentially contracted Ebola they could not be treated on campus.

“We … have been preparing all summer … we wouldn’t be able to treat [an isolation patient] here at Student Health,” Ferris said. “We would have to transfer them immediately to the hospital.”

Despite being reliant upon local hospitals to administer treatment should a case emerge, Student Health is prepared to work with students who have recently traveled to West Africa, maintaining email correspondence and closely monitoring any signs of illness, according to Ferris. However, Ferris also said she believes Ebola to be an unlikely threat on a local level.

“A great advantage of Santa Barbara is that we’re a contained medical community,” Ferris said. “We’re not dealing with the challenges you’d have in a big urban area like Los Angeles.”

Ferris said she advises students to be aware of the instructions given by public health institutions regarding Ebola prevention protocol.

“Stay calm and follow the directions of Public Health,” Ferris said in regard to a potential UCSB infection scenario. “[Ebola] is just one more in a challenge of terrible infectious diseases that we have to face.”

Charity Thoman, Health Officer at the Santa Barbara County Public Health Department, said that while a case of Ebola at UCSB would not surprise her, the reaction would be sufficient to keep the disease from spreading.

“If there was going to be an Ebola patient in Santa Barbara County, it would not surprise me if it was at UCSB because of the number of international students,” Thoman said. “I’m very confident that we would be able to isolate that sick person and quarantine the contacts successfully.”

Second-year CCS biology major Olivia Lafferty said she feels concerned over the way epidemics have been dealt with domestically.

“Ebola outbreaks have been happening for quite a while, except they haven’t been happening to white people,” Lafferty said. “When it’s happening in Africa … people in the United States aren’t very concerned at all.”

“More needs to be done. I don’t think [the United States has] taken the [situation] as seriously as we should,” Sturges said. “I believe a travel restriction … is potentially needed.”

According to Thoman, the aggressive spread of Ebola during the outbreak’s early stages was due to a lack of healthcare infrastructure and medical protocol in West African countries.

“The reason why this outbreak got out of control is because there was no plan in place by the governments of these countries or the World Health Organization,” Thoman said. “There was really no approach for how to isolate and quarantine people within an urban city.”

While stressing the importance of the initial stages of the outbreak, Thoman said this outbreak would change the reaction process taken by both the WHO and the Centers for Disease Control.

“Had there been greater efforts put forward in the beginning, this absolutely could have been stopped,” Thoman said. “This incident is going to force the World Health Organization and the CDC … to reexamine their response plan.”

In regards to the case in Texas, Thoman said the decision to send the patient home was an indicator of a poor plan.

“It’s pretty clear from the mismanagement in Texas that [Dallas County] did not have a robust plan,” Thoman said. “The fact that that patient was sent home from the emergency room … says to me that whatever plan was put in place was weak.”