The Daily Nexus
Previews: What's Going On
Lorde To Play Santa Barbara Bowl
October 9, 2014 at 5:00 am by Jane Huson 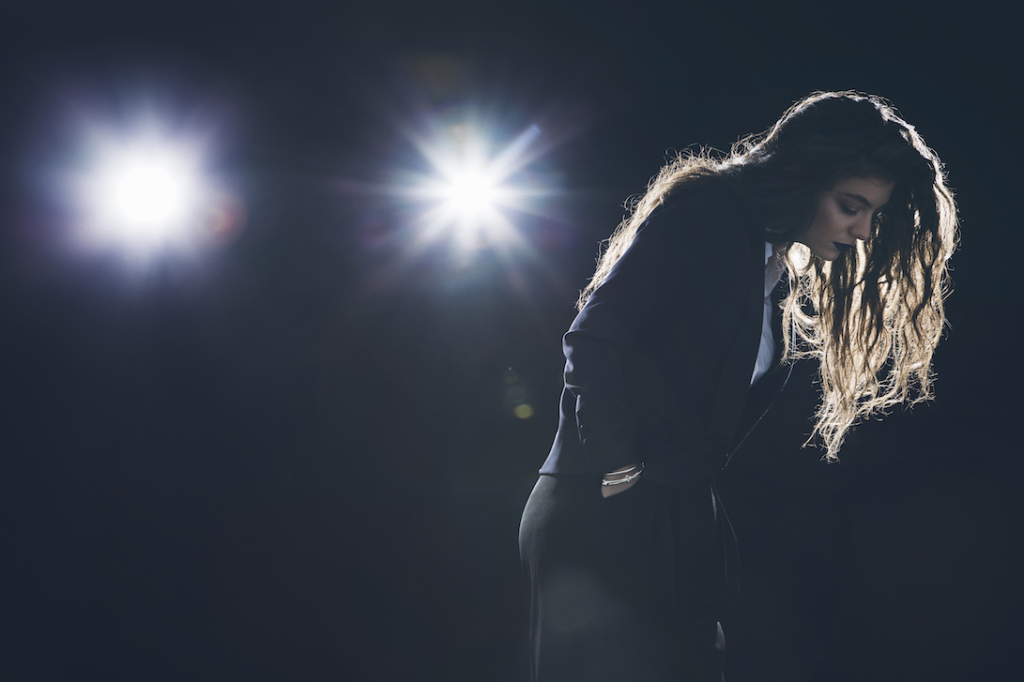 Ella Marija Lani Yelich-O’Connor is coming to Santa Barbara tonight! You may know her as Lorde, the almighty one-of-a-kind singing sensation famous for her anti-pop lyrics and unadulterated voice. Wrapping up the last leg of her North American Tour, Lorde will perform at the Santa Barbara Bowl this evening.

There’s a lot more to this singer-songwriter than her royally overplayed “Royals.” If you’re craving a different kind of buzz, listen to her restless electronica ballad “Glory and Gore” or her melancholy electro-pop jam “Buzzcut Season.” Lorde’s album “Pure Heroine” is a breath of fresh air from the musical wasteland dominated by Miley Cyrus and Nicky Minaj.

The 17-year-old songstress cites inspiration from minimalist musicians like James Blake. Lorde frames her voice with low-key beats and soft melodic flows. “I don’t play any instruments, so my voice needs to have the focus. My vocal-scape is really important,” she said during an interview with Vice News.

Lorde stepped on the scene with her EP “The Love Club” that she released on SoundCloud for a free download in 2012. Universal Music Group and Virgin Record commercially released it shortly thereafter.

Critics can compare her to the emotive, soothing sounds of Lana Del Rey and Florence and the Machine all they want, but this heroine has a style entirely her own. She is quite proud of it, too. Lorde’s smoky voice emits a cool-girl vibe; the kind of girl you would run into at a spoken word performance or an underground indie-rock concert.

A self-proclaimed feminist, Lorde’s lyrics focus on promoting a rugged sense of individuality and pursuing life in a defiant, yet classy way. She loves that she’s different, and she wants her listeners to embrace what makes them different.

Time magazine named her one of the most influential teenagers in the world. She has two Grammys. She was singled out in Forbe’s “30 Under 30.” Yet, the young starlet is so unpretentious that she sings about working out personal issues on a tennis court. “I’ll let you in on something big//I am not a white teeth teen//I tried to join, but never did,” she sneers in her song “White Teeth Teen” from “Pure Heroine.”

She has been praised as a compelling and enthusiastic performer who delivers songs with a healthy degree of solemnity — just enough to get her point across while giving the audience enough pizzazz to be satisfied. She has a tough-girl sound, yet is known for her calm and cool delivery.

Lorde has a sense of worldliness and composure far exceeding her years. You could almost forget she is only 17 years old … but then you start following her on Twitter and read posts like this one: “The good thing about Vegas is everyone’s sleep hours are so weird you can order pancakes @ midnight/tacos @ 7am (who would tho not me?¿¿)”

Touring with Lorde is the up-and-coming electronic-indie pop duo Majical Cloudz. Their thought-provoking lyrics and authentic sound mirror the mystery of Lorde’s music. Canadian singer-songwriter Devon Welsh has a shadowy, intense articulation. Listen to their single “Childhood’s End” on SoundCloud to get a taste of Majical Cloudz tune-age.

Last week at Cal Berkeley’s Greek Theater, Lorde sang some of her classics, such as “Tennis Court” and “Team.” This performance marked the debut of “Yellow Flicker Beat,” Lorde’s pop single featured in the soundtrack to “The Hunger Games: Mockingjay — Part 1.” The flickering drumbeat and brooding synthesizer overlap effortlessly with Lorde’s vocals.

Lorde describes her onstage style with her fashion choices. As “Royals” suggests, Lorde loves wearing clothing that make her feel regal. She incorporates dramatic elements into her outfits, like her midnight dark makeup and bold hairstyle.

This will be Lorde’s second time touring the U.S. After announcing her upcoming tour last June, Lorde tweeted, “and for those of you who saw me the first time, this is gonna be something different. i can’t wait to show you what i got planned.”

So, skip Thirsty Thursday and come be different with Lorde. Whether you’re the class clown or the beauty queen, you are guaranteed to have a grand time with this talented anti-diva.

Tickets for Lorde’s show tonight can be purchased at sbbowl.com, Stubhub or Ticketmaster. Jane Huson suggests you dance along with this Kiwi instead of stumbling down DP.

A version of this story appeared on page 19 of Thursday, October 19, 2014’s print edition of the Daily Nexus.