The Daily Nexus
News
UC to Allow LGBTQ Name Changes and Gender-Inclusive Restrooms
October 6, 2014 at 5:00 am by Staff Report 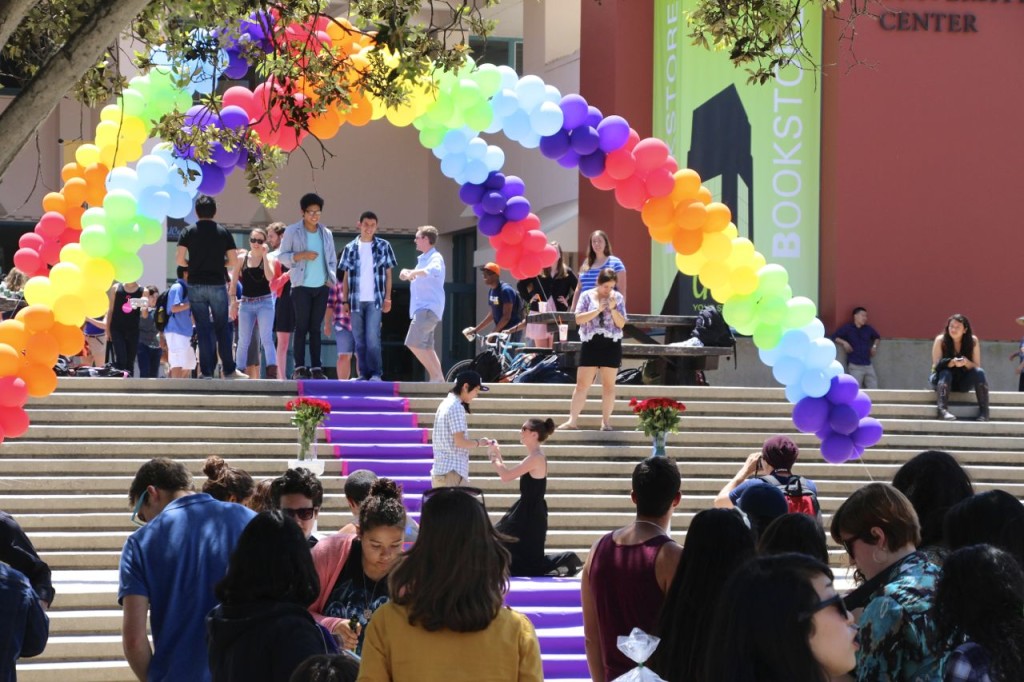 Students make their vows in front of the UCen at Queer Wedding. Photo courtesy of A.S. Queer Commission

Among the steps are measures that include allowing students to indicate a preferred name to appear on campus records in addition to their legal name, turning single-stall restrooms into gender-neutral ones and introducing gender-inclusive restrooms in new and renovated buildings “where practicable.” These actions took place at the inaugural meeting of an advisory council established by Napolitano in June which consisted of students, faculty, staff and alumni representatives and experts on LGBTQ issues.

In a public statement, Napolitano stated that the UC should focus on not only immediate measures, but also long-term standards to promote LGBTQ rights in the UC community and in areas where UCs are located.

“Having this group of experts to provide ongoing advice, guidance and feedback to UC leadership is really important to ensuring that we continue to provide an environment that feels welcoming to all members of the community,” Brown said.

The advisory council, whose next quarterly meeting will occur in winter, represents one of eight recommendations made to Napolitano by a two-year UC Task Force and Implementation Team on Lesbian, Gay, Bisexual and Transgender Climate & Inclusion established in May 2012. Other recommendations made by the task force also include a voluntary collection of data on gender identity, increasing cultural competency training and having campus diversity councils review programs at their locations to assess whether there is appropriate inclusion of sexual orientation and gender identity at the UC.