The Daily Nexus
Water Polo
Gauchos Get Off to Rough Start in Conference
October 5, 2014 at 10:31 pm by Edward Moss 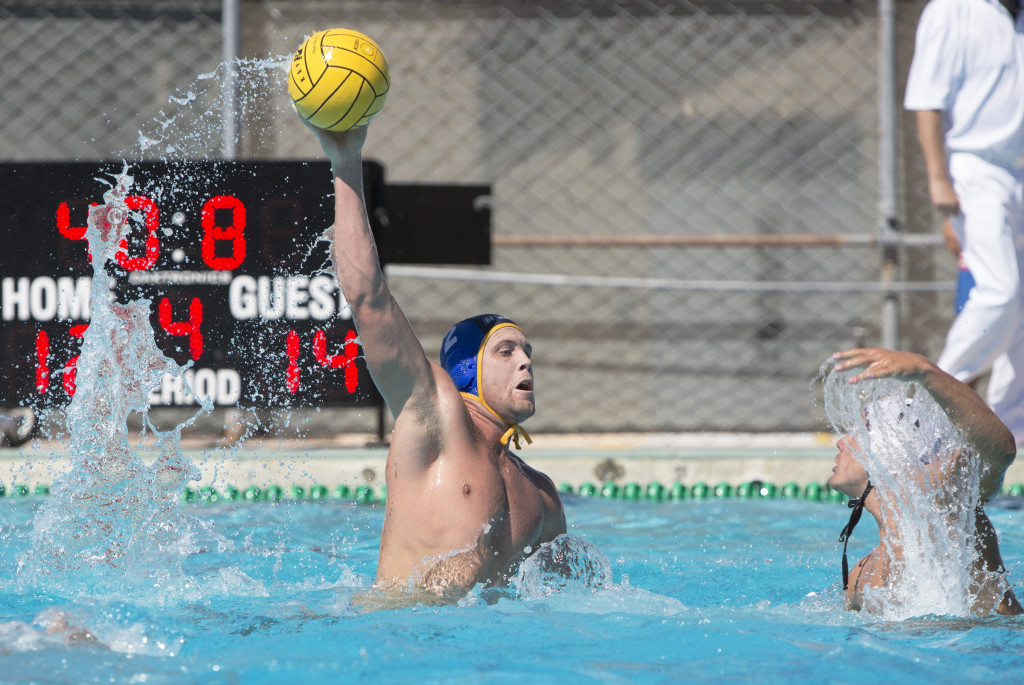 The No. 5 UCSB men’s water polo team lost its first two conference matches of the season this past weekend at the hands of No. 4 USC on the road and No. 6 Long Beach State at Campus Pool.

The Gauchos got blown out by the Trojans 14-5 on Saturday afternoon in a game where UCSB couldn’t amass much offense against a stubborn USC team. The Gauchos started the game with a goal from senior utility Chase Racich early in the first quarter, but USC then took control and never let go, with three goals in the first quarter followed by six in the second to give the Trojans a 9-2 lead at halftime.

The third quarter was a close battle as the Gauchos held the Trojans to only two goals while scoring two of their own from junior attacker Bryan Snyder and junior attacker Kevin Cappon, his second of the game. The game ended 14-5 after a goal from freshman attacker Josh Jordan.

The Gauchos weren’t able to make up for their loss the prior day as UCSB fell to Long Beach St. 14-12 in another close game between the two evenly matched teams. Their previous encounter saw the Gauchos win in sudden death overtime 14-13, but they weren’t able to pull through yesterday afternoon.

“For me I think we lost the game in the first half,” Head Coach Wolf Wigo said. “We gave up two or three really easy goals to them. One was a rebound goal that we should have boxed out and got the rebound, and then another one we were trying to get out of the half and we committed an offensive foul to give them a big opportunity.”

After Long Beach went up 1-0, the Gauchos countered with a goal from Cappon before the 49ers ended the first quarter up 4-2. Both teams scored five goals apiece in the second quarter as the Gauchos benefited from goals by junior two-meter Samer Alkateb, junior attacker Ryan Baliani, junior two-meter Liam Gaughan and two from Snyder.

Going into the second half both teams looked to continue playing physically in the close contest. It ended up being a half of missed opportunities for the Gauchos.

The first big play of the second half was a penalty shot opportunity for the Gauchos. Snyder stepped up in the one-on-one opportunity against Long Beach St.’s junior goalie Pavo Ljepopio, and ripped a shot that hit the post.

Later in the quarter the Gauchos wasted a six-on-three opportunity with a shot over the goal and continued to miss chances to put more points on the board. UCSB hit the post back-to-back in one possession, and freshman attacker Shane Hauschild was stopped on a breakaway opportunity before he was able to take a shot.

“At the end of the day we did miss two penalties and didn’t capitalize on a six-on-three opportunity,” Wigo said. “Those were critical moments.”

Entering the fourth quarter, the game was still a close contest with Long Beach St. leading 12-9. After the 49ers got an early goal in the quarter, the Gauchos pulled a goal back as Hauschild converted a penalty shot opportunity. Long Beach St. then countered with a goal of its own before Hauschild had another penalty shot. This time Ljepopio made the save, conserving his team’s four-goal lead.

The Gauchos pushed back as they scored two goals from Cappon and senior utility Brendan McElroy to cut the deficit to two with 1:23 to go. After a couple of missed shots, the game came to a close with the score 14-12.

The Gauchos look towards this weekend when they face top competition at the So Cal Tournament at UCLA.