The Daily Nexus
Outside Opinions
Dysfunctional Districts
October 2, 2014 at 5:00 am by Matthew Meyer 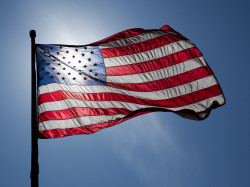 Americans love to hate their congress: the toothless legislative body that is perpetually hindered by bipartisan bickering and deeply corrupted by the influence of money and lobbyists. Few citizens believe the legislative branch is truly responsive to their needs. With midterm election season upon us, Gallup polls state that Congress’ approval rating sits around 14 percent — 14 of every hundred Americans think Congress is doing a good job.

Ask about someone’s district’s congressman or woman, however, and that person is more likely to respond positively. A Gallup poll conducted last month said that, despite their view of Congress as a whole, roughly 50 percent of Americans approve of their own representatives.

It is intuitive that in a system with regional representatives, congressmen would be more popular with their local constituents than as a whole. They respond most directly to the needs of the people who elect them. This divided focus begins to explain the ridiculous gap between the aforementioned polls. But the mere existence of districts is not the only institutional factor at play. In the case of the House, partisan manipulation of district boundaries also largely contributes to this discrepancy.

The House of Representatives is elected by congressional districts, which are subdivisions of the states they represent. Looking at a map divided by these districts is reminiscent of cloud gazing — the subdivisions take a wide variety of shapes. Illinois’ fourth district looks like a pair of earmuffs. Maryland’s third is a Rorschach splotch or a pinwheel, depending on who you ask.

The districts don’t contort themselves in such bizarre ways because the officials who draw them have a sense of humor. Sometimes the congressional subdivisions are deformed to accommodate geographical realities. More often, they are drawn to create voter blocs with specific attributes. The creation of these ideological pockets is called “gerrymandering,” and these blocs are used to give a party or individual the advantage in gaining representation in that region.

Gerrymandering is particularly effective in countries with non-proportional representation, featuring only two dominant parties. Sound like anyone we know? In America’s non-proportional system, only the candidate who wins a plurality of a race’s votes gains representation.  Using this “first-past-the-post” format, elections for individual state legislatures result in either Republican or Democratic dominance.

What do state elections have to do with gerrymandering? Their legislatures, dominated by a single party, are in charge of drawing and re-drawing district boundaries in most states. That’s what you call a conflict of interest.

While they must fit certain guidelines, district parameters allow plenty of room for a state’s dominant faction to create a partisan advantage. The “earmuffs” of Illinois, for example, were designed by Democrats to create a Hispanic supermajority for Representative Luis Gutierrez. Since 1993, Gutierrez has dominated elections, never gaining less than 75 percent of his district’s votes.
Gerrymandering is utilized for more than the creation of favorable districts for a party’s incumbents. Two of the most common forms of the technique actually involve creating districts for a party’s opponent.

“Packing” is a strategy by which parties concentrate many voters of one type into a single district. Thus, for one seat, the bloc’s support is overwhelming, but the group ultimately impacts significantly fewer House races. Legislators would rather forfeit a single region than risk the bloc’s opposition in multiple districts.

“Cracking” is another form of gerrymandering that achieves the same effect by similarly manipulative means. Rather than forcing all of an opposing faction into one district, cracking attempts to split a powerful voter bloc into as many districts as possible. Taking advantage of the “wasted vote effect,” the party creates divisions that do not give the faction enough voters in any one district to gain a plurality. Even if this population is large and impassioned, America’s non-proportional system will leave them unrepresented unless they can dominate individual districts.

Some states, including California, are beginning to combat these strategies by taking the power of re-districting away from politicians. After passing laws that delegated the task to an external committee instead, California’s representatives saw a significant turnover in 2012. Other states have passed similar reforms, but an overwhelming majority still allow politicians to control the creation of their districts.

Gerrymandering allows the House of Representatives to choose its voters — not the other way around. This is problematic for obvious reasons. While Americans are clearly disenchanted with the actions of Congress, they fail to hold their own district’s representative accountable. In 2012, OpenSecrets.org reported a 90 percent incumbent re-election rate for the House. For over 50 years this number has never dropped below 85 percent. This November, that is unlikely to change.

For congressional incumbents, re-election is already a breeze. To help overcome a challenger, the legislators have an insurmountable advantage in campaign funding, wide name recognition and the right friends in Washington. When handed a cookie-cutter district filled with constituents of the same ideology, the congressman or woman needs only to pander to their region’s needs for assured re-election.

This brings us to where we stand today. Congress is filled with career politicians responsive only to the desires of their party and their specific district. Particularly in the House, the divided focus of representatives slows national-scale decisions to a crawl.

The casualty is the American voter. The politicians we elect abuse our non-proportional system to waste our votes. Large, impassioned groups that deserve widespread influence are reduced to a single representative. Even worse, these groups are sometimes divided to the point that they gain no representation at all. The rest of the population remains blissfully unaware — constantly re-electing their district’s representative who suits their needs just fine.

States who delegate re-districting to external committees have taken a step in the right direction. However, many of these reforms are weak and grant state legislature appointment and oversight privileges. The focus should now turn to further reducing politician’s access to these commissions. For the rest of the country it is time to wrest control from their state’s legislators and hand it to officials who do not have a conflict of interest.

Matthew Meyer says no to cracking, packing, stacking and macking and you should, too.

A version of this article appeared in the 10/2/14 print edition of the Daily Nexus.