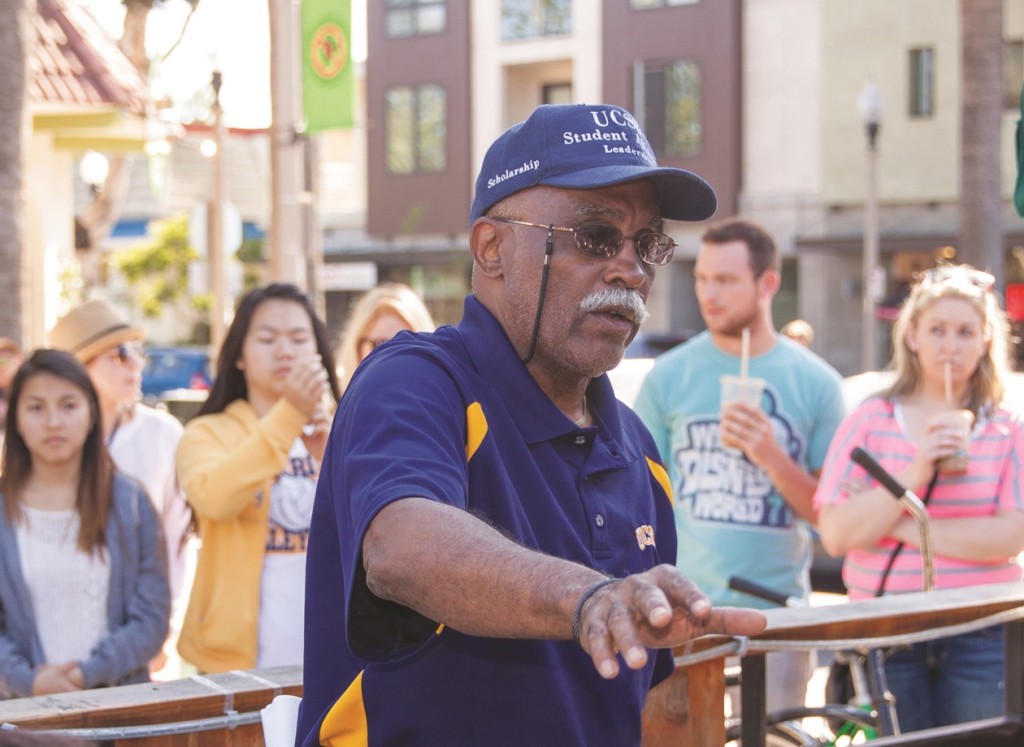 Michael Young, UCSB’s Vice Chancellor for Student Affairs for 25 years, will be retiring from his position in January 2015.

Chancellor Henry T. Yang announced Young’s planned departure in a recently released memo on the Office of the Chancellor website. Young oversees the Division of Student Affairs, a large administrative arm of the university that oversees various non-academic campus departments including Judicial Affairs, Student Health and the Office of Student Life, among others.

In his memo to the campus, Yang expressed his “sincere appreciation” for Young’s time with the university and described Young’s relationship with university staff and students as that of an “advocate and mentor.”

“He has worked closely with our students and with colleagues across the campus and UC system to foster a supportive and inclusive community,” Yang said in the memo. “Many of our alumni have returned over the years to express their gratitude for his mentorship and support.”
Young joined the campus as the Vice Chancellor for Student Affairs in 1990, previously serving as the Associate Dean of the College and University Registrar at Wesleyan University.

According to Associate Dean of Students Don Lubach, who was in Student Affairs when Young was hired to run the division, UCSB has greatly benefitted from Young’s “principled and consistent” leadership qualities. According to Lubach, when Young arrived at UCSB the state was on a downward economic cycle, yet he immediately consulted with the dozens of departments to figure out how to keep service levels high while saving money.

“He vowed to save as many of our jobs as possible,” Lubach said. “His creativity worked. I don’t think our Division had a single layoff because of his leadership.”

Associate Dean of Student Life and Activities Katya Armistead, who has worked with Young for almost 24 years, said he is “relentless” about pushing staff to continue their education and pushed Armistead to complete her doctorate degree, along with many other professionals.

“Michael is a man of principle,” Armistead said, “he’s consistent, and he has a way truly listening to students and staff.”Director of Student Health Services Mary Ferris said Young’s legacy includes support for diversity, tolerance and training and professional development.

“He has been such an inspiring leader for us all,” Ferris said in an email. “Many current campus staff leaders have been mentored and guided by him, so even though we will sorely miss him, he is leaving a whole new generation of Student Affairs leaders that can continue his vision.”

According to Lubach, along with being well known across UC campuses as the “Mental Health Administrator,” Young has led a number of UC-wide efforts to support students who are challenged with depression, anxiety and other issues and has led an overhaul of nearly “every computer system that affects students.”

“Clearly, Michael Young has left the campus in much better condition than it was in the [1990s] when he arrived,” Lubach said. “He has modernized our systems, but kept us working well with old-fashioned care and solid leadership.”

Armistead said Young has taught her, the rest of her division and the university a great deal of wisdom.

“Michael’s legacy includes a strong believe in professional development, freedom of speech, even though I also learned from him that just because you can say something, doesn’t mean you should, and to show up well,” Armistead said.

According to Yang, a nationwide search committee will be formed to find candidates to replace Young, whose last day will be Jan. 31, 2015.

This story appeared on page 1 of Thursday, September 25, 2014’s print edition of the Daily Nexus.

Michael Young was a great asset to the UCSB campus and I’m sad to see him go. As a student I worked with him a few different times and he treated me with respect and dignity, which is difficult to find from people in positions that high up. I am hopeful that UCSB will find a Vice Chancellor with his energy, compassion and dedication.