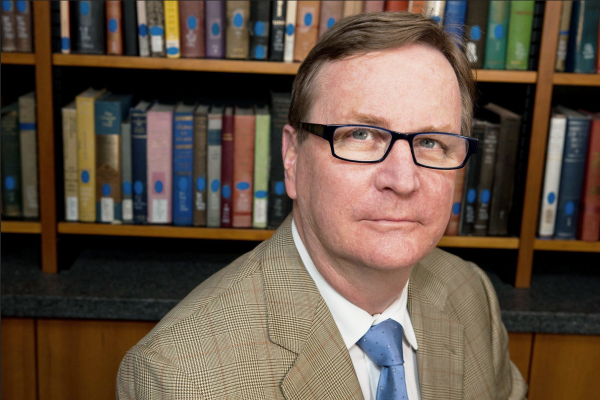 During last Thursday’s University of California Board of Regents meeting at the UC San Francisco Mission Bay Community Center, the Board unanimously confirmed the appointment of UCSF School of Medicine Dean Sam Hawgood as the campus’s tenth chancellor.

At Thursday’s morning session, the Board moved to unanimously confirm the appointment of Hawgood as the tenth chancellor of UCSF following the departure of former chancellor Susan Desmond-Hellman in May to serve as the CEO of the Bill and Melinda Gates Foundation. The regents also approved a state-funded base salary of $500,000, plus $250,000 to be funded through an endowed chair created specifically for the chancellor position by the UCSF Foundation that does not use state funds.

Following his appointment, Hawgood made brief remarks to the board, discussing UCSF’s work in healthcare, education and research, as well as his affinity for the UCSF campus.

“I understand and deeply respect the core values of UCSF, and both the principle and practice of shared governance with the faculty,” Hawgood said following his confirmation.

Following Hawgood’s remarks, the Board heard from Dr. John Stobo, Senior Vice President of Health Sciences and Services at the UC Office of the President, who presented on the need for “leveraging scale for value” in terms of the services provided by the UC Medical Centers, based on the ideas of futurist Ian Morrison.

Stobo said the UC Health Centers can continue to be profitable if they embrace a “value-based” model of doing business where UC medical centers act as a coordinated system embracing “wellness and prevention” at financial risk, rather than a “volume-based” approach that focuses on paying centers based on number of patient visits. Stobo also emphasized the need for the medical centers to act together as an integrated whole rather than a “federation” of loosely connected medical centers.

Finally, the Committee on Grounds and Buildings and the Committee on Governance presented their findings and passed several motions, primarily budget augmentations, one of which included a motion to approve an amended budget for the UCSB San Joaquin Apartments construction project to include a dining commons facility in the complex that had previously been excluded from the plans.