The Daily Nexus
News
Results of Tuesday’s Primary Released
June 5, 2014 at 5:00 am by Staff Report

In California’s statewide direct primary election on Tuesday, candidates for the November general election for statewide office were chosen. Republican candidate Neel Kashkari will challenge the Democrat incumbent Edmund “Jerry” Brown in the gubernatorial race, Republican Ron Nehring will challenge the Democrat incumbent Gavin Newsom for Lieutenant Governor and Democrat Alex Padilla will run against Republican Pete Peterson for Secretary of State. Current Attorney General Democrat Kamala Harris won 53 percent of the vote and will face off against the second-place candidate, who will be announced in the coming days as the remaining votes are counted.

In the local election, Democrat incumbent Lois Capps won her race for the U.S. House of Representatives 24th district by a landslide. In November, she will be challenged by either Dale Francisco, Chris Mitchum or Justin Fareed, all of whom are Republican candidates. In the California State Assembly 37th district election Democrat incumbent Das Williams was reelected. California State Senator Hannah-Beth Jackson representing the 19th district will be up for reelection in November. Sheriff Bill Brown won the election for County Sheriff-Coroner while Joyce E. Dudley won the District Attorney position unopposed.

The Santa Barbara County Facilities Measure Ordinance M2014 that required the county to keep county-owned roads, parks and buildings in their current condition or better failed.

Voter turnout in Santa Barbara County was just over 29 percent.

A version of this article appeared in the print edition on page 3 of the Daily Nexus on Thursday, June 5, 2014 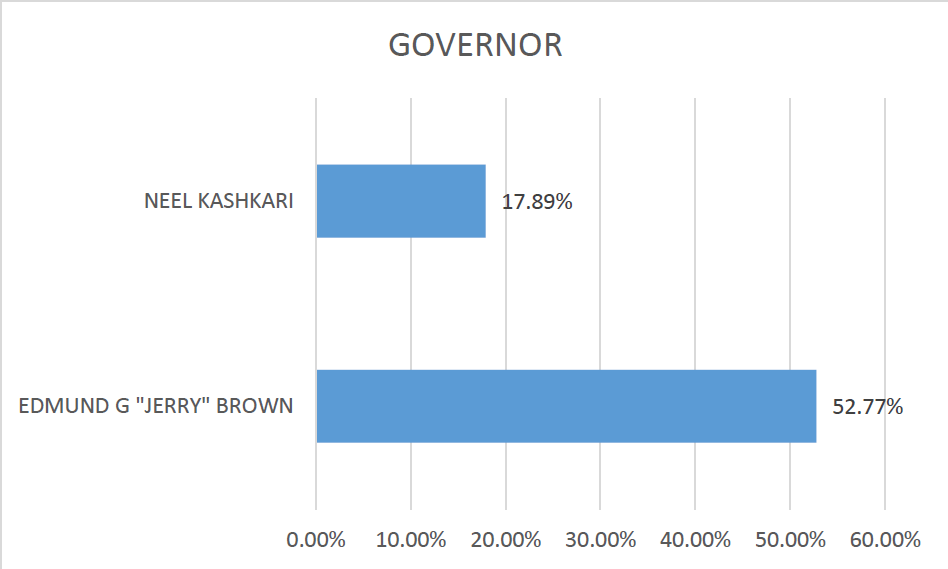 Data from Office of the County Clerk Recorder