The proposed “Promoting Healthy Minds for Safer Communities Act” seeks to improve the country’s mental health infrastructure, tighten gun regulations for at-risk individuals and expand the reporting of mental health records. More than two dozen Democrats are behind the bill, which was introduced by California Representative Mike Thompson.

Capps said the bill would help the legislature fix problems at the intersection of mental health and gun violence. “It will strengthen research on mental illness with respect to violence,” Capps said in an email. “It strengthens and improves mental health intervention efforts, and ensures a fair process for restoring firearm ownership rights. This bill is a good step forward and I am proud to support it.”

According to Capps, the system of submitting records to the National Instant Criminal Background Check System will be improved if the bill is passed. “[The bill] will help keep guns away from dangerous individuals, like those convicted of stalking,” Capps said in an email. “It will also direct [the U.S. Department of] Health and Human Services to conduct research on violence, and provides grants for the creation of mental health programs in schools.”

The bill aims to close loopholes that allow dangerous criminals to purchase firearms, Capp said, and because one-third of women homicide victims are killed by an intimate partner with a firearm, protecting domestic violence survivors from gun violence is an important way to close a loophole.

“I introduced a bill last year that would extend federal firearm prohibitions on individuals subject to a domestic violence restraining order to dating partners,” Capps said in an email. “It would also extend that definition to prohibit an individual convicted of a domestic violence misdemeanor from purchasing a gun.”

According to Capps, the bill is a solution to ensure that Isla Vista residents feel safe in their own community. “People walking down the street in Isla Vista also deserve to feel safe,” Capps said in an email. “This bill is a common sense solution that protects our community while preserving a person’s 2nd Amendment rights.”

Despite agreeing with the bill, political science professor Eric Smith said Capps and Thompson will face challenges getting the bill to pass because the Republican Party currently controls the House of Representatives.

“We don’t have the votes to get more gun control if it means restricting the weapons that are sold,” Smith said. “[In] the last round of gun control legislation, people were trusted in trying to limit magazine sizes and things like that. That clearly is not going to pass [in] the house, so if there’s any progress made on the issue at all, [it’s] this, the mental health restrictions.” Smith said the expression “gun control only makes a criminal’s job easier” is false rhetoric that is inapplicable to this specific bill.

“Gun registration is finding out who has guns, not preventing people from having guns unless they fill a certain category such as mentally ill or if they have been convicted of a felony or something like that,” Smith said. Smith said he predicted most Republican Congressmen would be hesitant to agree to any increased gun regulations, and as a result, would defeat the bill.

“I think it’s unlikely that Lois’ bill is going to pass, but it’s worth trying,” Smith said. “Political predictions like these regularly go wrong.”According to Smith, if Capps’ current proposed bill does not pass, a similar bill might pass in the future if legislators keep pushing. “Senator Ted Kennedy pushed national health insurance from the day he entered Congress back in 1966 until the day he died. It finally passed under President Obama,” Smith said. “Without Kennedy’s efforts over the years, Obama might have failed. It’s worth trying these things and bringing them up over and over because if you want to succeed, you have to keep issues alive, and that’s one way to do it.”

Andrew Johnson, a Ph.D. student studying political theory, said he was frustrated that lawmakers failed to collaborate and introduce an effective gun-safety measure.
“Increased regulation does not undermine the constitutional right to own a gun,” Johnson said in an email. “The real lesson to be learned from watching the failure on gun control measures in our national politics is the inability of government to pass even the most piecemeal of measures.”

“We could use increased rules on gun ownership in America, but what we desperately need is real political leadership and a non-intransigent opposition party.”

According to Capps, more than two million Americans have sent postcards to their elected officials in support of the #NotOneMore campaign to increase gun control. Capps said she stood firmly behind the Isla Vista community despite the struggles that lie ahead.

“I share the frustration voiced by many UCSB students, faculty and community members, especially parents like the father of Christopher Ross Michaels-Martinez,” Capps said in an email. “I am committed to being a voice for Isla Vista in Congress and to do what I can to ensure that not one more person falls victim to senseless violence.”

A version of this article appeared in the print edition on page 5 of the Daily Nexus on Thursday, June 5, 2014 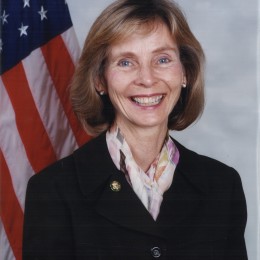 So jimmy interview 3 people for this article and all are for the bill. No interviews with an opposing viewpoint. A bill that they admit can’t pass, but the article portrays the bill as perfect. They then use a PhD student to allude that the problem is political leadership and a non-intransigent political party. This article is far from news, it is political opinion dressed as news.

Jimmy
Reply to  A guest

Hey! I’m the author of the story. To clear things up, my job was to inform the Isla Vista community of matters relevant to them not to start a debate about gun rights. However, I did intentionally seek out and interview many people that were strong opponents of these gun laws. However because the topic was so heated, every single one of them refused to allow me their quotes. So to be fair, I left out many quotes I gathered from the left voicing their support for the bill. I have to use what my sources give me. Never in… Read more »

forgive my lack of proofreading in this reply

One more thing. I can understand you are frustrated that my article comes off in favor of liberal agendas. However, remember that my readership consists of UC college students. After the shooting, there was overwhelming outcry for stricter gun laws. Everyone was paying attention KEYT and bigger news sources for the basic low down of what our law makers were doing. I wanted to give them something unique and in-depth so I cut down to the chase. It was my goal to give my target audience an objective analysis of the bill’s chance to pass. Even the gun supporters I… Read more »