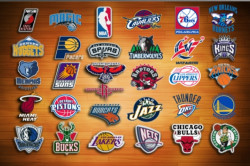 Last year when the NBA Finals came around, it was the Miami Heat not only expected to win it all, but win fairly easily.

This year, the roles have been reversed. In the first Finals rematch since the 1997-98 season, the San Antonio Spurs are the team predicted by many to take home the championship trophy.

After all, they had the best regular season record of any team in the NBA while playing in the much more difficult Western Conference and the Spurs have quite the chip on their shoulder after failing to win the title by just seconds last season.

However, despite what most people think, I’m still betting on Miami taking the three-peat and becoming one of just four NBA franchises to win three straight crowns.

The Heat are the first team to advance to four consecutive NBA Finals since the 1984 Boston Celtics. Miami beat the Pacers on their home court in order to make the Finals, something it will have to do again since San Antonio owns home court advantage. Granted, San Antonio is a much better team than Indiana, but it takes just one game to turn the tides. It’s definitely doable if the Heat are at the top of their game.

During the regular season, the two teams split the season series 1-1 with the home winning both games. Both Miami and San Antonio have been fantastic at home this season with the Spurs going 9-1 in the playoffs and the Heat going 8-0.

In fact, while these teams seem very different due to their styles, they are actually very similar. The series may come down to who outplays the other at their own game.

For example, both are veteran teams and come of the oldest in the league. They have great experience and knowledge of the game. There won’t be any panicking. Miami might seem younger due to its explosive style, but it’s actually the older team. Both will need to manage the minutes of their stars well and stay healthy.

Parker has said he will play, but can he manage to say out on the floor? Can Duncan play the needed minutes? Can Dwayne Wade hold up? Will Ray Allen and Chris Anderson be ready for action? It would be unfortunate, but this series could come down to injuries and who’s ready to go for longer.

Both teams have also gotten better as they got deeper into the NBA playoffs, a characteristic of any great team. Miami always steps up during playoff time, so despite the fact that they didn’t have as great a year as last year, it just might not matter. And the Spurs always execute. They are hungry.

In addition, both teams are deep. They each have their “Big Three”, but there are plenty of role players there to support. The supporting players will be a huge factor in their production on the floor.

Nevertheless, their styles are very different, pitting athleticism with efficiency.

The Heat are dynamic and are best out on the fast break. It certainly doesn’t hurt Miami features the best player in the World. Whether he steps up will be a huge factor. It’s not said about many superstars in the NBA, but Miami needs James to be more selfish.

The Spurs, on the other hand, are all about execution. They’re disciplined. They move the ball on offense and cut to the basket rather than standing around.

This will be a series for Duncan. Miami’s biggest weakness is lack of height and depth on the inside, so Duncan needs to exploit that and crash the boards.

So, while the offense will be fun and exciting, the series will most likely come down to defense. Who can make the needed stop? They say defense wins championships; it’s time to see who can play all-around good basketball.

Miami is best when they get in the passing lanes and up the defensive intensity. However, the Heat haven’t been the great defensive team they have been in past years. To win, they have to step up to the table.

As for San Antonio, they’re great about taking away what you want to do. They’re smart. They just have to be consistent.

In the end, I go with Miami because despite making the last four finals, I think injuries may play hurt San Antonio and the Heat have James. They will follow his lead. When you have the best, it can make all the difference.