The Daily Nexus
News
Film Screening Portrays Former Miss World’s Recovery from Rape
May 19, 2014 at 5:00 am by Brittany Tholan 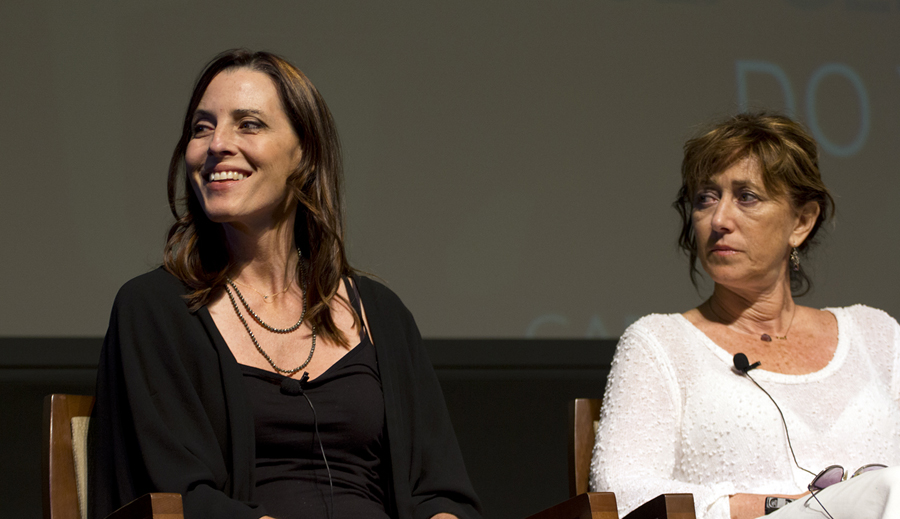 The Carsey-Wolf Center aimed to spark a conversation on sexual assault with last Thursday’s screening and discussion of Brave Miss World, a documentary on the rape of Linor Abargil, Miss World 1998, and her subsequent path to recovery and foray into anti-rape activism.

The film depicts Abargil’s emotional struggle after being stabbed and raped at age 18 and how she used the Miss World title she earned just six weeks later as a platform to reach other victims and encourage them to speak out. After the screening, the film’s director Cecilia Peck and editor Elisa Bonora discussed the five years they spent making the documentary on a panel that also included Campus Advocacy, Resources and Education Director Jill Dunlap and postdoctoral fellow at Counseling and Psychological Services Dr. Cassie Pasquariello.

Abargil was stabbed and raped in the back of a car by her travel agent, Uri Shlomo Nur, just outside of Milan, Italy. In order to convince him to drive her to the train station afterwards, she swore she would stay silent. She called her mother immediately afterwards, but the incident received no press attention for several weeks while law enforcement arranged for the rapist’s arrest when he returned to Israel.

In the weeks of silence, Abargil was crowned Miss World. After Nur was arrested, Abargil attended his highly publicized trial in Israel and encouraged women to speak up if they were victims of sexual assault.

“That night that she was crowned, with the tears streaming down her face, she was vowing to herself that she would one day tell her story and speak out and encourage other women not to stay silent,” Peck said.

According to Peck, calls to rape centers in Israel doubled the year Abargil spoke out about her experience. Peck said Abargil has been encouraging women all over Israel to speak up since, and the film was her way of expanding her message to audiences outside Israel.

Sheila Sullivan, associate director of the Carsey-Wolf Center, said the highly publicized sexual assault incident in Isla Vista last quarter made the event particularly timely for the campus community. One of the main goals of the CWC, she said, is using media to address local issues.

“We saw it as a very important social responsibility to bring this type of programming to the campus,” Sullivan said.

Sullivan said that although student groups and school officials were responsive to the sexual assault, in her opinion there remains a “strange sexual aggression” in Isla Vista. She said this would be addressed by support for the victims and education for all.
According to Peck, Abargil’s mother did the right thing by supporting her daughter all the way through, not blaming her and letting her speak about it when she was ready. Peck also said so many survivors stay silent because the first response they hear makes them feel guilty or ashamed.

“For me this film is about the courage that it takes to seek justice, and that you can heal even though it might be hard, and that you can take a step forward and two steps back, but it’s so important to get help and get support and speak about it,” Peck said.

Bonora, an Italian-born editor of the film, said the story hit close to home because she too was raped at age 18.

“It’s a form of death,” Bonora said. “You lose a lot of years in your life – you lose 10, 20, some women, 30 years, some women never recover [or] balance a relationship with their marriage.”

Bonora said the filmmakers approached the project thinking that they were going to make a film about a woman who recovers through her own empowerment. However, she said the process was extremely difficult at times, as Abargil would have “moments of panic” and have to leave the room, take a break for a few days or even a few months.

The film included some of these moments, documenting Abargil’s post-traumatic stress episodes and her turn to religion. Abargil, once modeling in underwear commercials and photoshoots, had to have extra fabric added to her wedding dress to cover her skin in accordance with Judaism.

Pasquariello said training people how to respond to a report of a rape is a priority at CAPS, since often the initial reaction a victim receives impacts how it will affect his or her life.