The Daily Nexus
News
Cool Off This Weekend With Chilla Vista
May 1, 2014 at 5:00 am by Heeba Kaleem

This year’s free annual Chilla Vista festival will bring together local bands and artists for an afternoon of music, free food and various activities Saturday afternoon, May 3, at Perfect Park.

The band lineup for this year’s festival includes headliner FMLYBND along with The Fire Department, The Olés, Alright Alright and That’s What She Said. The event, hosted by Associated Students Isla Vista Community Relations Committee, will include a unique opportunity for attendees to vote on a mural for the Pardall Center, with submissions coming from a number of local artists.

External Co-chair of IVCRC Casey Hebebrand, a third-year chemical engineering major, said submissions must somehow represent the culture of Isla Vista and its identity as a community.

Hebebrand said the winner of the mural contest will also receive a chance to go to the top of Storke Tower, an opportunity granted only to those with a key or who know someone with a key.

Associated Students Special Events Assistant Brandon Pineira, third-year communication and psychology major, said this year’s festival is particularly exciting because many of the bands are from Isla Vista.

“As for the lineup, IVCRC has a great group of bands with Isla Vista roots, and I’m personally ecstatic to be working with them to put on an entertaining show for our students and IV locals,” Pineira said in an email.

In addition to the music and art, attendees will get the chance to snack on free ice cream and seasonal fruits and vegetables provided by the I.V. Food Co-op and the A.S. Food Bank. There will also be trail mix making stations, flower headband making stations and tie dying stations, amongst many other activity centers. According to Hebebrand, the festival will also have a sticker system that attendees can use to obtain prizes.

“Each activity that you participate in will earn you a sticker in your passport, which you can exchange for free food and Chilla Vista shirt,” Hebebrand said in an email.

Alison Young, first-year art and psychology major, said she thinks the event will be a fun way for artists to showcase their work.

“The event’s a great way for artists to gain exposure because it gives them an opportunity to share their work for the community,” Young said. 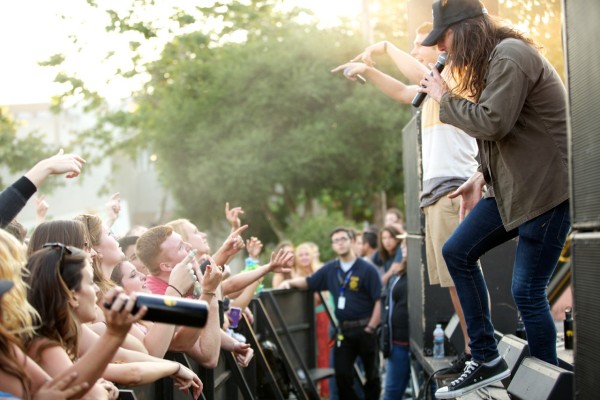 A version of this article appeared in the Thursday, May 2 edition of the Daily Nexus.