Koh performed each of the three parts of the tribute to Johann Sebastian Bach separately, and Santa Barbara is among the first places in the country where all three parts have been performed. At tonight’s performance, she played Bach’s Sonata No. 2 in A Minor and Sonata No. 3 in C Major, as well as modern works by Luciano Berio and John Zorn.

Dr. Bernie Gondos, a retired physician and violinist who played in The Anacapa String Quartet, said he appreciates Bach and was impressed by Koh’s idea of playing Bach’s three sonatas and three partitas.

“I am really impressed by Jennifer’s background. I have never heard her play, but I was reading about her,” Gondos said. “I think for someone to play in that sequence — three concerts, all six of those pieces — is a marvelous idea.”

Dr. Robert Weinman, who sponsored the concert as part of the “Up Close & Musical” series through Arts & Lectures, said Koh’s performance were “exciting.”

“Jennifer is so wonderful. I had no idea — I had never heard her before live. Even the modern pieces. They weren’t sublime, but they were exciting,” Weinman said. “The first one, to me, sounded like an animal caught in a trap trying to get out, some hunters beating it with a stick and finally the animal gives up and dies.”

Before the show, first-year biology major Andrew Lukasiewicz, who was attending with a group of classmates, said he was unfamiliar with Koh’s work but interested in seeing the more modern pieces in addition to the work of Bach.

“We just figured that a classical kind of concert like this might be a little bit more interesting to come see,” Lukasiewicz said. “This would be a nice change of pace. I know some of the stuff from Bach that she is going to be playing. … I’m very interested to see them though.”

Caroline Luce, a 12 year-old pianist, said she was able to talk with Koh after the show about the amount of practice Koh put into violin when she was 12 years old. Luce also said she was “excited” and “nervous” to talk to Koh and that she admired Koh’s ability to draw in the audience.

“She said she practiced about four hours every day [at 12 years old]. She works really hard for it. I didn’t get to talk to her that much, but I could tell she really connected with her audience,” Luce said.

NancyBell Coe, an audience member and former president of the Music Academy of the West, said she was very impressed by Koh’s performance and her ability to “pull” the audience with her technical talent and approach to music.

“[Koh] is a really remarkable musician who has incredible technical chops, but it’s all about the music and the passion with which she approaches the music and how she communicates it to us in the audience. For me, time stopped,” Coe said. “She just pulls you into this world that she is creating. Not so many artists can do that.”

Coe said Koh is a musician who can provide her audience with an “extremely special” performance that is unique among the many concerts available to the public.

“You go to a lot of concerts, and you hope to get the ones that are really something extremely special. It doesn’t happen all the time,” Coe said. “This was one of the nights it happened. With this musician, it is pretty predictable that it will happen.” 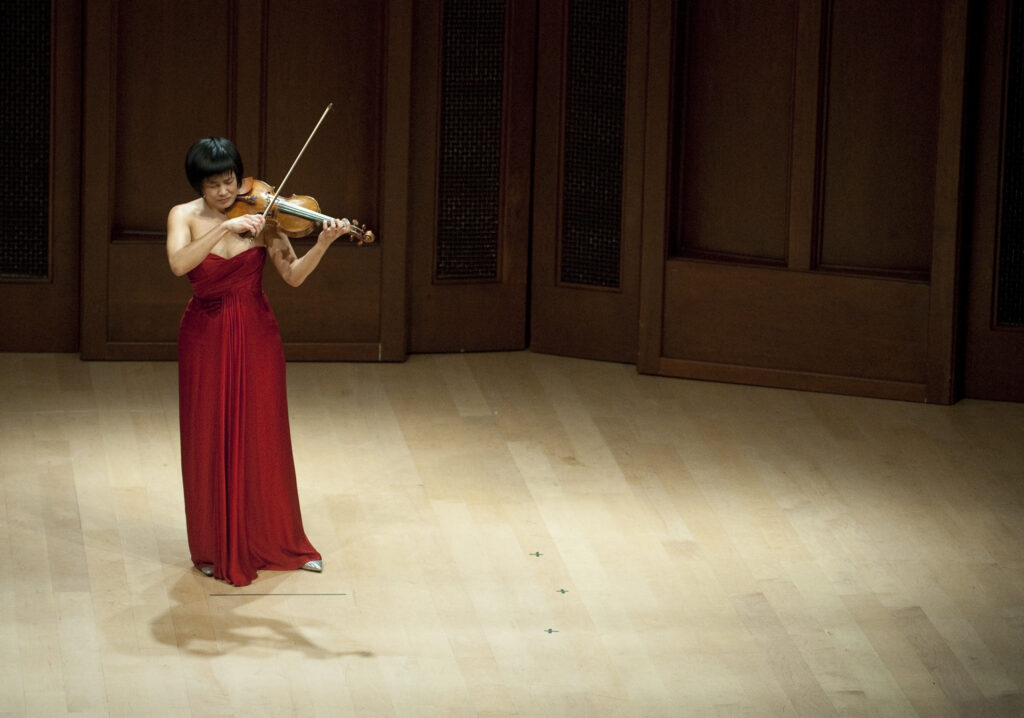 A version of this story appeared on page 4 of Thursday, April 24, 2014’s print edition of the Daily Nexus.