Set in the historically black, poverty-stricken neighborhoods of Pittsburgh during Abraham’s adolescence, “Pavement” aims to address the community’s history of racial discrimination through dance. Abraham is one of America’s most sought-after choreographers and was named a MacArthur Fellow in 2013. The MacArthur Fellowship, also known as the “Genius Grant,” is awarded to individuals doing groundbreaking work in their field.

According to an Arts & Lectures press release, the performance draws upon various issues of gang violence, homelessness and HIV/AIDS that were prevalent in many major American cities during the early 1990s. In addition to choreographing the performance, Abraham also doubles as a dancer in the troupe, which is comprised of seven performers from various ethnic backgrounds, including six males and one female performer.

According to the press release, Abraham drew inspiration for “Pavement” from various sources including his upbringing in Pittsburgh, the 1991 film “Boyz n the Hood” and the literary works of W.E.B DuBois.

The performance drew upon various musical genres and artists to accompany the movement of the dancers such as opera, classical, soul, jazz and electronic, as well as the works of Bach and Vivaldi among others. The performance uses very few props, the most significant being a basketball hoop that remained on stage throughout the performance and served as a literal backdrop for images of Pittsburgh housing projects.

“At first, I was nervous because this group had not performed together since December, but I think we did a tremendous job tonight,” Abraham said.

The performance was followed by a brief question and answer session, during which Abraham discussed the show as well as his future projects.

According to dancer Eric Williams, “Pavement” delivers many subtle messages to its audience and represents various artistic styles.

“Modern dance can be viewed both literally and as an abstract art,” Williams said. “Some of our dance is hard to interpret, but I hope you can see how we portrayed themes such as homelessness, gang violence, etc.”

First-year environmental studies major Julia Kuhlman said she enjoyed the performance and was impressed with the way the dancers performed their scenes.

“I was fascinated by the way the dancers recreated a gang fight using rapid dance movements,” Kuhlman said. “The dancers were graceful even when they were depicting this violent fight.”

Tickets are still available for the second performance of “Pavement” tonight at 8 p.m. 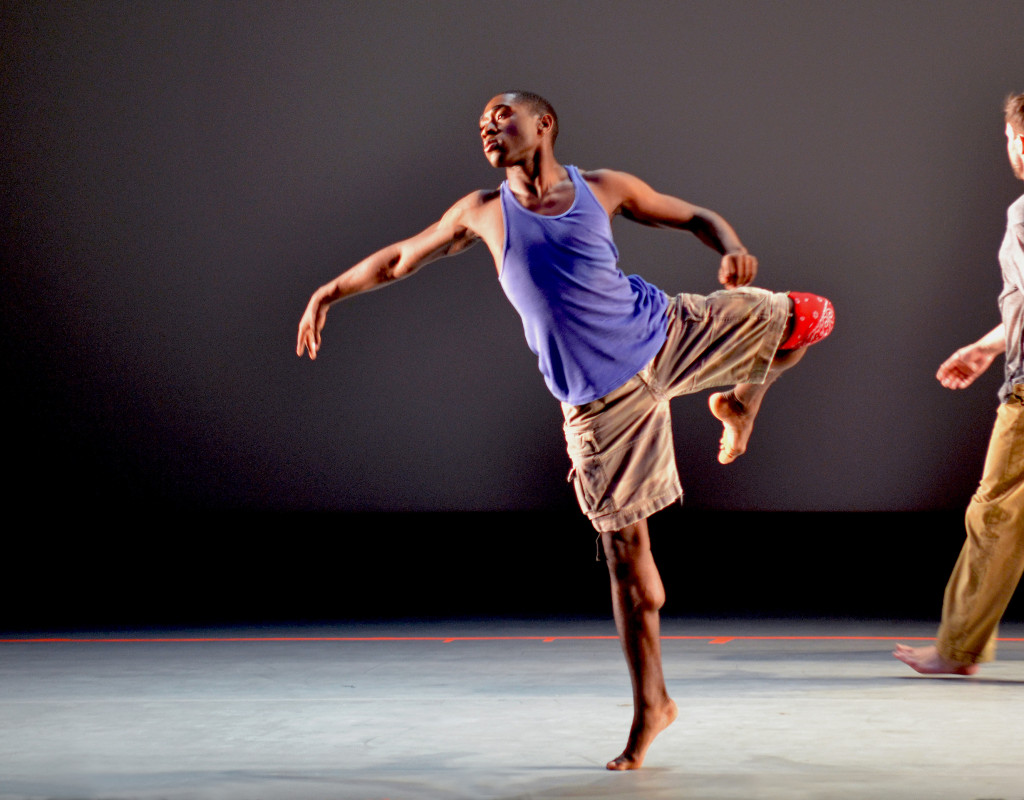 A version of this story appeared on page 1 of Wednesday, April 23, 2014’s print edition of the Daily Nexus.