The Daily Nexus
News
Weeklong Event Brings Philippines To UCSB
April 16, 2014 at 5:00 am by Heeba Kaleem

Every day this week, students will have the opportunity to get a taste of traditions and culture from the Philippines by participating in Pilipin@ Visibility Week, sponsored by UCSB’s Kapatirang Pilipino organization.

The week kicked off with a dance workshop Monday night, and Kapatirang Pilipino (KP) will continue to host nightly events highlighting different aspects of Filipino culture. Events will include free food offerings, language workshops, a movie screening and informational open discussions on historical and political issues in the country.

At the end of this week, Kapatirang Pilipino will host a traditional feast, called Pistahan in the Tagalog language. Attendees will have the chance to enjoy traditional Filipino food, singing and dancing performances and interactive activity booths.

Filipino Cultural Night Coordinator Caylene Picache, a fourth-year bioanthropology major, said the event is open to all students regardless of cultural background. As part of Tagalog Tuesday, she plans to teach help event attendees engage in Filipino culture by teaching them words in the native Filipino language of Tagalog.

“My favorite event of the Visibility week is the Tagalog Tuesday and Food Workshop where we teach others words in Tagalog that relate to our history, struggles, and triumphs,” Picache said in an email.

With food offerings like Pancit, a special type of noodle that is one of the most well-known dishes in the Philippines, Picache said students should expect loads of enjoyment from the week’s events.

“Event-goers should expect free food throughout the week and tons of fun …We encourage everyone to come out and celebrate the Philippine culture with us,” Picache said in an email.

Visibility Week will also address social issues within Filipino and Filipino-American culture. Elle Quimpo, Co-chair of KP, said the overall theme of Visibility Week is highlighting the strength of the Filipino people in their resistance to historical oppression by Western colonizers.

The film “Delano Manongs,” which will be screened on Thursday, documents the oft-overlooked struggles and victories of Filipino farmworkers in the famous Delano Grape Strike of 1965, one of the largest labor strikes in American history, according to Quimpo. A discussion on the representation of Filipino people in modern media will follow the screening. 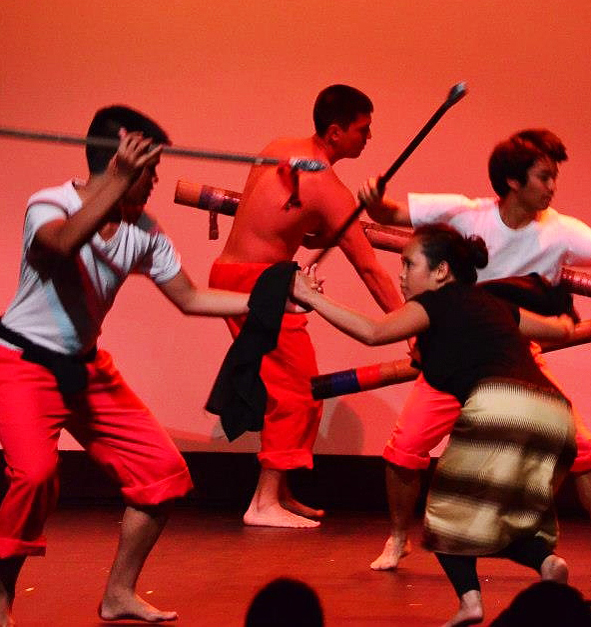 A version of this story appeared on page 3 of Wednesday, April 16, 2014’s print edition of the Daily Nexus.