The Daily Nexus
Science & Tech
There’s a Latte Ways Caffeine Can Affect You
April 9, 2014 at 9:19 pm by Priyanka Shindgikar 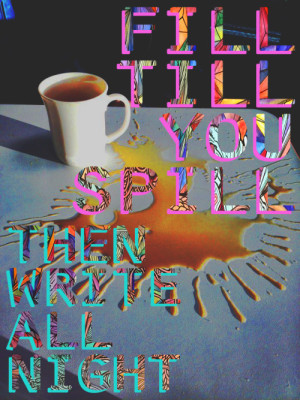 One-third of the world’s population consumes coffee on a regular basis. The average American drinks three cups of coffee a day. Many people — especially college students — indulge in the revitalizing magic of coffee. So, what effects does this favorite drug of choice have on the body?

Coffee contains caffeine, which has a nearly immediate effect on the body; it takes about 15-45 minutes for coffee to take its full effect, and it stays in the body for about two to seven hours. Shortly after you take that first sip, the heart starts to beat faster, body temperature rises and, most importantly, you feel more awake. This is due to how coffee affects the nervous system.

“Caffeine is a complicated drug, but one of its major properties is to act as an inhibitor, or a blocker, of a certain type of receptor called the adenosine-1 receptor,” Szumlinski said.

According to Szumlinski, the adenosine-1 receptor blocks the wake-promoting cholinergic neurons in the basal forebrain, and caffeine works to antagonize this inhibition.

“What is interesting about the adenosine-1 receptor and why coffee works to actually perk you up, is that normally when the receptor gets activated it causes the cells of your brain to be inhibited,” Szumlinski said. “By blocking that receptor, [the neurons] are no longer inhibited and you feel more perked up.”

After the first couple hours of alertness, however, the body may start to experience withdrawal, or the come-down effects of caffeine. It can increase fatigue, headaches, tiredness and mood disturbances.

Not everyone responds to coffee the same way. The extent to which coffee can affect a person in terms of initial energy and subsequent withdrawal effects depends on diet, smoking, contraceptives and especially metabolism.

Those with an active version of the CYP1A2 enzyme, which catalyzes reactions involved in drug metabolism, will metabolize coffee more quickly and so the effects will come on and disappear more quickly.

Sophomore physics major and regular coffee drinker Claire West said that she does not feel the withdrawal effects of caffeine.
“I drink two cups a day and I feel good — happy, energized and motivated. I do not normally notice a ‘crash.’ I normally feel really good for about an hour and then it just slowly wears off,” West said.

Despite some of the side effects, Szumlinski said that caffeine offers benefits if consumed in moderation.

“It lowers your risk for diabetes, it actually lowers your risk for cardiovascular disease, increases your metabolic rate, so if you want to keep a little weight off it can help you there too,” Szumlinski said. “It also works as a bronchodilator. So if you are having an asthma attack and cannot get to your albuterol inhaler, a cup of coffee will help clear your lungs up. Also if you have a lot of mucus going on, a cup of coffee will help clear that.”

If you feel sluggish, first try drinking a glass of water to energize you. If that does not work — and let’s be a real, a cup of water isn’t going to get you through finals week — then go ahead and indulge in a mug of your favorite slow-roasted Sumatra java.