Last week on Feb. 5, the Granada Theatre bustled with excitement as Santa Barbara residents and UCSB students welcomed the Royal New Zealand Ballet to the stage. As presented by UCSB Arts & Lectures, the sold out event showcased its rendition of the timely and enchanting production of “Giselle.”

Principle guest artist Gillian Murphy, a notable member of American Ballet Theatre, starred as the main character alongside Qi Huan. As directed by Johan Kobborg and Ethan Stiefel, the performance revealed a dramatic and challenging choreography.

The Royal New Zealand Ballet celebrated its 60th anniversary last year. Its 2014 U.S. tour marks the first time the company has appeared in this corner of the globe in over two decades and the audience was thrilled to see them.

“Giselle” is one of the oldest continually performed ballets. First staged in Paris in 1841, it is among the most famous of the romantic ballets, identifiable by its challenging jumps, fluid movements and extended passages of dancing en pointe.

Giselle, a peasant girl, falls in love with a village boy — or so it seems. Eventually his true identity is revealed: he is a nobleman and he belongs to another woman.

Giselle perishes, broken-hearted. In retaliation, a group of witch-like women, the Wilis, try to make him dance until dawn with the intention of killing him by exhaustion as he visits Giselle’s grave. The spirit of Giselle, now a part of the Wilis, however, still loves him and frees him from their grasp.

I love attending shows at the Granada Theatre, because I am always moved by the prominence of art within Santa Barbara. As I walked up State Street and approached the theatre, I noticed crowds gathered on the sidewalk making small talk with one another or waiting to meet someone. I am always pleased to see the older women dressed elegantly in long winter coats and stylized attire, standing next to their clean-cut partners. Simple scenes such as these give me hope that art forms like ballet still bring about such life within the community. I was happy to experience that again with the Royal New Zealand Ballet performance.

Although I had never seen a production of the acclaimed “Giselle,” I had previously heard many remarkable things about it. I was mainly excited because the structure of this production was different than other dance performances I had formerly seen. As opposed to several different pieces within one evening, “Giselle” comprises a single story that evolves throughout the whole performance — more like a play. But of course, instead of talking and singing, the performers expressed the narrative through movement.

There was no live orchestra, unfortunately, but still the famous melodies of Adolphe Adam’s composition filled the air of the theatre and set a captivating ambiance. Shades of red, green and brown made the setting identifiable with the fall season, and renaissance-themed costumes made the time period of the piece clear.

All in all, the setting, sounds and the visual design of the performance made this evening enjoyable to its maximum potential. Whether you are a fan of modern dance or classical ballet, I believe that seeing “Giselle” is fundamental in developing an appreciation of the art. The Royal New Zealand Ballet’s rendition of it made this belief extremely pronounced. 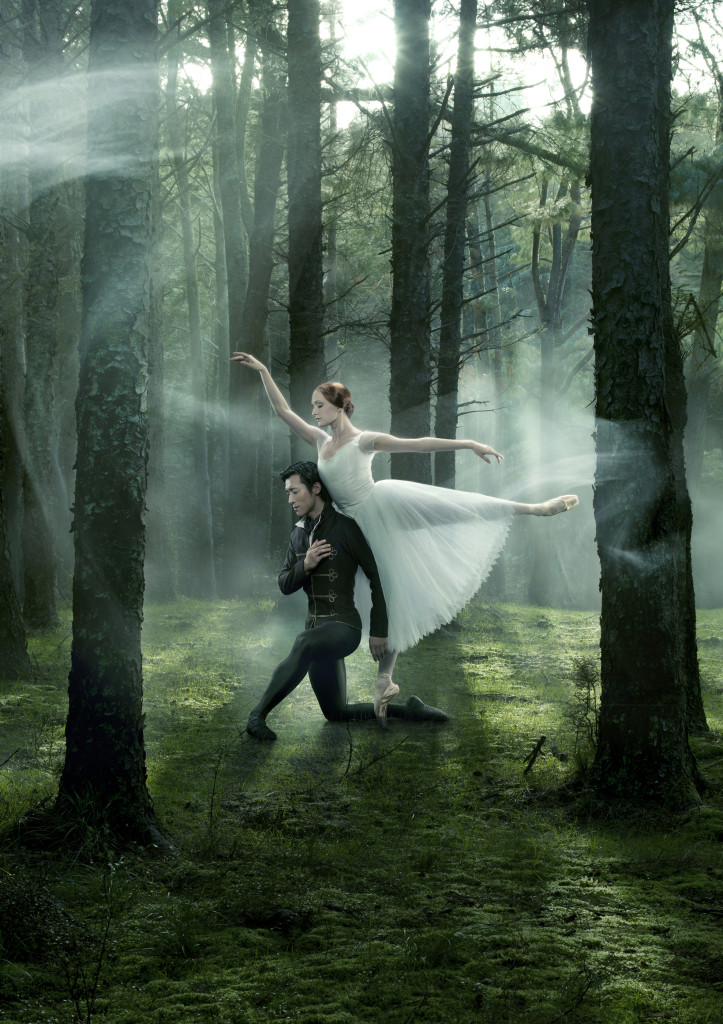 A version of this story appeared on page 10 of Thursday, February 13, 2014’s print edition of the Daily Nexus.