Farr spoke to Senators about projects and initiatives that her office has been working on and what priorities she has in regard to student issues within the community. Environmental concerns, particularly coastal conservation efforts, dominated her presentation, as Farr said biodiversity of the coastland contains great value.

“Because of all the coastline that I have, all the coastal protection issues are of utmost importance,” Farr said. “This particular stretch of coastline has some of the highest biodiversity on the planet.”

Farr said Santa Barbara County’s efforts to move away from fossil fuels toward renewable sources of energy has been a prominent effort that she and members of her office “all take very seriously.”

“I feel very strongly, as do several of my colleagues, that moving our county and our society toward a more sustainable future, looking at our consumption of fossil fuels and how we transition to more sustainable energy sources is something that’s extremely important, and I think that Santa Barbara County has been a model in many ways of forward thinking on environmental issues,” Farr said.

In addition, Farr said she is currently working to put together the I.V. community center, which she believes will be a vital addition to the neighborhood.

“It’s not an easy fight, but we’ve come this far and we’re optimistic that it will happen,” Farr said. “Having a community center in I.V. is huge and this is something that’s been going on for a long time. I’d really like to see it happen.”

Later in the meeting, Collegiate Senator Amir Khazaieli reported on the current progress in receiving funding for the I.V. Pardall space.

“We do have money now to continue the improvement that y’all as an association and a student body have requested in the last quarter and a half,” Khazaieli said.

“I’m still apprehensive of the very existence of the Pardall Center, because as far as I know, I’m not so sure that’s a necessary thing,” Lau said. “I want to hear your argument as to why do we need the Pardall Center.”In response, Khazaieli said the center is designed to address various shortcomings within I.V., such as a lack in a connected sense of community.

“There’s frankly no community and/ or student presence in I.V. right now, especially from the Association,” Khazaieli said. “Having something on Pardall Road … an area where everyone passes will one, incredibly increase[s] transparency and outreach of our association … and will allow us to reach more people with our events, our tabling, our forums — with everything that we do. So I think that it’s a very valid, very needed space.”

A.S. President Jonathan Abboud’s veto of a bill passed by the Senate regarding the implementation of a new logo for A.S. was upheld after a lengthy debate amongst the Senators, delaying any possibility of implementing changes to the existing logo.

Senators also discussed plans for the upcoming Chilla Vista concert, the expected budget of which totals to roughly $17,500. Senators spoke on the goal of putting primarily local bands into focus for the concert and noted that this year’s planned expenditure is lower than last year’s. The unspent funds were instead diverted toward the I.V. Pardall space.

Other topics discussed at the meeting included plans to increase lighting on dark streets in I.V., the fumigation of the Thunderdome, hiring of a new A.S. administrative personnel, planned renovations to the UCen under the S.U.R.F. Initiative and the efforts to provide more worm compost bins around campus to reduce food waste.

Later at the meeting, Lundberg was sworn as Senator to replace Senator Marvin Ramirez, who resigned for personal reasons. 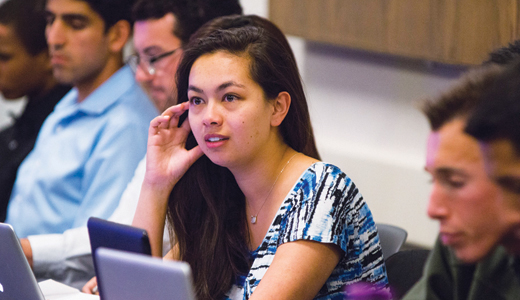 A version of this story appeared on page 4 of Thursday, February 6, 2014’s print edition of the Daily Nexus.