The Daily Nexus
News
Garden of Weedin’: The Golden State Looks to Legalize Marijuana Use
January 30, 2014 at 5:00 am by Loren Forrester

California has rejoined the list of states seeking to legalize marijuana with two different ballot initiatives vying to appear in the November 2014 election.

Before that can happen, both will need to collect half a million signatures by Feb. 28. The last time a ballot measure for legalization was on the ballot in California was 2010, when Proposition 19 was defeated by a seven percent margin.

Since Jan. 1, two states — Colorado and Washington — have had ballot measures that legalize marijuana, both medically and recreationally, come into effect. Shortly thereafter, on Jan. 15, the New Hampshire House of Representatives voted 170-162 in support of similar legislation, though the bill will have to be approved by the House Ways and Means Committee before returning to the floor for a final vote.

Likewise, Maryland introduced a bill this month to legalize and tax marijuana. Within the last two weeks, state representatives from Wisconsin and New Jersey have also come out in favor of total legalization. Even conservative Texas Governor Rick Perry voiced his favor of the decriminalization of marijuana during the World Economic Forum in Davos, Switzerland last week.

Though information from the UCSB Alcohol and Drug Program states only about 40 percent of students reported any marijuana use, student opinion toward legalization is generally favorable. Jair Medina, a second-year math major, said he supports legalization efforts “to the fullest extent,” emphasizing the benefits it will have on campus and elsewhere.

“[Legalization will] probably cut down on the number of drug dealers, what with the rise of legal dispensaries,” Medina said.

However, Medina said he feels concerned about the prospect of students smoking on campus, especially in the wake of the UC system’s recent smoking ban across all campuses.

“UCSB is a smoke-free campus, and I would hope it would stay as such,” Medina said. “People should limit themselves to the privacy of their homes.”

Jackie Kurta, director of UCSB’s Alcohol and Drug Program, said she hopes the high rate of student support for the drug’s legalization doesn’t yield a sanguine attitude toward using it.

“I think the challenge is more in education and prevention,” Kurta said. “I think that our message to students consistently is that there is no risk-free drug use. All drugs come with some element of risk.”

As for the possibility of marijuana legalization in California, Kurta said she is hesitant to support any measure before there is more research on the drug’s long-term effects.

While safety is always an issue when discussing drug use, Medina said he sees the issue more as one of rights than of health.

“If you’re going to go around limiting personal freedoms, you’d better have a very good reason for that,” Medina said.

Kirsten Nygaard, a third-year theater and film studies major, said the “obvious failure” of marijuana prohibition can be seen through the accessibility of it, since “everyone that wants it can still get their hands on it.” Nygaard also said she believes legalization would have little impact on students at UCSB, considering the already widespread use of the substance by those who wish to do so.

“Honestly, I don’t think it would make that big of a difference. … People who want it can get it right now, so it would just be a legal thing,” she said. 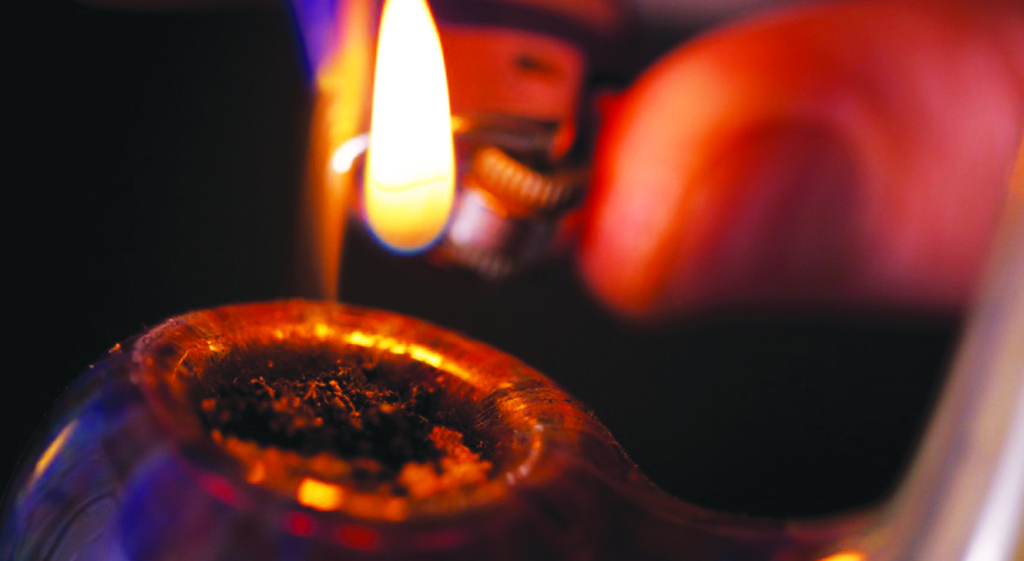 The last time the legalization of recreational marijuana use was on the CA ballot was in 2010. It failed to pass by a seven percent margin, but will make a reappearance this November.

A version of this story appeared on page 4 of Thursday, January 30, 2014’s print edition of the Daily Nexus.