The Daily Nexus
Regents
UC Calendar To Accommodate Jewish Holidays
January 27, 2014 at 1:44 am by Elliott Wright 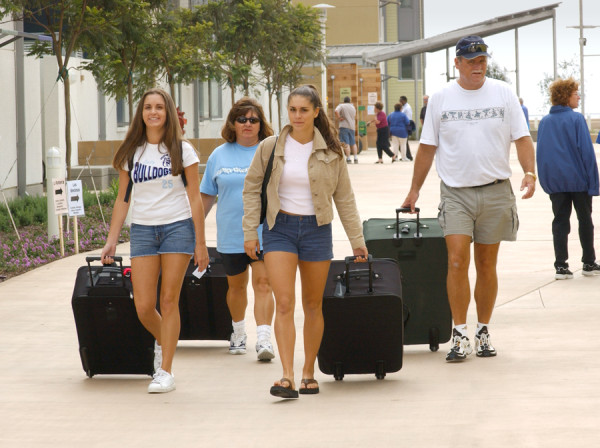 Next school year, UCSB and every other UC campus will begin classes on Oct. 2, rather than in September, and winter break will be just two weeks long, with the changes being made to avoid conflict between the University’s academic calendar and Jewish holidays, according to UC officials.

The new calendar lengthens summer vacation and shortens winter break in order to avoid having classes overlap with the High Holy Days of Rosh Hashanah and Yom Kippur. It follows a university-wide policy established in 2007 to avoid having instructional periods on religious holidays. However, only UC campuses using the quarter system will be affected, meaning UC Berkeley and Merced — which both use the semester system — will maintain their current schedules. Now, UC students are passing around an online petition that requests reversing the decision and actually lengthening winter break. The petition has already garnered 22,000 signatures.

“The campuses on the quarter system work together to find a calendar that will work with the various requirements. Some of those requirements include the religious holiday policy, the number of days of instruction required, residence hall turnover time and more,” Converse said in an e-mail.

The religious holiday policy was put into effect after former UC President Robert Dynes addressed the issue in a 2007 letter sent out to UC chancellors in June of that year.

“This policy is adopted by the University as a result of conflicts that have arisen over the years, including in the fall of 2006, between fall residence hall move-in days and the Jewish High Holy Days of Rosh Hashanah and Yom Kippur,” Dynes said in the letter.

According to Dynes, a solution was formed through efforts involving the “representatives of the Jewish community and members of the California Legislature.”

According to the letter, the proposed changes to accommodate the three-week winter break proposal will not disturb the UC’s goal of avoiding conflict with Rosh Hashanah and Yom Kippur and will simultaneously benefit students who utilize the break to “spend time with their friends and families,” “earn some extra money in order to help pay for school and living expenses” and “relax and rest [students’] mind and bodies in order to begin the following Winter and Spring Quarters.”

The petition letter is addressed to UC President Janet Napolitano and the UC Board of Regents and will need a total of 50,000 signatures to reach consideration by university officials.

But some see the new calendar as a welcome change. Liva Jostad Laswell, a UCSB alum who graduated in 2012, said the Jewish holidays that currently land on fall move-in days “are among the most important in the Jewish calendar.” She said such a situation is not necessarily fair, as all students should be given the chance to observe major religious holidays.

“A student who has to choose between observing a holiday (and thereby honoring their faith) and moving in or beginning classes, probably feels a lot of guilt for whichever option they did not choose,” Laswell said. “For some students, it may not be a choice they feel they can make.”

Yet the current academic calendar makes it so that such a choice must be made, according to Laswell, who said this often has harmful effects.

“As a religiously observant Jew, observing all holidays and Shabbat within a pretty strict framework — which involves not doing any kind of work on holidays like Rosh Hashanah — I did not feel I had any option other than to observe the holiday. This meant I was behind in schoolwork on more than one occasion because of holiday observance, but I was not willing to compromise my faith,” Laswell said.

Rabbi Evan Goodman, executive director of Santa Barbara Hillel, said the policy carries high significance to not only the students at UCSB, which has the highest population of Jewish students of any UC campus, but the entire university community.

“It’s not about whether there are Jewish students there; it’s about cultural sensitivity,” Goodman said. “I’m glad that the university is culturally sensitive to the needs of a wide variety of students coming from different traditions. So whether we are talking about one Jewish student, or one Christian student, or one Muslim student or any other student — it’s developing policies on a calendar that is sensitive to the needs of the student body.”

Donna Rosenberg, a third-year history major, said she appreciates the UC system’s decision to accommodate the needs of Jewish students, especially given their high enrollment numbers statewide. Rosenberg also said she hopes to see other institutions of higher education look to the change in the UC academic calendar as an example for being culturally and religiously sensitive.

“I am so pleased with the UC management’s decision to provide for the needs of the Jewish students,” Rosenberg said. “It shows that they are making an active effort to accommodate for minority religious groups. Hopefully this will set a precedent for future accommodations for other minority religions.”

Henry Morse, a second-year biology major, said that while he will be disappointed if winter break is shortened because winter break is an opportunity to recover from fall quarter. While saying he respects those who feel compelled to honor their religion, Morse said the UC system should ensure such major changes are made for persons of other religions as well.

“Even as a non-religious person, I can respect the religious needs of others, and I would be willing to sacrifice a week of break for them,” Morse said in an email. “But if we are going to give that break time to those who identify as Jewish, then we should also give break time to people from all different religious backgrounds if they request it.”

A version of this article appeared on page 1 of January 27rd’s print edition of the Daily Nexus.