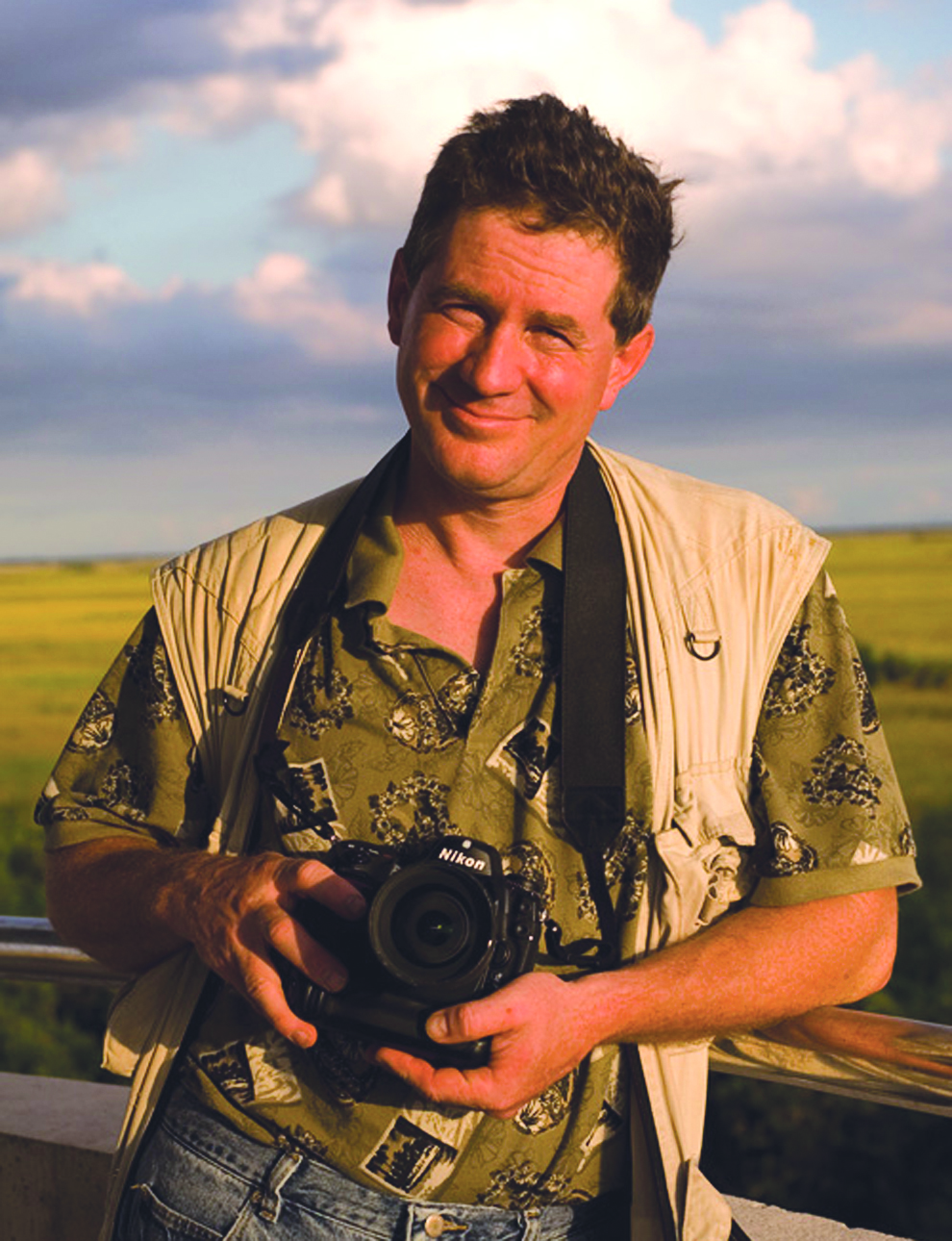 As not only a photographer but also a speaker, author and conservationist, Sartore concentrates his work largely on the documentation of endangered species and sceneries. His talk focused on his perspectives on wildlife and conservation as a 20-year National Geographic photography veteran as well as his experiences covering wildlife at locations in every continent of the world.

As for the hosting series, National Geographic Live, it has been held by UCSB Arts & Lectures sporadically for the last 10 years. The program ran continuously between 2004 and 2007 and was revived in 2011 after a four-year hiatus. This year, the program began in Fall Quarter with a presentation on birds of paradise.

According to Arts & Lectures Associate Director Roman Baratiak, the series has brought and continues to bring in an inspiring group of speakers interested in the environment, nature or photography to address the student population and expose them to the world’s endangered species.

“I think a lot of students already understand that much of the natural world is threatened by a variety of things: climate change, human expansion, the destruction of natural environments,” Baratiak said. “But I think what you really get to experience is the beauty of all these animals.”

Sartore began his talk by addressing three frequently asked question topics. First, he explained his favorite place in the world as Antarctica. Second, he admitted that his photographic adventures have, on plenty of occasions, brought him close to death. Third, he elaborated on his job as a National Geographic photographer and said what he tries to do behind the camera while on assignment can be described as a constant quest to attract the viewer’s attention.

“The weirder the better,” Sartore said. “Whatever it takes to bring people in.”

Sartore then presented a series of photographs, including an image of a week’s worth of dead koalas at a Queensland clinic that brought attention to Australia’s lack of protection for animals.

Throughout his presentation, Sartore said he believes that if he can compel people to pay attention to the animals and landscapes he photographs, he can change the future of endangered species worldwide.

“The goal is to get people to care about these animals,” Sartore said. “When we save these creatures, we are saving ourselves.”

Later during his presentation, Sartore brought attention to his ongoing project called the Photo Ark, a venture that will send Sartore around the world to photograph endangered species — a few that will be the last remaining specimens of their kind — while they survive in zoos and wildlife refuges. Since beginning the Photo Ark project nine years ago, Sartore has photographed over 3,000 individual animal species and still has thousands more to locate and shoot. The goal of the project, according to Sartore, is to bring public attention to the world’s biodiversity and encourage people to act on behalf of endangered animals before they go extinct.

With this in mind, Sartore said he hopes people who see his work and hear him speak will walk away with the belief that they can change the world.

“I would like them to come away with a sense of hope that they can make the world a better place, that they can change things, but they have to actually do something other than watch TV or worry about the next football game or whatever,” Sartore said. “It’s key that people learn, that they study, they get varied opinions and they decide what’s important to them and then they act on that.”

Audience member Jenny Coxon, a graphic artist from Santa Ynez, said she appreciated Sartore’s theme of being proactive on the issue of conservation.

A version of this article appeared on page 1 of January 13th’s print edition of the Daily Nexus.