The Daily Nexus
News
UCSB Bans Smoking on Campus
January 6, 2014 at 1:50 am by Peter Mounteer 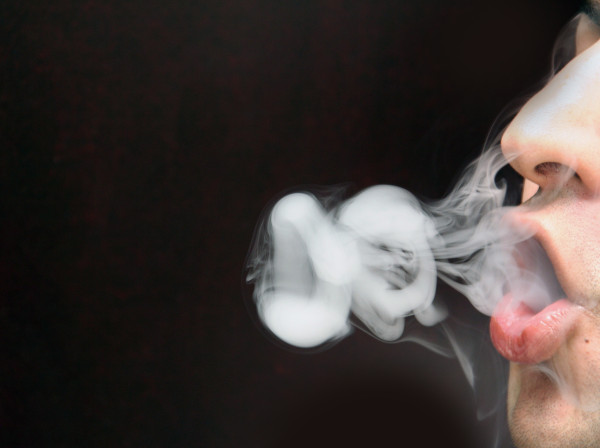 Today marks the first school day that UCSB students will not be allowed to light up on campus.

Two years ago, former UC President Mark Yudof announced that all 10 UC campuses would have to ban smoking and all use of tobacco products on campus by Jan. 1, 2014. UCSB was one of the later campuses to go smoke-free, implementing the ban later than campuses like UCLA, which banned smoking and tobacco products as early as April of last year. The UC-wide policy mandates that all campuses and facilities prohibit the use and sale of smoking products, including smokeless tobacco and unregulated nicotine products both indoors and outdoors, and also applies to parking lots and private residential spaces. “Smokeless tobacco” includes products such as snuff, snus and chewing tobacco, and the ban also explicitly prohibits e-cigarettes as an “unregulated nicotine product.”

In Yudof’s first announcement of the smoking ban, he said the new university-wide policy would act as a tool for improving the health and environmental state of UC campuses, students and faculty.

“As a national leader in healthcare and environmental practices, the University of California is ready to demonstrate leadership in reducing exposure to tobacco and secondhand smoke by creating a smoke free environment on all of our campuses,” Yudof said in the letter. “Offering a smoke-free environment will contribute positively to the health and well being of all UC students, faculty, staff and our patients and visitors.”

The policy also prohibits smoking in personal vehicles if they are on university property, including parking lots and roadways, and eliminates any areas on UC campuses that have been previously designated as smoking areas.

“Tobacco is the No. 1 cause of preventable disease and death worldwide,” John Stobo M.D., University of California Senior Vice President for Health Sciences and Services said in a Dec. 18 statement on the policy. “The health risks of tobacco use for smokers and secondhand smoke for non-smokers are well established. In addition to serious health risks, there also are environmental concerns from chemicals in cigarette butts that can leach into the soil and waterways.”

The UCSB Tobacco and Smoke-Free Policy makes similar statements and discusses the ways in which secondhand smoke puts non-smokers at increased risk of smoking-related illness. It also raises concerns regarding the impact of cigarette litter on the environment, which according to the policy, is the litter most commonly picked up on beaches around the campus. The policy’s only exception concerns the advertising of smoking and related products in commercial publications available on campus, which university policy allows.

Enforcement protocols vary from one campus to another, with all policies including access to smoking cessation resources as part of the parameters outlined by Yudof’s 2012 letter.

According to a UC Office of the President report, roughly eight percent of UC students smoke. At UCSB, roughly 33 percent of students smoke cigarettes, half of which reported smoking within a month of taking the survey, according to an assessment conducted in 2011 by the American College Health Association. This is slightly higher than the national average for college students, which is roughly 28 percent according to Americans for Non-smokers’ Rights.

Some faculty and staff have been supportive of the policy, including acting director of UCSB Health & Wellness Mark Shishim.

Maria Herrera-Sobek, Associate Vice Chancellor for Diversity, Equity, and Academic Policy also said she supported the policy based on her past experiences with the negative effects tobacco can have on individual.

“Since my grandfather died of lung cancer at age 68 due to heavy smoking, I am pleased to see a ban on smoking on our campus,” Herrera-Sobek said in an email. “I feel that discouraging people from acquiring the habit of smoking, such as the ban on smoking on campus, is a contribution to society. Although, of course, I can understand that those who smoke may not see it that way.”

Students’ responses to the ban have been mixed, with some expressing support based on health concerns and the inadequacy of prior measures, while others see such policies as breaching individuals’ rights .

“I don’t think it’s appropriate to limit students’ personal choices that are within their legal rights in a place where they spend the majority of their time, if not almost all of their time if they live on campus,” Kauffman said in an email.

However, third-year chemistry major Nilou Sarvian said she supports the ban for the sake of student health, citing her own experience with unwanted tobacco smoke.

“I grew up in L.A. and when I was a kid, walking around was a nightmare with how many people would be publicly smoking,” Sarvian said in an email. “I just appreciate the ban because it helps protect me from unknowingly inhaling smoke.”

Third-year psychology major Antonio Ramirez said the complete ban of tobacco use on campus is the only way to curb the behavior effectively for the sake of all students’ general health.

“I do believe that it is a good change for the simple fact that not everyone wants to be around cigarette smoke and its potential health risks,” Ramirez said in an email. “One may then argue in support of smoking zones throughout the campus, but in my personal experience, that doesn’t really curve people to stop smoking in areas outside those designated zones.”

UCSB was one of six other UC campuses to fully implement the ban on New Year’s Day. In 2013, UCLA and UC San Diego implemented their smoke-free policies early, doing so on April 22 and Sept. 1, respectively. UC Riverside was the last of UC campuses to implement the policy, doing so on Jan. 2. In addition to the the 10 main campuses, the ban also applies to all UC-owned facilities and laboratories, including all five UC Medical Centers.

There are currently at least 1,182 universities in the United States with tobacco-free policies, according to national lobbying group Americans for Non-smokers’ Rights, which reports that just 586 campuses held such policies in 2011. According to ANR, the substantial increase is due to changing social norms regarding smoking, the implementation of city and state-wide smoke-free laws across the country, and the American College Health Association’s position in supporting the Surgeon General’s finding that smoking and consumption of tobacco products constitutes a health hazard.

—Daniel Slovinsky contributed to this article.

A version of this article appeared on page 1 of January 6th’s print edition of the Daily Nexus.

Does this lower campus insurance liability premiums for UCSB? Probably. Obviously the University doesn’t care about the health of UCSB students or they would rescind their highly profitable contract with the Coca Cola company and ban their unhealthy sugar and diabetes causing products as well. Follow the money to understand the UCSB administrators and campus policies.

Are you making this up? “Highly profitable contract with Coca Cola”? Really? I’m sure a spy leaked the contents of said top-secret contract with you.

But keep on speculating.

No, I am not making up the contract exchanging money from the Killer Coke Company to UCSB giving Coca Cola exclusive rights to distribute their products on campus. The connection between the consumption of sugar in soft drinks and type 2 diabetes is well established. See killercoke.org.
The lowering of insurance premiums is speculative.
Also speculative is the actual reasoning for the smoke ban is to drive the legitimate and legal medical use of marijuana off campus.