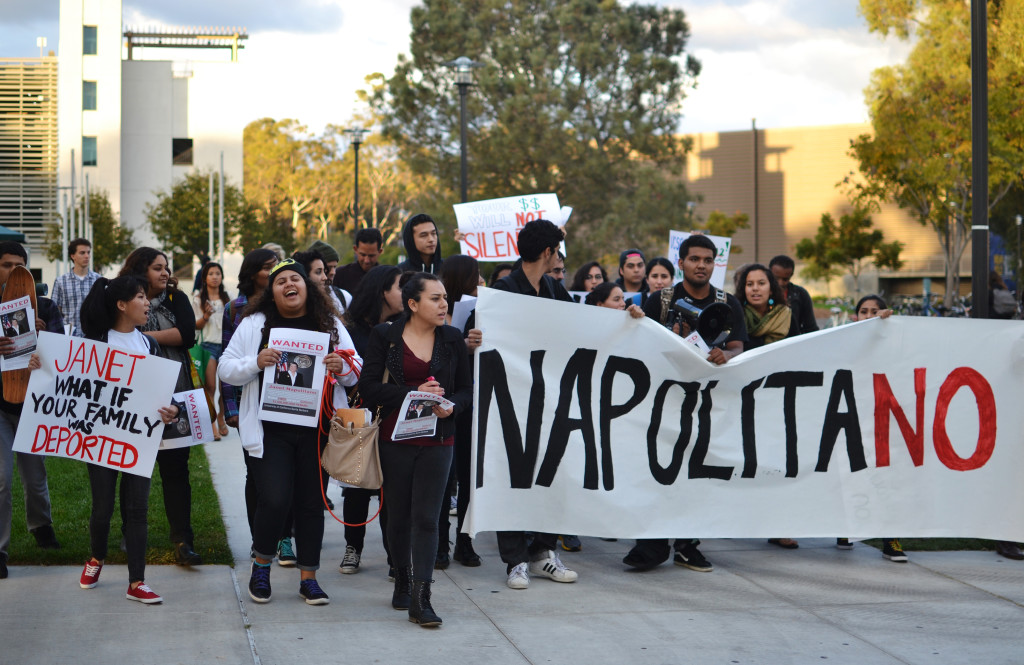 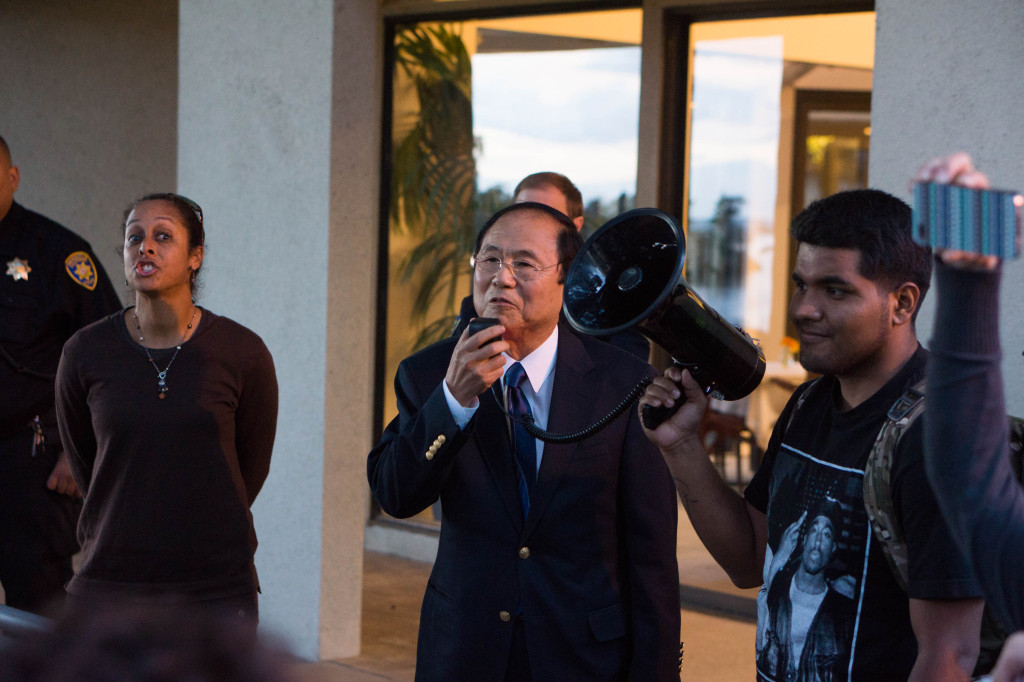 Chancellor Yang explains why there will be no public forum with Napolitano to a crowd of student protesters outside the faculty club. John Clow/Daily Nexus 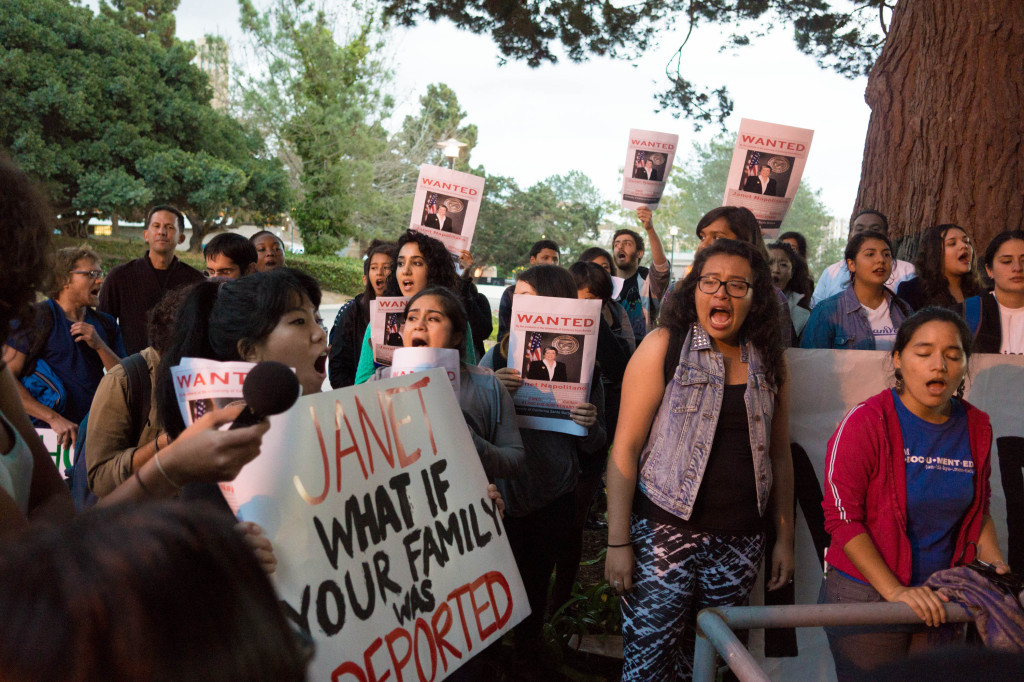 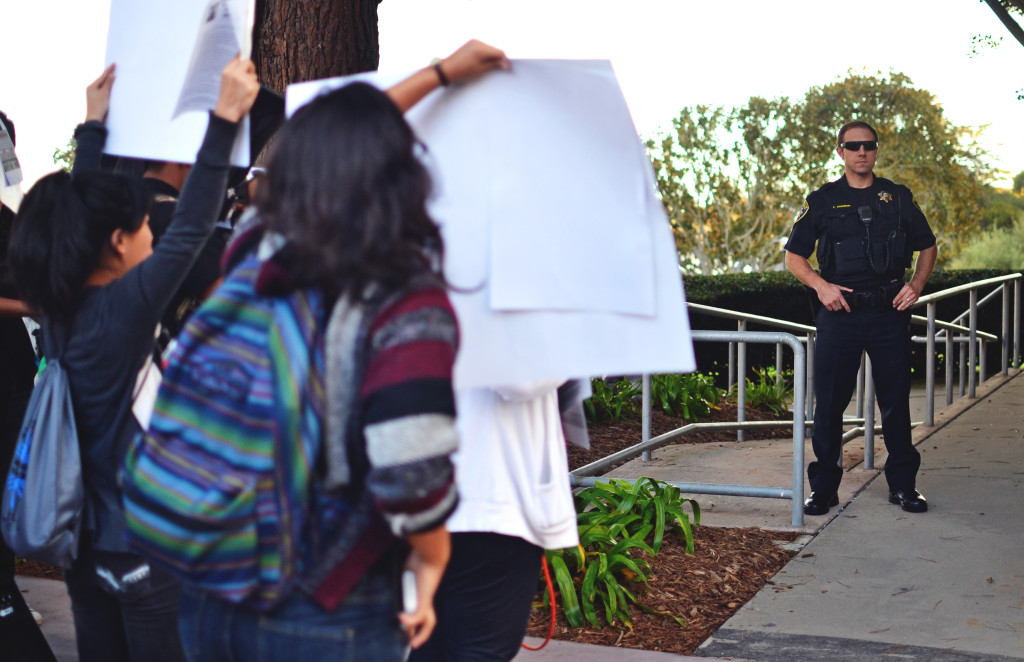 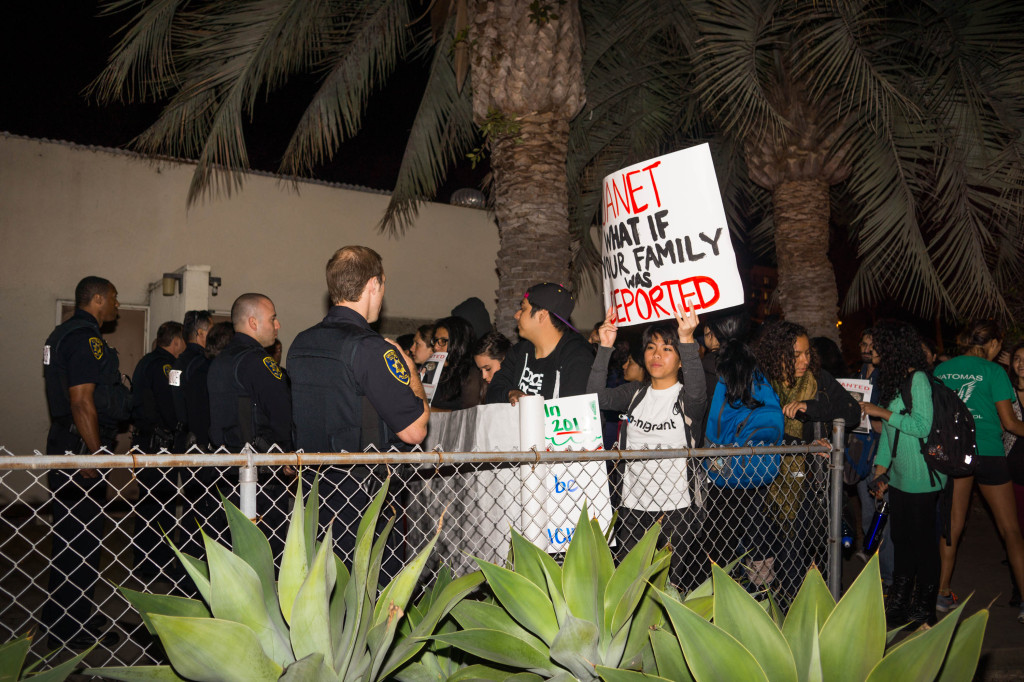