The Daily Nexus
Sports
UCSB Welcomes Pac-12 Foe Arizona to the Thunderdome
November 15, 2013 at 5:00 am by Kristen Henneman 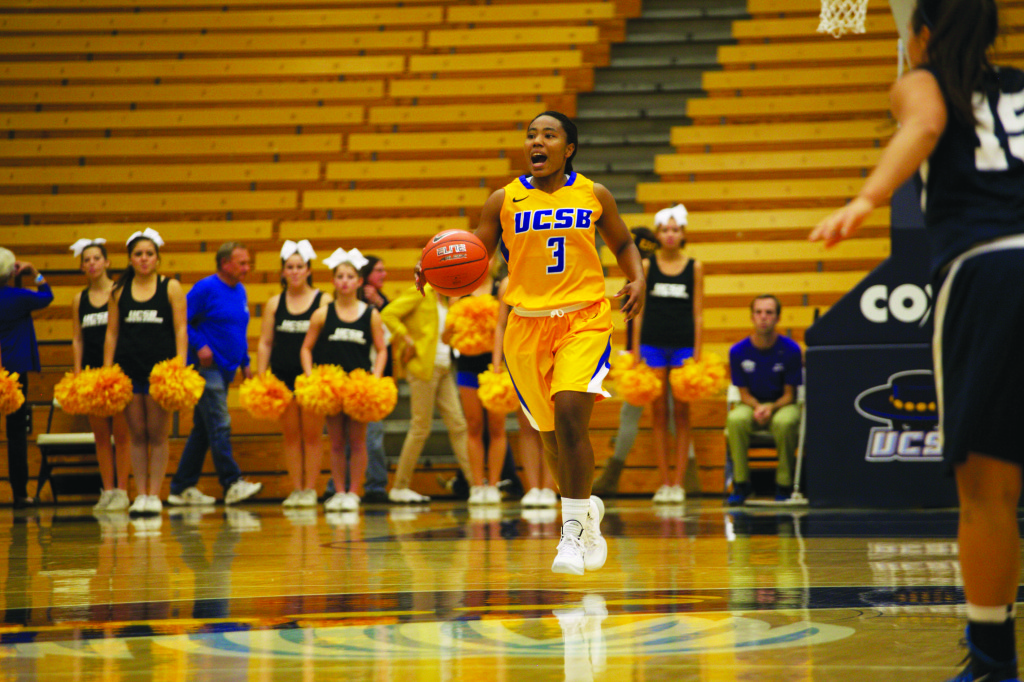 It may be that just the second game of the season is approaching for the UCSB women’s basketball team, but that doesn’t mean the competition will be easy.

The Gauchos will face possibly their toughest competition of the preseason this Saturday when they welcome Pac-12 member University of Arizona to the Thunderdome.

Playing in its final game of a three-game home stand, Santa Barbara is currently 1-0 on the season. Arizona on the other hand, is still looking for its first victory of the year at 0-2.

“They’ve lost their first two games in overtime, so they’re right there,” Mitchell said. “They’re extremely athletic. They’ll be bigger, stronger, quicker, but hopefully we continue to improve and do what we do well.”

UCSB enters Saturday’s match-up with momentum after a 76-54 blowout over Occidental in the season opener. With 76 points, the team scored the second-most in the Carlene Mitchell era. Utilizing a fast-paced transition offense which led to 50.8 percent shooting from the field, UCSB went on a 39-10 run to end the first half and begin the second half, taking a 28 point lead that would be too large for Occidental to overcome.

“We know as a team that we can score and that we’re good in transition,” senior guard Melissa Zornig said. “We’re small this year, so we have to push the ball and get points off of transition.”

On the other hand, Arizona started its season with two close overtime losses to Iona and Michigan. In those two games, the Wildcats were outrebounded by an average of 10 boards, something UCSB would like to take advantage of to jump start its offense.

“If we outrebound them and limit turnovers, we’ll be good,” sophomore guard Jasmine Ware said. “If we get rebounds, we can push the ball and our best offense is when we push the ball.”

Although Arizona returns four starters from last year’s squad, the team is extremely young with seven of the 12 members listed as underclassmen. Also as a team that isn’t extremely tall, it should be a good match-up for Santa Barbara.

“They like to push it and everything’s going to and through their guards, so they’re very similar to us,” Mitchell said. “We’ll look to take a lot of switches because their tallest player that’s gotten any minutes is 6’1’’.”

Leading the Wildcats offensively is redshirt junior guard Candice Warthen, who missed last season with a knee injury. At just 5’5’’, Warthen is averaging 21.5 points, 6.5 assists and three steals per game.

Other offensive threats include senior guard Kama Griffitts , who as a taller guard averages 15.0 points per game, and freshman forward Dejza James. In her first two games, James scored 11.5 points and five rebounds on 10-15 shooting.

“The biggest key for us will be defense, like every game,” Zornig said. “Just because it’s Arizona, we’re not looking at them any different than Occidental. We don’t look at the name on the jersey. We just want to go out there and play.”

Tip-off is set for 2 p.m. Saturday at the Thunderdome.

This article is an online exclusive and did not appear in the print edition of the Daily Nexus.