Local theater group Haunt SB will open up its haunted house attraction, the Nightmare House, this Friday at the Fishbon Pescadrome in Santa Barbara.

The Nightmare House is designed to take guests through the mind of a serial killer, offering them a 20-minute interactive experience in which they complete tasks in rooms before moving onto the rest of the house. In addition to special effects and lighting, the venue will feature performances by local actors and a live performance by industrial terror-artist Jon Autopsy, who has performed at Knott’s Scary Farm in Buena Park and other well-known attractions.

Created strictly for ages 18 and older, entrance into the haunted house requires a photo ID, as well as the signing of a release form. The event will run from Oct. 25 to Nov. 1, with the exception of Oct. 28 and 30.

According to Matt Dorado, creator and founder of Haunt SB, guests walking in groups of no more than six will watch the twisted psyche of a serial killer progress as they travel throughout the house. Through interactive experiences they have in each room, guests will explore the mind of a killer and realize what it takes for man to become monster.

But this year, Haunt SB is welcoming guests to actively participate in the haunted house experience, as many areas of the house will require that attendees become a “part of the action,” Dorado said.

The Nightmare House will also feature an all-original soundtrack by Autopsy, who has performed at many other notable horror attractions, according to Dorado.

“Jon has been doing music for different houses down in L.A.,” Dorado said. “He started doing music for Knott’s Scary Farm, and then he became more involved in independent haunted houses.”

Unlike Autopsy’s other projects, however, the Nightmare House will make use of one single work of music, Dorado said.

“He’s really invested in these kinds of projects, so he’s actually composing an original score for the entire haunted attraction,” Dorado said.  “He’s writing a piece, and each room will have a mixed version of that.”

Dorado and his team have been planning the production of the Nightmare House since May and have received funding from anonymous donors. The donations were an alternative solution to a less effective kick starter event that sought to accrue funds.

“We just had some people step up to just give us some donations,” Dorado said. “We are hoping the profit pays off a lot of it. But we have some nice anonymous donors who gave money just because they experienced it last year, and they were really excited an event like this was coming again.”

Dorado said he has put a lot of his own funds into the event as well, and he hopes Haunt SB will grow to become a Halloween staple of Santa Barbara in the future.

Josh Zawiski, a member of the Haunt SB production team, said he is just as determined as Dorado to make this attraction a success.

“It is going to be an amazing event,” Zawiski said. “We have got something pretty spooky worked up here.” 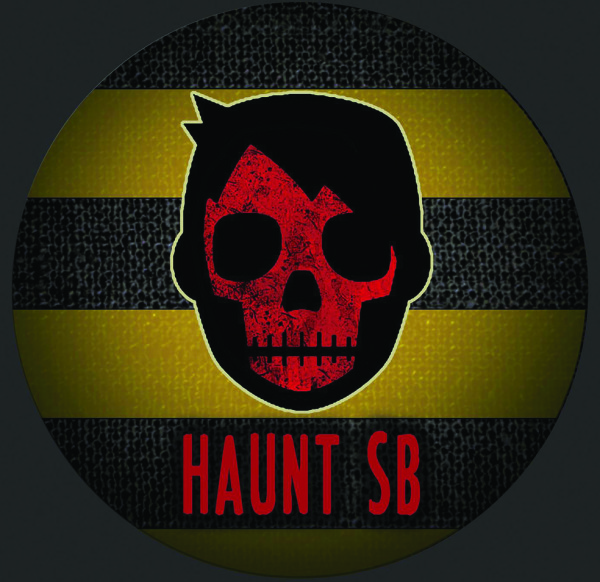 A version of this article appeared on page 3 of October 22nd’s print edition of the Daily Nexus.