Once, during my senior year of high school, an American Red Cross truck pulled onto campus as part of a blood donation drive. Feeling spontaneously altruistic and wanting an excuse to get me out of class, I decided to give it a go. While filling out the preliminary form, I came across a question that seemed to be a total non sequitur. The form, quite bluntly, asked me, “Have you had sexual contact with another male, even once?” I’m straight, so I marked “no” and then proceeded to donate blood.

I soon afterwards learned that, as of a few decades ago, the Food and Drug Administration enacted an indefinite ban on any male donor who has had sex with another man since 1977 — in short, gays can’t donate blood or organs. The FDA claims it is because men who have sex with other men present a higher risk of possessing some kind of blood disease. Not entirely inaccurate, as the unfortunate truth is that blood diseases such as HIV and hepatitis B are, in fact, higher within the gay community.

Regardless of that fact, in today’s era of modern science this ban is archaic and totally unnecessary. We can test for diseases much more easily and effectively than we could in the 1980s, when the ban first went into effect — which, not coincidentally, coincided with the beginning of the AIDS pandemic. Regardless of the donor’s sexual orientation, all blood samples are now rigorously tested using methods that are nearly 100 percent foolproof, meaning that the possibility of a mistake being made is literally one in millions.

But some still clamor to say that the lifetime ban on gay males is a good thing, existing to protect our national blood supply from infectious diseases. After all, we don’t let men who have unsafe sex with prostitutes donate blood … right?

Except, the astounding truth is that we do. Provided he waits for 12 months after doing the deed, a man who pays to have sex with a lady of the night is fully eligible to donate all the blood he wants (well, okay, not all the blood he wants). Another ludicrous policy: In several states, a person who received a tattoo in an unlicensed studio, regardless of its hygienic standards, has to wait just 12 months to donate blood.

By now, it should be obvious that very few of these laws are grounded in actual scientific evidence. This gay male ban is just an example of how homophobia has found its way into our scientific and medical institutions. Politicians riding the fear of the AIDS pandemic successfully shut off an entire section of our population from contributing to the blood supply. More than anything, this is a policy rooted in ignorance and stereotypes. Instead of denying people the chance to donate, a much better idea would be to continue testing blood and ask people what their sexual practices are, regardless of their sexual orientation. If the donor has unsafe sex with anyone — males, females, random prostitutes on the street — they should not be allowed to donate.

The funny thing is that the blood donation associations themselves are some of the biggest advocates for policy change. The American Association of Blood Banks, American Medical Association and American Red Cross have all championed for the ban to be overturned. Even entire countries have lifted similar bans, among them Mexico, Uruguay, Poland and Italy.

If I were to ever get in some horrible accident and find myself in the ER, needing a blood transfusion, I wouldn’t care less where the blood came from; as long as it’s tested clean, it could be it from a gay, straight, bisexual, male or female donor. If I’m bleeding profusely out of every orifice, all I’d want is some damn blood so I could live to see another day. Lifting this ban will by any account markedly increase our nation’s blood supply, saving countless lives in the process.

The simple fact is this ban is completely discriminatory, backed only by ignorance and misleading evidence. It alludes back to the darker days of United States history, when blacks were banned from giving blood to whites. I have to ask: How many times do we have to go through this same dance before we learn? We’re a first-world country in the 21st century; let’s start acting like it.

Jay Grafft is sick and tired of homophobia and thinks you should be, too.

A version of this article appeared in the Monday, October 14, 2013 print edition of the Daily Nexus. 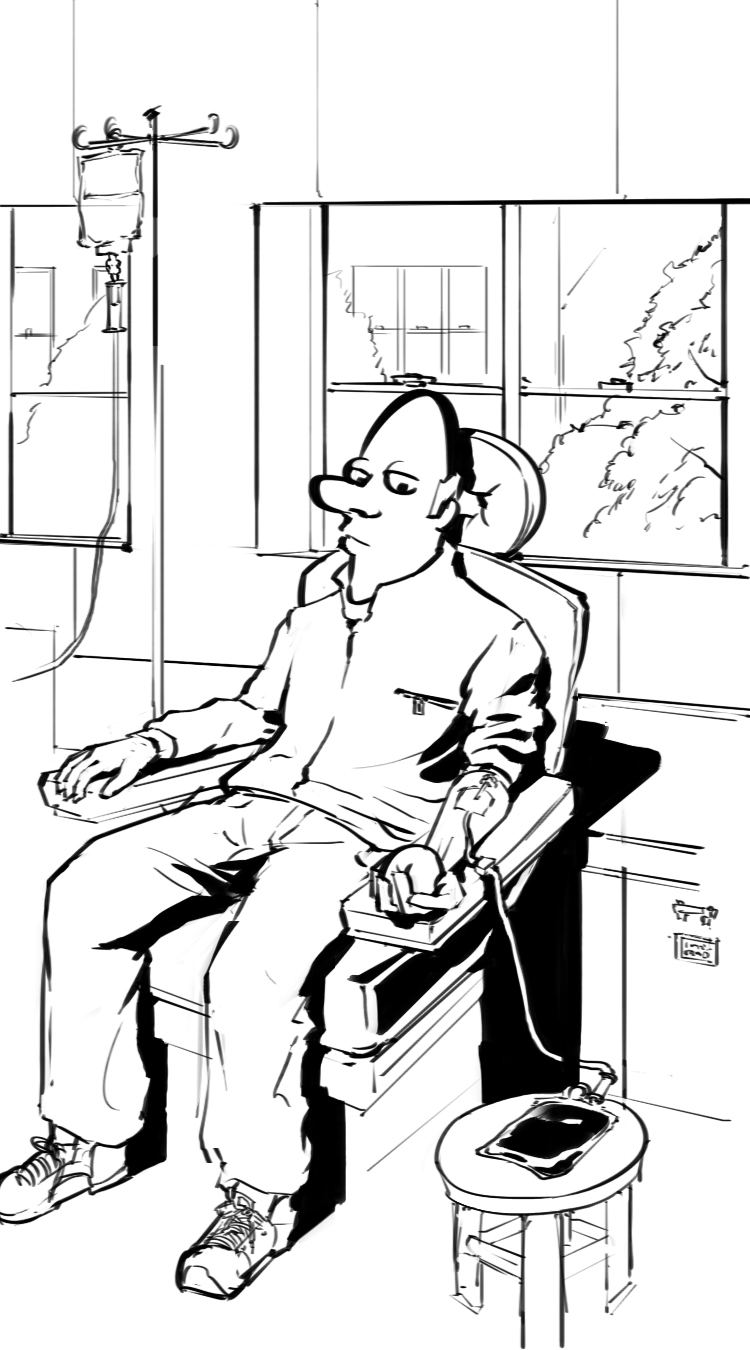