The Daily Nexus
Outside Opinions
Sticks and Stones: Why Names Can Hurt
October 10, 2013 at 5:15 am by Suraj Sood 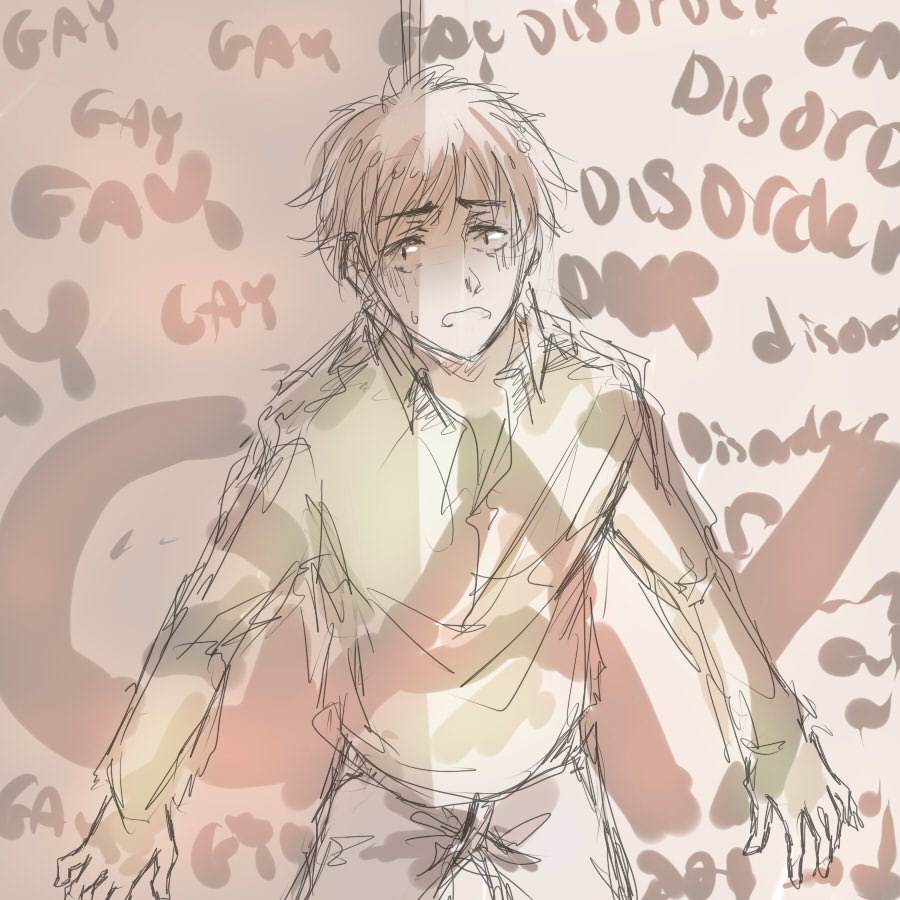 If there’s one thing I remember from my Intro to Psychopathology course (and well, let’s be honest, there’s probably only one thing), it’s a brief discussion that I had with the instructor toward the end of our first lecture. I simply asked him, “Does anyone in the field have an issue with use of the word ‘disorder’? Presumably, every mental ‘disorder’ does have an inherent order and any ‘dis-order’ simply exists as a condition whose order is simply not as obvious to an outside observer.” My innocent inquiry was met with the following dismissive, unsatisfactory reply: “The word ‘disorder’ is just a placeholder, and everyone in the field knows that, so there’s certainly no issue.”

Whoa, now — au contraire, O wise professeur! To be sure, there is definitely an issue here. And it’s a critical one.

Before I continue, please understand that I am not choosing to nitpick for nitpicking’s sake. It’s not exactly a fun thing to do in and of itself (not for me, anyway). So why do I care so much about this term? Well, this particular case definitely reeked something fierce of a moral issue, but more importantly, it reflected the unfortunate tendency of even our most esteemed academics to throw around words that can actually do a great deal of harm to our understanding of the concepts they intend to define.

Here’s a more well-known example of what I mean: We often hear the word “gay” thrown about by particularly ignorant/weak-minded folk, who use the word as if it were synonymous with “bad,” “undesirable” or “uncool.” For example: “Dude, that shirt is so gay.” Now, the common (albeit, poor) argument from these people when trying to justify their application of the term is that everyone who takes issue is either a) overreacting or b) misunderstanding their intentionally light use of the word. After all, these “well-meaning” fools might argue, “What better way to make a term meaningless and less negatively charged than to bring it into the realm of casual, everyday use?” When I think what you guys mean is, “What better way to strip a word of its malicious meaning by intentionally using it wrongly, perhaps even mockingly?”

Nope, I’m not having it, your argument is invalid, “warning, warning, bad argument alert!” etc. The more a passive listener hears the word “gay” misapplied in these contexts, the more they’re going to subconsciously begin to associate it with its wrong use. Overuse and misapplication of the term really serve to change our conception of it such that it eventually comes to mean something entirely different. So when these lame wads bandy about with their lighthearted misuse of “gay” as if they’re on some sort of noble, god-sent mission to bring the word down from its socio-politically charged pedestal, what they’re really doing is altering the less aware passerby’s implicit understanding of the word. To the passerby, “gay” becomes “bad” or “undesirable,” rather than “naturally-occurring,” “morally valid” and so on.

And while the misusers of the term hold the lion’s share of blame to begin with, the passive listeners in question here — the ones who “innocently” perpetuate the redefining of the word — must accept their share as well for being so oblivious to their surroundings. But I won’t go further into blame/responsibility and social unawareness for this article’s purposes.

Bringing it all back to the arena of mental “disorders,” when this instructor tried to imply that I was being unnecessarily nitpicky about a term, I instead deduced the following — that he was grossly underestimating the social weight of a word, and that he really doesn’t appreciate how astray we can be led by applying inappropriate labels to naturally occurring psychological phenomena. “Gay” and “disorder” are frequently misused for the same underlying reason: Because instead of putting in a conscious effort to understand homosexuality or mental illnesses, we take them both to denote people or psychological conditions that are somehow problems in themselves. That is, “gay” equates to a host of poorly conceived sociopolitical beliefs and attitudes, and “disorder” equates to taking a member of society’s atypical psychology as having no inherent or valid “order” to speak of … when, by the way, there is indeed an order to everything in this universe, whether we choose to understand or ignore it.

Instead of taking the time to understand the order of these naturally occurring and valid psychological conditions, we’d rather consider them inherent flaws, writing them off as unimportant enigmas to be dealt with some other day by someone else. And by going as far as to call the word “disorder” a “placeholder,” this professor proves my point: The misuse of these words is used as an excuse to avoid taking responsibility for understanding our fellow human beings now so as to lazily put the task off until later, thus proving that the real disorder here lies in our failure to understand each mental atypicality — not in the atypicalities themselves.

Suraj Sood is a fourth-year psychology and philosophy double major.

A version of this article appeared in the Thursday, October 10, 2013 print edition of the Daily Nexus.

There’s a difference between valid and inappropriate, and I think you really mean the latter. It is valid to say that an individual with a learning disability has mental retardation. In all but the academic circles however, this term carries with it a negative connotation and therefore is really not an appropriate identifier. The same could be said of one who has a mental disorder. I don’t actually agree that this is the case here, as I challenge you to tell any parent of a child who has been afflicted with autism or a young adult who has begun to… Read more »

Johnson, Thanks for the response. What I meant to point out was that the term disorder suggests the lack of any sort of valid (i.e., valid insofar as it exists and occurs naturally) order within one’s psychological makeup. Further, while the term may refer to instances in which “an individual who’s brain no longer functions with the same order and/or capacity of the population on average”, my real nitpick with the word in this context (as I hinted at in the article’s conclusion) is that it could well be interpreted to suggest that the disorder is primarily within the person,… Read more »